Why I'll Be Voting For Hillary Clinton
Odyssey

Why I'll Be Voting For Hillary Clinton

It's not just because she is a woman. 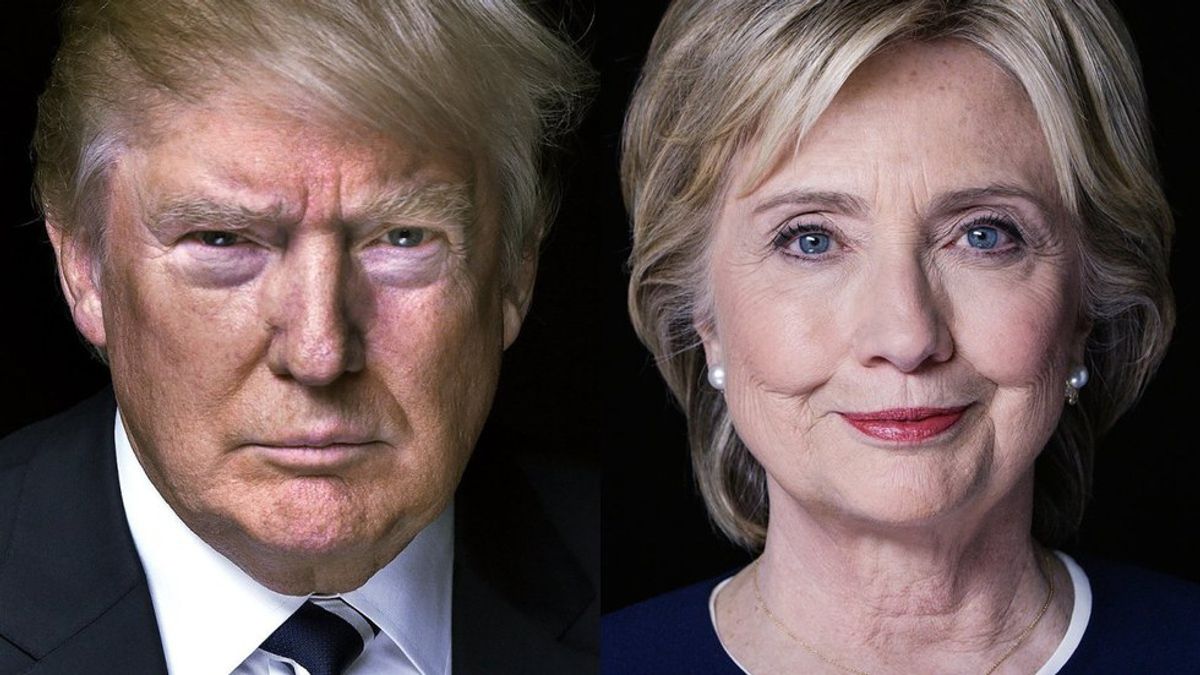 First off, everyone has a right to their own opinions and to vote for who ever they feel is the best fit to be our president. I'm no way saying that your particular opinion is incorrect, although I will suggest to rethink. I'm not a politician and I normally don't follow politics but I do know what each candidate is planning on doing while in office.

I'm voting for Hillary Clinton because I believe she will better America in sufficient and successful ways. I'm voting for Clinton not because she is a woman, but because she has the experience, drive, and sophistication to be the President of the United States unlike her competitor. Donald Trump is a disgraceful self-righteous orange Julius Caesar. He is the WORST candidate in the history of possible candidates for presidency. Building a wall won't solve our problems. Climate change is a f***king thing; it is not a "hoax".

On Clinton's website, there is a page that points out topics where Clinton and Trump stand on issues. I have selected a few to highlight in this article. These issues are what seem the most critical to me. Feel free to click the link above to look at where they stand on other issues.

Hillary has a plan to make debt-free college available to all Americans. You can calculate how much the plan will save you! Personally, I would be saving over $5,000 and have multiple benefits.

Trump has yet to lay out plan details on this issue.

Trump insisted that women "make the same if [they] do as a good job" as men.

Hillary will introduce comprehensive immigration reform legislation, with a path to full and equal in first 100 days in office.

Trump promises to implement a deportation force that will round up and deport 16 million people including 4 million American citizens born here to undocumented parents.

Trump thinks women who get abortions should face “punishment.”

Hillary will work to end the epidemic of gun violence by enforcing comprehensive background checks, closing loopholes, holding manufacturers accountable, and keeping guns out of the hands of violent criminals.

Trump has no plan to curb the gun violence epidemic—he even promised to end gun-free school zones as president.

Hillary has proposed policies to reform our broken criminal justice system, restore trust between communities and policy, protect the right to vote, and end the epidemic of gun violence.

Trump dismisses implicit bias and compares predominantly African American and Latino communities to “hell”—insinuating that all people of color live in what he calls “inner cities.”

Hillary will end the stigma around mental health, by:

Hillary has a plan to defeat ISIS, by:

On October 19th, the last debate was aired and a lot of things were said. Trump had a bunch of negative things to say about what is wrong with our country...

"Out inner cities are a disaster. You get shot walking to the store, They have no education. They have no jobs."

"Our country is dying."

"Our country is stagnant."

"Douglas Mcarthur, George Patton, spinning in their graves when they see the stupidity of our country."

“I think it's really up to all of us to demonstrate who we are and who our country is and to stand up and be very clear about what we expect from our next president, how we want to bring our country together, where we don't want to have the kind of pitting of people one against the other, where instead we celebrate our diversity, we lift people up, and we make our country even greater. America is great because America is good. And it really is up to all of us to make that true, now and in the future, and particularly for our children and our grandchildren..."

Trump continued in his love of name calling people by saying Clinton is "such a nasty woman" while she talked about Social Security and Medicare.

Personally, I'm done with listening to Trump calling woman horrible things. Trump is a horrible man. I don't understand how people, like his wife and daughters, don't see how he treats and talks about women. "Grab them by the pussy"... is that what you do to your wife and daughters Trump? If I were a boy (pun intended) I would treat women the same way I would treat my wife and daughters. It is disgusting to think a man who is running for president would say such a thing. I don't care if he is calling it "locker room talk". It actually isn't locker room talk..

Who are you going to vote for? We have three weeks left until election opens and we choose who to be our President. I advise you to choose wisely and actually vote! Do not say, "I'm not voting because I don't side with Trump or Clinton". There are options. Your vote is more valuable thank you think.