Why Connor McDavid Should Not Win The Calder Trophy
Odyssey

Why Connor McDavid Should Not Win The Calder Trophy

45 games do not equal a full season. 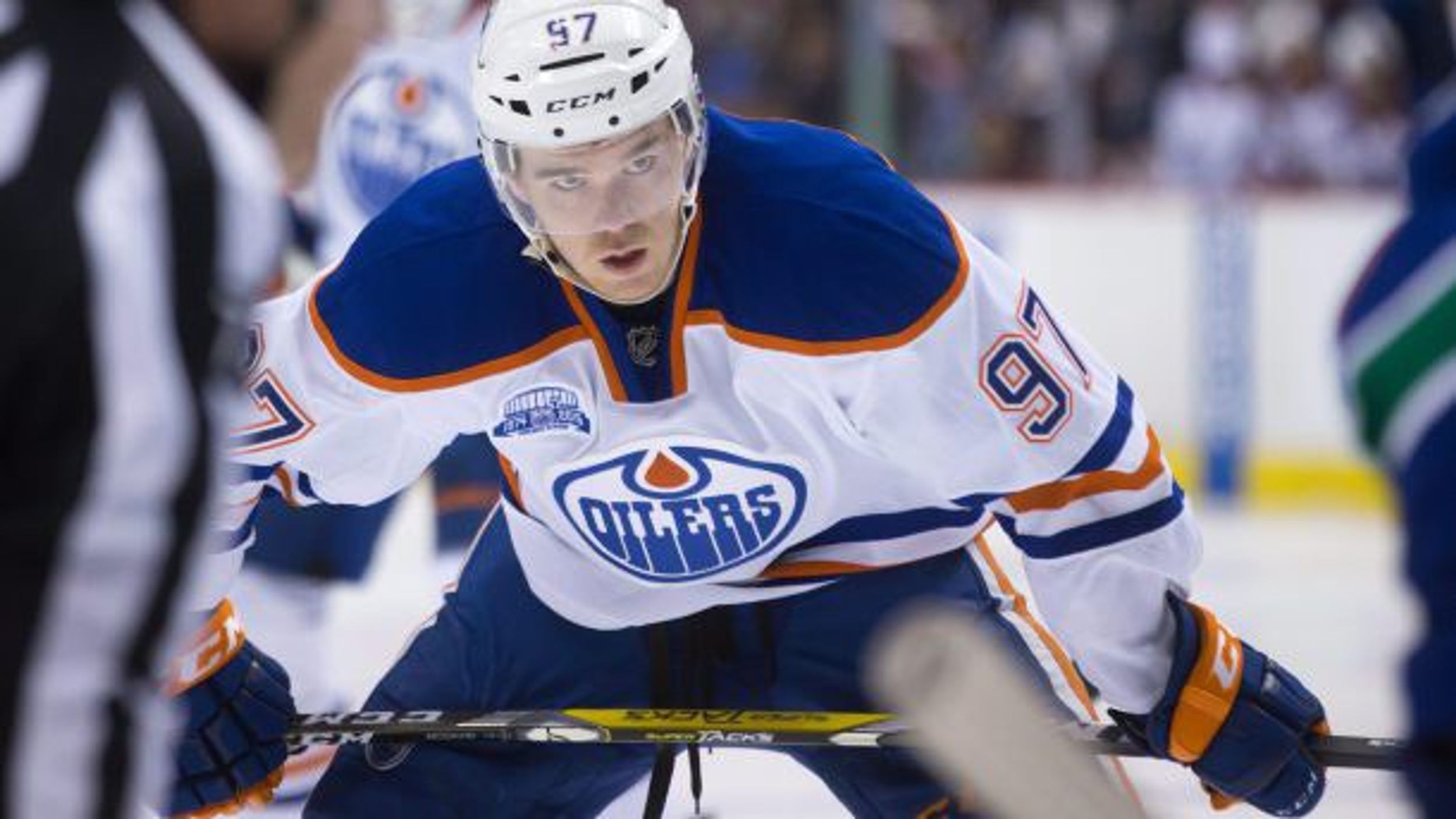 Connor McDavid, the 19-year-old NHL rookie playing for the Edmonton Oilers, is going to be special. There’s no denying that. McDavid was picked No. 1 overall in the National Hockey League draft last year and had no problem making the team right out of training camp. But just a few games into his season, he suffered a broken clavicle and missed a large chunk of the regular season.

Recently, the NHL announced that McDavid is one of the finalists for the Calder Trophy, which is given to the best-performing rookie in the League. McDavid joins forward Artemi Panarin of Chicago and defenseman Shayne Gostisbehere of Philadelphia as nominees for the award. But should McDavid really win the trophy -- not only over Panarin and Gostisbehere, but over all rookies? Per NHL.com, McDavid finished the season with 48 points (16 goals and 32 assists) in 45 games, ranking him fourth among rookies. In those 45 games, he produced at 1.07 points per game, leading all rookies. Stats don’t lie; McDavid put up impressive numbers.

The middle of the season is also the time when most players go through a scoring slump and the season begins to wear on them. The effects of this are felt through the end of the season. But because McDavid was recovering from his injury from so long, he was not fatigued at all, which gives him an edge over the other rookies who played for the entire season. Resting up for several months meant that he was able to have more energy in the games he did play in, compared to the other rookies who were grinding through the most difficult games and struggling to produce.

It’s also possible that McDavid’s success is a result of his teammates. Edmonton has been one of the worst teams in the NHL for several years, but they have one of the most talented groups of forwards in the league as a result of getting top picks in the draft for several years. McDavid plays with Taylor Hall (drafted No. 1 overall in 2010), Ryan Nugent-Hopkins (drafted No. 1 overall in 2011), and Leon Draisaitl (drafted No. 1 overall in 2013), to name a few. McDavid didn’t play with all of these players all the time, but no matter what line he was playing on, he was surrounded by players with a great deal of talent. One could also argue that Artemi Panarin was also a product of talent, as he was on a line with NHL star Patrick Kane for most of the season, but at least he was able to produce at a consistently impressive rate for the entire season, something that we can’t confirm would have happened with McDavid.

Another argument against McDavid winning the trophy is that, even with his own talent and the amount of talent surrounding him, he really didn’t do anything to improve the Oilers as a team. In the 2014-15 season, the Oilers had 62 points. This past season, they improved to a mere 70 points. If McDavid’s point totals are good enough to qualify him to be considered for the Calder, should he not also be held partially responsible for the team's lack of improvement?

There are other rookies, two in particular, who could have been nominated for the Calder instead of McDavid. These rookies helped to improve their teams without the amount of talent that McDavid was surrounded by. These two rookies are Max Domi of the Arizona Coyotes and Jack Eichel of the Buffalo Sabres. Eichel and Domi finished second and third, respectively, in rookie scoring this season, behind Panarin and ahead of McDavid. Domi finished second on the Coyotes in points with 52, and Eichel finished second on the Sabres with 56 points. Both of these players helped their teams improve as well; Arizona went from a point total of 56 in 2014-15 to 78 this past season, and Buffalo improved from 54 to 81. It’s also important to note that neither Domi nor Eichel got to play with players with the amount of talent that Edmonton has, yet they still were able to perform very well and help their teams.

It’s difficult to determine who the winner of the Calder Trophy will be, especially in such a spectacular season for rookies around the League. But with all of the options to choose from, is it really fair to pick someone who only played for half of the season? If his point totals are impressive enough to consider him for the top rookie, then why is he not also being blamed for Edmonton’s lack of success this season?

Caitlyn Morral
St Bonaventure University
3793
Wordpress
Odyssey recognizes that mental well-being is a huge component of physical wellness. Our mission this month is to bring about awareness & normality to conversations around mental health from our community. Let's recognize the common symptoms and encourage the help needed without judgement or prejudice. Life's a tough journey, we are here for you and want to hear from you.