Why College Athletes Shouldn’t Be Paid 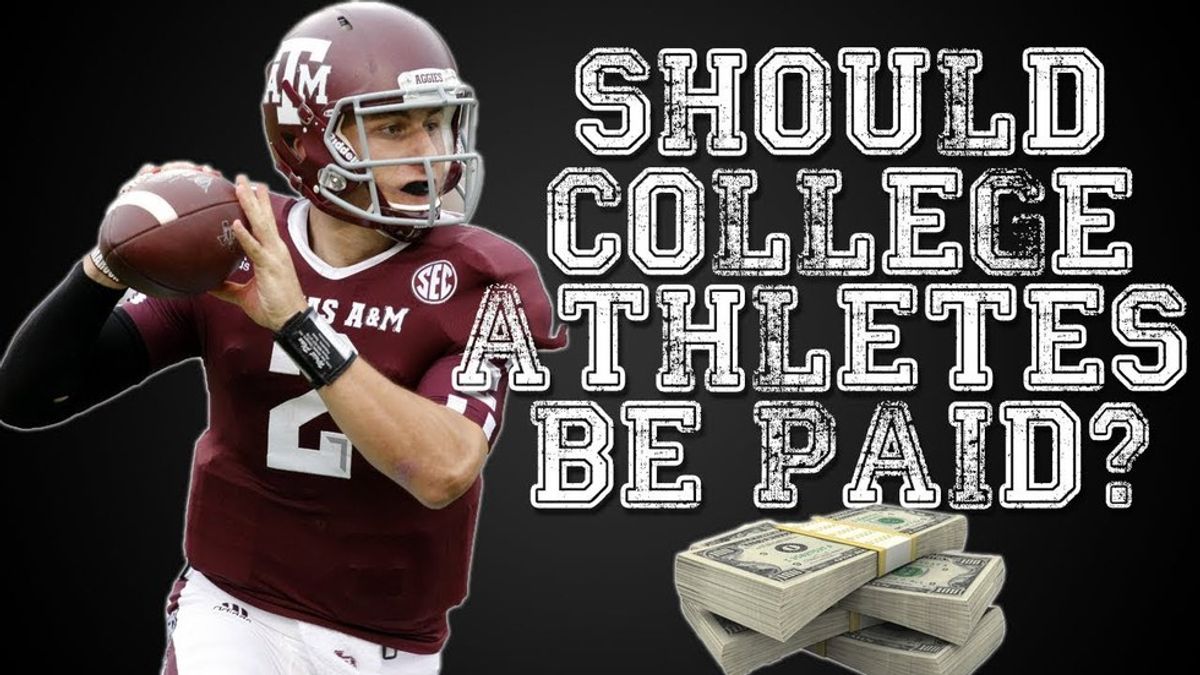 Recently college athletes have been in the news protesting the fact that they should be paid. As college alumni, this is personally frustrating to me. I believe that you have to earn your degree and that getting a scholarship is plenty enough. Here are some other reasons why I feel that college athletes should not be paid.

College Sports are a Privilege

Of the eight million high school athletes, only 480,000 will become college athletes. College sports is earned and is not a right. You are a student-athlete, "student" being the first part. There is incentive enough in getting to play the sport you love without being paid and turning it into a job.

You do not have to go far to see why paying college athletes would be a tremendous issue. Just go watch ESPN’s 30 for 30: Broke on Netflix. Several examples of how young athletes had no concept of money or financial management. These athletes’ ages ranged from 20-25 not 17 and 18-year-old recent high school graduates. So do our society a favor or at least the athlete themselves by sending them to college, and teaching them about financials at the very least.

If the NCAA allows college athletes to get paid the divide among Power 5 teams and non-Power 5 teams will be even greater. The Power 5 colleges get a majority of the revenue and would have more resources to use to pay their athletes. Forget about the smaller schools getting big name prospects because the Power 5’s money would win all recruiting battles.

This is actually one of the reasons why someone said college students should be paid. However, I disagree. If you are paying athletes it will never be enough. As greedy as our society is, if you are going to go to the next level why get paid a couple thousand in college when you can go pro and make hundreds of thousands or even millions of dollars. If you are not going to the next level, whether you get paid or not, you will probably finish your college degree as that now holds the keys to your future.

In 2014, the graduation rate for college athletes was 86%, which has been steadily on the rise over the past decade. Now not all of these people were on scholarship, but the payment of a scholarship is enough because this scholarship gives people a chance to get a college education that maybe wouldn’t. Furthermore, the chances of getting drafted out of college are less than 0.1%, and if you do go professional, the average athlete only plays between 3.5 - 5.6 years (depending on the sport). So if you ask me, take your four/five year scholarship combined with all the money you make from your degree and that’s enough payment.