Why American Football Is Stupid

Why American Football Is Stupid

Commentary on a game from someone who doesn't know the rules 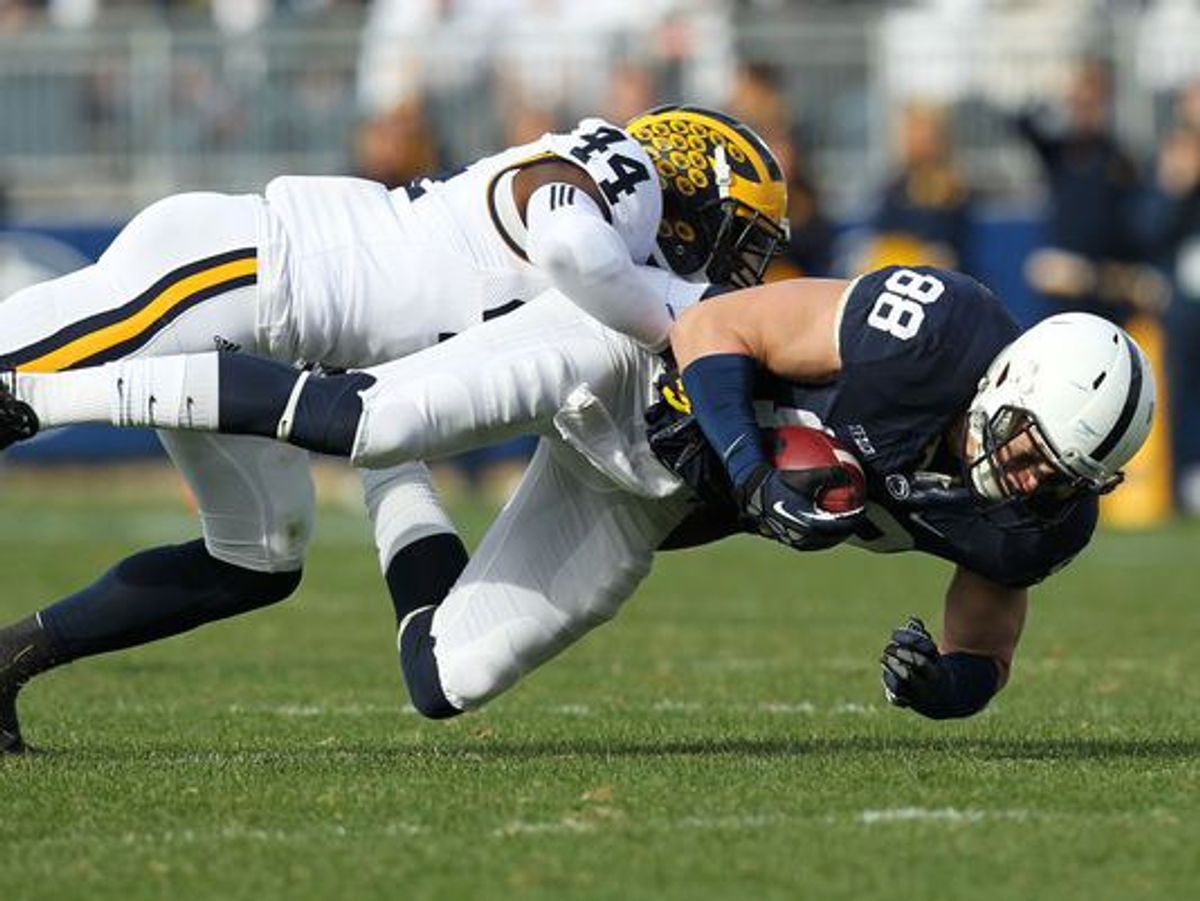 On Nov. 21, I went to see the Penn State Nittany Lions play a game of football against the University of Michigan Wolverines.

I'm not really the kind of person that cares at all about sports. For the past two years, I've gotten obsessed with soccer during the World Cup (I'm still supporting Tim Howard as Secretary of Defense), but that's basically the extent of my experience with sports, professional or otherwise.

So why was I at the game? A friend of mine was able to get the tickets for cheap, and I'd never watched a football game, whether on TV or in person, so I figured it'd be an interesting experience. And it was. I had a ton of fun. But I realized one thing: American football makes absolutely no sense.

Now, I'm not saying that football is totally illogical. I acknowledge that it has a complex rule structure. What I'm saying is that those rules are opaque to outsiders like me, which make many of the actions taken by the players feel arbitrary.

Let's start with what feels the most arbitrary to me: the point values. Your favorite player just got the ball into the end zone. Quick: how many points was that worth?

Well, it depends on how the player got it there. Did he get a touchdown? Six points. Or did he kick it between the posts for a field goal? Three points. On top of that, players are allowed to try for an extra point or two after a touchdown, because why-the-hell-not.

Now, of course, you could say "Well, of course touchdowns are worth more than field goals, since they're harder to get." But that doesn't really address my criticism. Why six points? It just feels as though it were randomly selected.

I contrast the scoring system with soccer. In soccer, you score one goal, you get one point, because you did one thing. In American football, you score one touchdown, you get six points. WHY?

And then why does everything stop so much? A football game puts an hour on the clock, but then takes four hours to actually run the time down. Contrast this to soccer, for which 90 minutes typically lasts for around two hours. And then there's baseball, which at least has the decency to admit that it has no idea how long nine innings will last.

To an outsider like me, it felt like the players just needed to take a couple minute break after doing...just about anything.

It was all sort of a surreal experience. I was surrounded by literally 107 thousand other people, and it felt like every single one of them intimately understood what made zero sense in front of me.

I knew none of that. And that's what made the whole experience so interesting to me. For about four hours, I was totally immersed in a culture that I am in no way a part of. It was uncomfortable, but fascinating.

But the game still makes no goddamn sense.