When Suicide Is An Option

When Suicide Is An Option

Though suicidal thoughts are something I've struggled with half my life, I cannot allow myself to commit it. 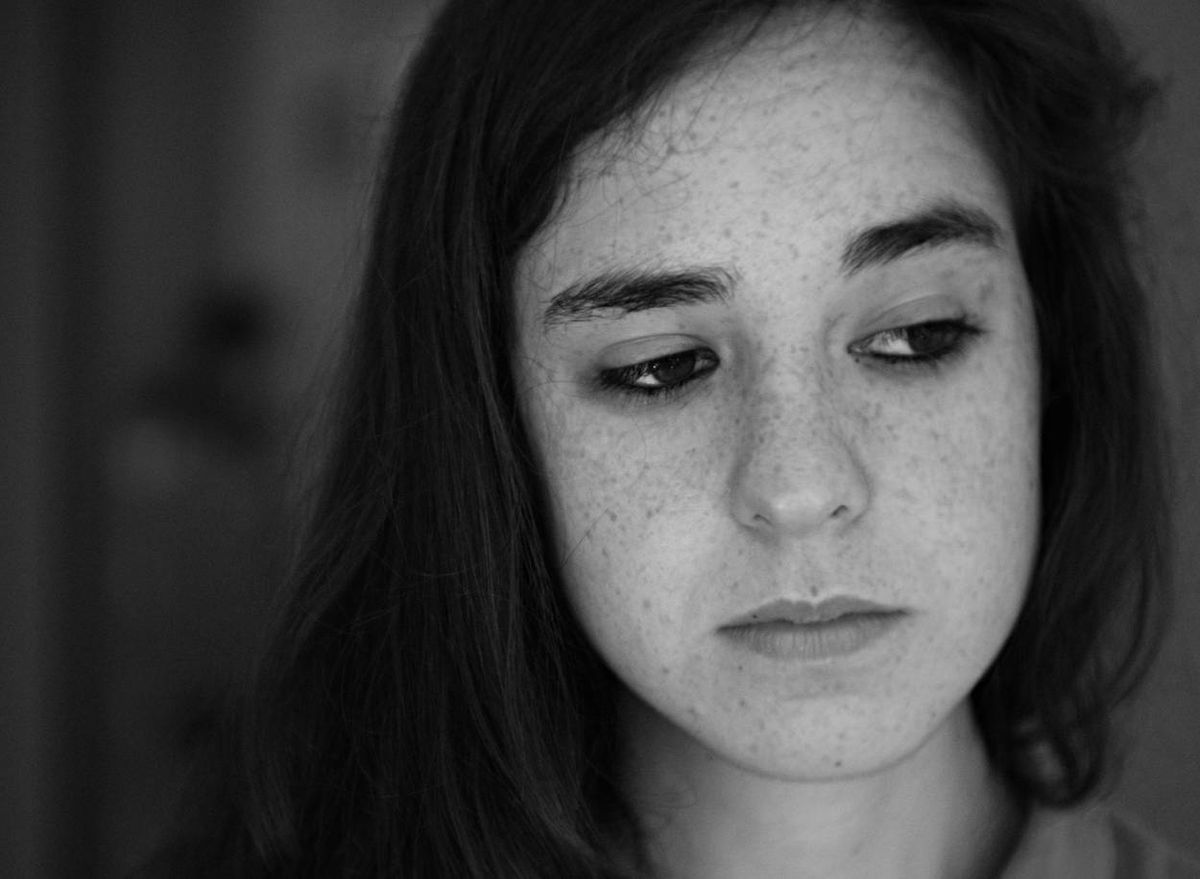 I've had suicidal thoughts since I was 12 years old.

Let that sink in.

I'll never forget coming homing one day from school, at the end of seventh grade, and my mom came into my room crying, tipped off by someone that I was suicidal. She was sobbing, asking what she and my father had done wrong, begging me not to kill myself. I remember thinking there was nothing they could do--nothing they had done either, it was just a part of me.

I remember how indifferent I felt watching my mother cry in front of me, when she was afraid that a parent's worst nightmare would be coming true. But to me, the thoughts and feelings were natural, and I didn't understand why people would think otherwise.

As I got older, I went through phases of feeling and being more suicidal than other times. I remember the thoughts coming like waves here and there, sometimes crashing over me on repeat, sometimes just barely grazing the shore. I remember thinking that, as I got older, something maybe was wrong with me. No one else would talk about suicide, and if they did, they demeaned it, said it was cowardly and selfish, that is was wrong and a shameful thing.

It was a big talk in town when someone we knew or had a connection to committed suicide. But no one praised it, no one said they understood why the person did it, no one addressed the aspects of the person and what drove them to do it. Instead, suicide was an excuse to gossip; it wasn't actually taken seriously.

It was talking to fill the time, as long as you didn't bring it up in a more serious, curious light. You didn't ask questions about suicide, you just shook your head and brushed it off.

So as I grew older, I began to realize I couldn't openly share my suicidal thoughts, that I couldn't really reach out to others for help or talk out how I was feeling. I couldn't reach out for assurance that I wasn't alone in my thoughts, that maybe I had reason to keep living, that someone understood how I felt and why I kept feeling this way.

When I became anorexic, I think that, in hindsight, it was just another way to kill myself. It was slow, long, painful, but it was working with enough time. I should've been hospitalized on three different occasions, but I was stubborn and refused. I didn't want to get better because it meant I'd have to live, really live, and I wasn't ready or wanting that. I wanted to disappear; I wanted to die.

And when I finally did start to recover after years of waiting for death to take me in my anorexic form, in either a heart attack, kidney failure, or my heart stopping in my sleep, I still wasn't ready to live. It's been just over a year since then, and so many other drastic things have happened in my life this past year (for better and for, definitely, worse).

In the past year, though, I've attempted suicide twice, and prepared for two more attempts.

Before that, I would only plan here and there, but never before have I actually attempted or planned as thoroughly as I have, especially in a span of just less than a year.

Living with these thoughts is complete and utter hell. They may come and go in their severity, but they never leave. I'm stuck with them, and at this point, I always will be.

Stopping suicidal thoughts isn't easy. There is no magic switch. People can tell me all they want to "stop thinking that way" or to "think more positive." But it's not that easy. The thoughts won't stop; it's been basically half my life I've had them, and if I could stop them, trust me, I would have a long time ago.

Also, in a sense, idealizing my own suicide is a positive way of thinking. It means no more suffering; it means no more stress, responsibility, pain, anger, heartache, embarrassment, regret, guilt, shame, sadness, tears, etc. etc. So thinking about it sometimes brings me peace.

But even though I understand that suicide is an option for me as an individual, I cannot commit it.

I can't commit it because I do still have goals and dreams and opportunities for a future, better life. I will say though, that I haven't really planned on anything past the age of 40, afraid that I may not even make it to that point, but I do recognize the impact I am having on my life and others' that can lead to greater opportunities than I ever imagined in my life. I have aspirations I want to achieve, but my suicidal thoughts hold me back.

I can't commit it because I have SO many people who would be tremendously affected by it. My family--parents and brother especially--would be utterly broken. I'm not sure my mom could cope; I know my father and brother could cope, but pieces of them would be broken and missing forever if I killed myself.

I can't begin to imagine the pain they'd all suffer, and extended family too, especially after all the time, energy, money, and sacrifices they've made for me my whole life. The times they stayed with me or came over to check on me or called me because they were afraid I'd do something, it would all be for nothing if I died. Because I love and care for them so much, and because they do for me as well, I have to keep fighting my suicidal thoughts. I have to.

The same goes for every one of my friends that stop what they're doing to call or see me when they're afraid I could do something. For all the time and energy and money they've spent on me to help me feel okay, it would be a waste if I died. My friends have been a tremendous support in helping me stay alive and acknowledge reasons for living and fighting for.

But all the support in the world can't stop my thoughts or the thoughts that others have.

Suicidal thoughts are often very, very serious, and often cover a variety of problems the person has. They should be taken seriously; they should be confronted and helped.

If I didn't have friends and family who cared so much about me, I may not be here today.

If I didn't take the initiative to call the doctor the morning after my first suicide attempt to get help, if I hadn't reached out to friends just a few months later during my second suicide attempt, and if they hadn't come or called to help me--one even reporting me to my university so I could get medical help--, I may not be here.

If I hadn't openly talked about my struggles and thoughts and plans months after the second attempt, and even just a few weeks ago, I may not be here.

But because I acknowledge and accept these thoughts are a part of me, and I am not afraid to reach out when things get serious or to have family and friends sacrifice for me to make sure I stay alive.

Suicide is very real. Suicide is an option to so many people, including me. But it shouldn't be.

Suicide needs to be addressed and talked about more. There are ways to cope and fight the thoughts and tendencies and actions, but it takes help and support from others.

There are ALWAYS reasons worth living and fighting for. Always. Even if they're hard to recognize, they're there.

It may seem impossible right now, but you always have reasons to stay alive. There is always, always, always a reason to live, even when you feel like suicide is an option.