Why Survivors Don't Owe Forgiveness to Anyone 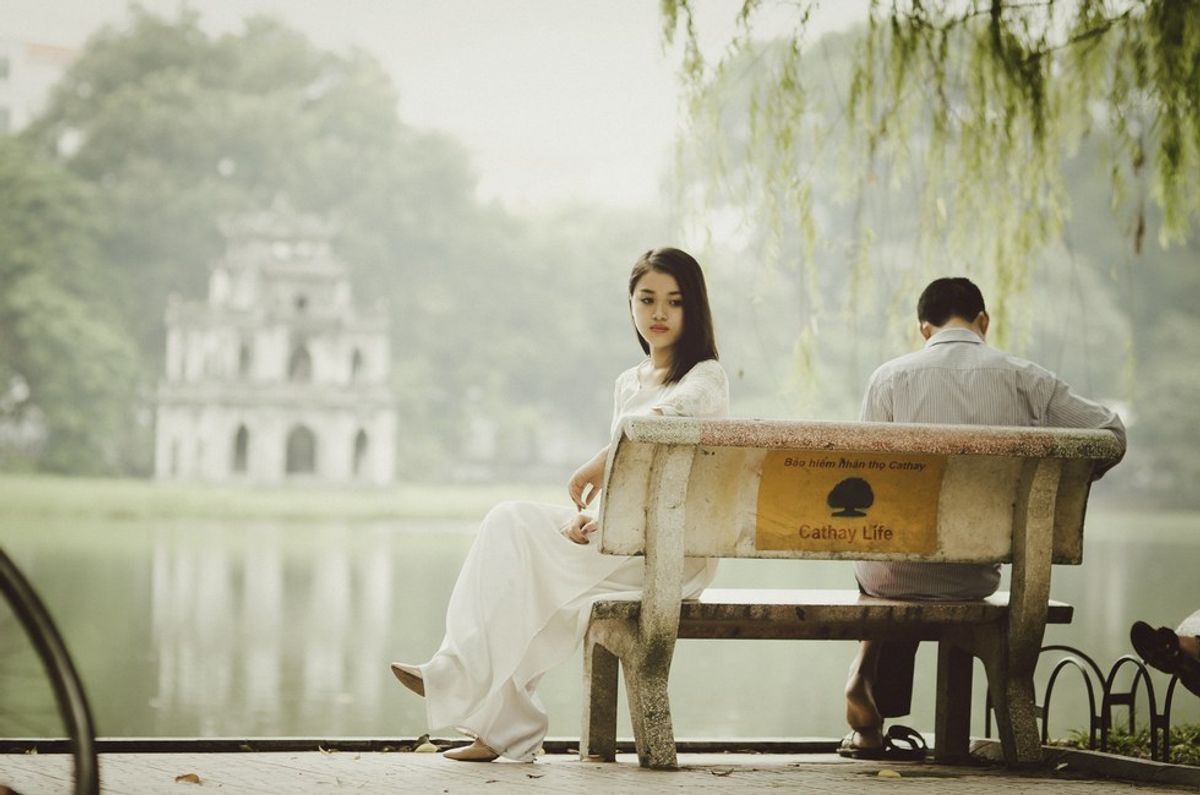 In the months after I was assaulted, I heard a lot of awful things. People who didn’t believe me or wanted to protect my assailant said I was lying, I “didn’t know what assault really is,” or that I was hysterical. I thought we agreed to leave that word back with Freud where it belongs, but all right. I expected a level of this, I expected the victim-blaming. But what I didn’t really expect was for it to come from my supporters.

I was angry. I was furious. And this was supported, because I was channeling it “appropriately.” I organized a panel to discuss the rampant transphobia at my university that led to my assault, and the subsequent covering up of my assault. I reached out to other survivors. I tried to make my experience worth something. People I loved said wonderful things to me. I was told how strong I was, to keep fighting, that I was doing the right thing and would someday get justice.

A few months later, and I was still angry. But there were no more panels. I had been beaten down by every authority figure I reached out to, the police had closed my investigation, and my assailant had gotten away with it scot-free. I was helpless, and I was angry about it. People I loved began getting irritated with my anger. I began getting a lot of people telling me this:

“Hating him and being angry is like poisoning yourself and expecting him to die. Being so angry at him is only hurting you -- feeling like this is letting him win. If you forgive him, then you win.”

And all of a sudden, it was my fault.

The people who said these things to me didn’t mean to blame me. They were people who truly loved me and wanted to see me recover. Their intention was to help me be happy again.

The quick answer is no.

Emotions are like water. They come and go in waves, some larger than others, but you can never drain the ocean. When you are overcome by fear or grief or anger, all you can do is hold your breath and wait. (Getting out of the water and just watching the waves roll by from the safety of the beach, that’s dissociation.)

You cannot control your emotions, only your reactions to them.

These statements come from the same place a lot of victim-blaming comes from. It’s easier to tell victims to forgive than it is to tell assailants not to hurt others. Because victims are more likely to care about right and wrong than people who purposely hurt others. It feels like a quick fix -- if victims can just let this one thing go, then they won’t be so miserable anymore. Sadly, that’s just not how it works.

Survivors are constantly barraged with messages that forgiveness is the epitome of recovery, that it is something we owe to the world, to our assailants, to ourselves. While these sentiments are often well-meant, they are harmful to survivors and can do just as much damage (if not more) as outright victim-blaming.

And honestly? Screw forgiveness. You are not obligated to forgive somebody. Being angry is not letting them win, because your emotions are not weapons to be used against you.

Forgiveness will come in time. But due to statements like these made by misguided supporters, victims often feel pressured to jump right to it, to forgive their assailants and move on with their lives right away. It is not criminal to be angry. It is not shameful to feel.

For many, this is our first step towards reclaiming our decisions, our ability to choose what happens to us. Survivors didn’t get to choose if we were assaulted or not. But we do get to choose whether or not to forgive our assailants. We get to choose how to deal with our emotions.

You can embrace your emotions. Take your anger and run with it. Scream it, feel it, live it. This anger, this explosive rage, this is what it’s like to live with being a victim. This is what it is to be alive. It won’t be forever, though. Once you work through your emotions, once you allow yourself to feel them and accept their existence, they will cool. Forgiveness can come later. It never needs to come. That’s up to you.
Report this Content
This article has not been reviewed by Odyssey HQ and solely reflects the ideas and opinions of the creator.