We Are All One Human Family

We Are All One Human Family

We are more alike, my friend, than we are unlike. 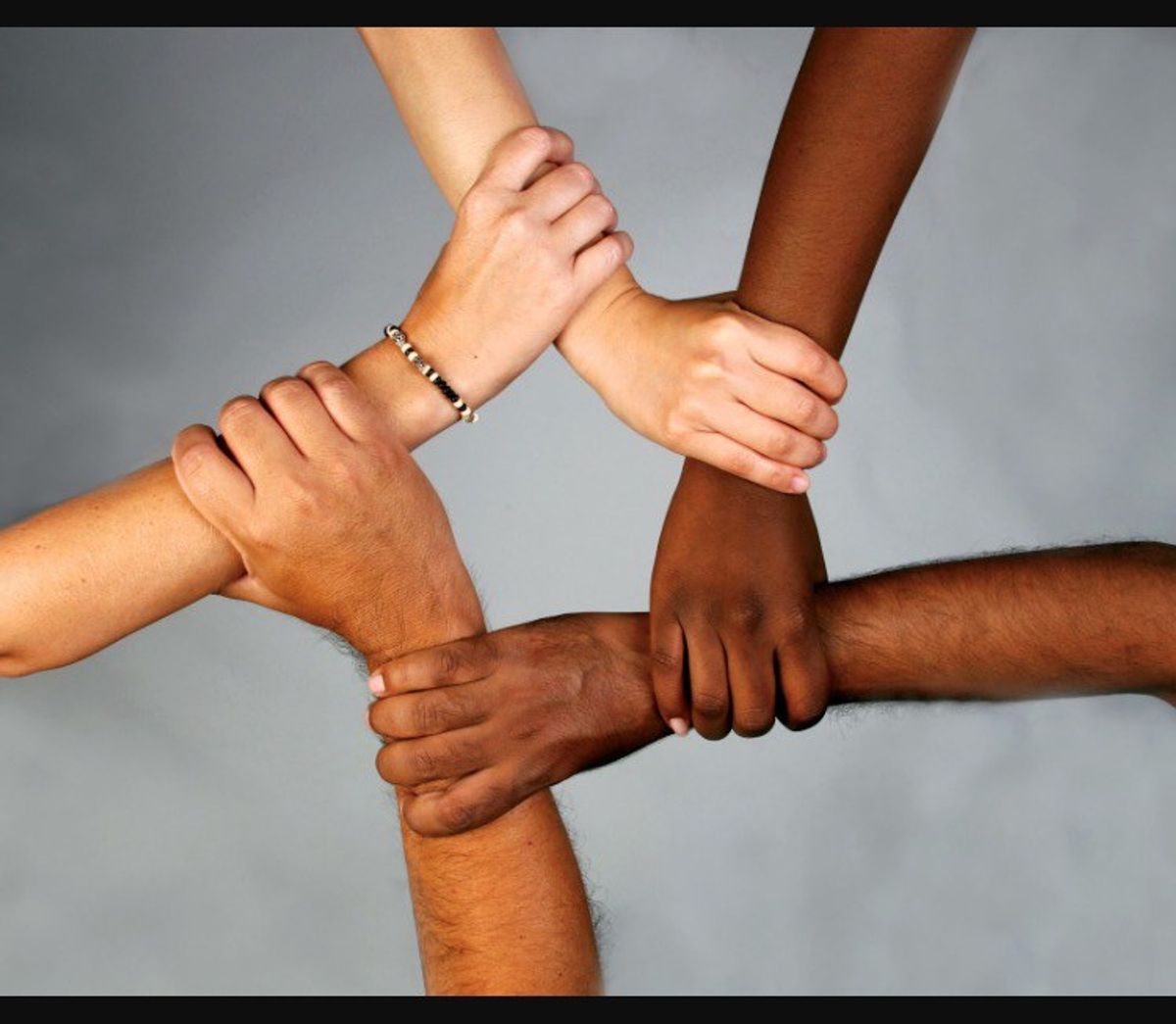 During the Opening Ceremony for the Olympics in Rio de Janeiro, Apple aired a new commercial called "The Human Family." It is based on their "Shot on iPhone" campaign and is a montage of photos captured by people from around the world. They feature various snapshots and videos of faces around the world that flash for a moment and then fly away, much like a montage. Juxtaposed against a white background, the photographs and videos feature different people- of all different ages, genders, orientations and nationalities. Despite all of that, what is probably the most significant part of the ad is what is being read throughout it- "The Human Family" by the late Maya Angelou.

Throughout the commercial, Maya Angelou reads parts of her poem. It has been shortened probably for time, but that does not take away from the message being shared. Maya Angelou explains that we are all one human family, made up of various colors, ages, orientations, etc, yet despite how different we are, we are more alike than unalike.

This commercial could not come at a better time and Apple picked the perfect time to debut their ad: during the Opening Ceremony of the Olympics where people from all around the world are tuning in to watch their country's athletes enter the arena. On a night when people from all around the world are coming together to cheer for and support their athlete's, Apple is sharing a message that would appear has been forgotten, given the events that have taken place throughout the world over the last few years, but especially in the last few months.

I encourage you to take the time to read the poem in its entirety. Maya Angelou does a remarkable job sharing a message that far too many people have forgotten or simply neglect: we are all the same. Sure, there are countless things that set us apart from the millions of people in this world. We have all heard it, "there is no one like you," or "you are uniquely you," and to a certain extent, yes. There is only ever going to be one me. My experiences and the things I go through are unique to me. No one will ever have the same eyes as me. My scars and birthmarks are all unique to me.

However, that is not what Maya Angelou is trying to illustrate. She says "in minor ways we differ, in major we're the same." Angelou points out that it is the most minor things that make us different from other people, but in the major things, we are really more alike than we seem. We all weep and mourn. We all seek success and thrive. We love and laugh. We all born and eventually, we all will die. We are all human.

Yet we don't always acknowledge that. We neglect to remember that we all struggle. We all go through rough times. We look at people who are worse off than us and turn a blind eye. We pretend we don't see the poverty that is happening all around us. We are quick to say, "they did it to themselves." In today's society, poverty and destitution are all around us. If you have not seen poverty first hand, I encourage you to step outside of your bubble of privilege and volunteer your time for just one day. You will be amazed what you will see.

People no different than you. People who laugh and love. People who mourn and weep. People. Yet we are so quick to say, they are so different than us, but really, they're not. In all that is going on in our world, we have forgotten that at the end of the day, we are all human, just trying to get through this thing we call life.