I Was Hit By A Drunk Driver
Odyssey

I Was Hit By A Drunk Driver

You never think it will happen to you; then it does. 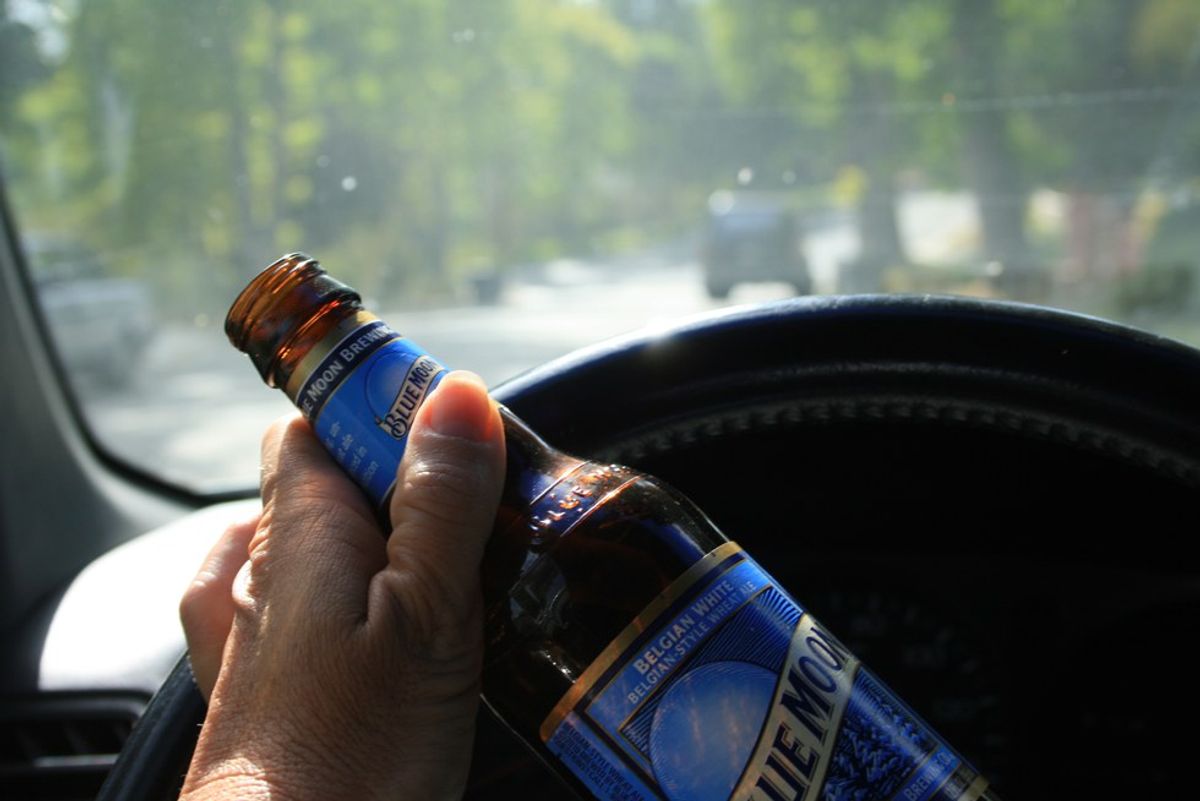 But we don't really mean it. We know we do it. We're late to class, to work, to a meeting. We cut it close, crossing too quickly, causing cars to slam on their breaks because we are the pedestrian and we have the right of way. But what happens if the cars don't stop? What if you aren't seen? Or what if the driver is drunk? They're all 'what if's' right? But WHAT IF they're not?

February 11th, 2017, I was in my dorm room getting all dolled up for my roommate's boyfriend's Valentine's Day party. I spent a good hour getting ready, as most of us do in anticipation for a night out. As my boyfriend and I got into the Uber I looked at my S.O. and said, "There's a full moon out tonight. We shouldn't go out." And like many of you reading this now, he thought I was ridiculous and reassured me we would be fine.

It was a fairly small get together. Just a few friends with Valentine's Day-themed cocktails, but being the introvert that I am, I was spent about an hour in. We decided to walk back to the dorm so that we could grab food on our way back. As we were waiting on the sidewalk to cross a two-lane, one-way street, I felt a powerful punch, like a sumo wrestler decided to play tackle football. For a split second, I saw my legs in the air and I was on the ground.

I heard screaming, panic, chaos. The driver had attempted to make a turn and didn't turn enough; she hit my boyfriend and me on the sidewalk. She got out to see if I was ok. Once she saw we were conscious, she begged us not to call 911. We stated we had to; she got back into her car to flee and hit two more cars in her getaway process. This is when we realized she had to have been drunk. My boyfriend got off with a few bumps and bruises. I have a few more extensive injuries, but all in all, we were lucky.

Alcohol-impaired driving fatalities accounted for 29% of the total vehicle traffic fatalities in 2015. An estimated 10,265 people who were killed in drunk driving crashes involving a driver with an illegal BAC (.08 or greater). Among the people killed in these drunk driving crashes, 67% (6,865) were in crashes in which at least one driver in the crash had a BAC of .15 or higher (the driver mentioned had a BAC of 0.185).

That incident negatively impacted motor vehicle owners, pedestrians, and most of all, the driver. No, she was not injured. But she was twice over the legal limit at only 11:30 p.m. It makes me worried how she got that way. If she was peer pressured, or in a contest, or just completely unaware of her limits. And where were her friends? Did they not stop her from driving, or was she alone? This will follow her forever, into grad school, future jobs, and future legal matters. I will heal. But will she?

Drinking is such a part of the college culture. There's no changing that, but the number of students on the road impaired needs to. If you want to drink yourself into a stupor after a week of exams, that's on you. When you then decide to drive, you are deciding to operate a deathly weapon while your senses are compromised. When you decide not to intervene when your friend is not in a driving state, you are allowing your friend to walk headfirst into a battlefield. That accident effected everyone who she came in contact with that night; her friends, the partygoers, and the victims. To answer my own question, everyone is effected by drunk driving. And it's your choice; to be positively influential, or negatively impacted.