Virginia Tech had a disappointing loss to Syracuse on Saturday, 31-17. Below is a recap of the game by quarter. 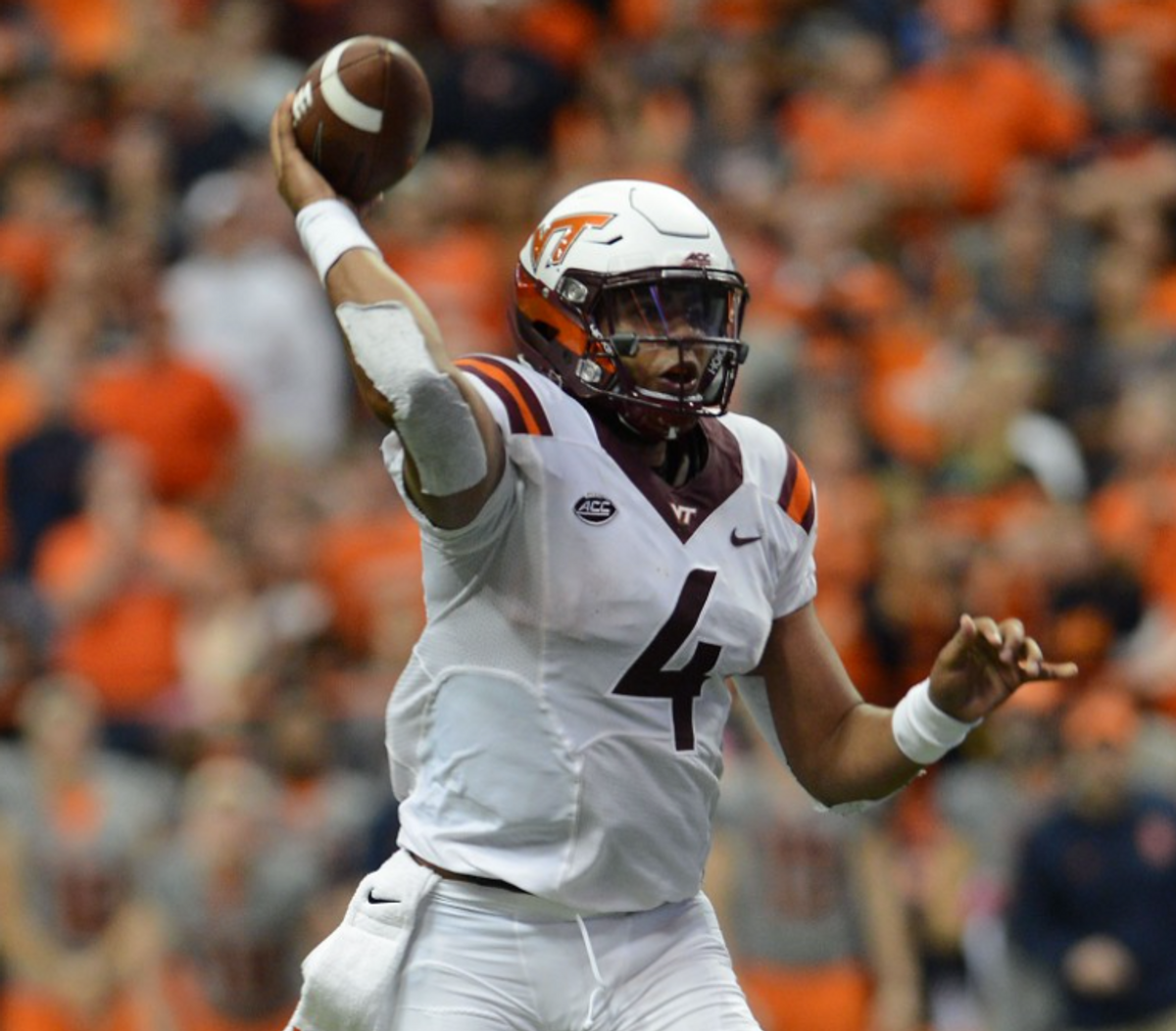 Virginia Tech has dominated the field in all three facets of the team for the past three games, pulling out a win each time. However, Saturday afternoon the Hokies struggled to take any lead over Syracuse in New York, getting outplayed 31-17. Below is a recap of the major plays in every quarter.

1. On the third down of the opening drive, Syracuse’s quarterback Eric Dungey threw a deep 58-yard pass to wide receiver Ervin Phillips down the center of the field. The Orange quickly took the lead 7-0.

1. The first drive of the second quarter by Syracuse resulted in a pass down the middle of the field to senior wide receiver Brisly Estime for 84 yards into the end zone. The Orange used a deceptive formation to fool the Hokies with Dungey handing off to sophomore running back Dontae Strickland to make the pass and take the lead 14-3.

2. With 11:10 remaining in the half, Dungey hit junior wide receiver Steve Ishmael with a 31-yard pass to the very edge of the left sideline. After being reviewed, it was confirmed a complete pass that put Syracuse at Virginia Tech’s two yard-line. The Hokies’ defensive players Vinny Mihota, Ken Ekanem, and Brandon Facyson did an excellent job with stopping the Orange in red zone, which could have potentially led to their third touchdown.

3. Sophomore wide receiver C.J. Carroll made an impressive play when he leapt forward to catch a 49-yarder by junior quarterback Jérod Evans. On the following two plays, Virginia Tech attempted a touchdown and a field goal, but missed both opportunities; therefore, the score remained 14-3 with 3:00 left in the half.

4. Junior kicker Cole Murphy on Syracuse kicked his career long field goal of 51 yards in the last four seconds to close out the half 17-3.

1. Sophomore running back Travon McMillian executed two explosive runs, moving the Hokies quickly down the field. Evans passed down the middle to junior wide receiver Cam Phillips for 21 yards. To cap off the drive, Evans hit junior wide receiver Isaiah Ford with a 12-yard touchdown pass. Ford had great adjustment on the catch, twisting into the left corner of the end zone. Catching up, Virginia Tech climbed 17-9 with 11:19 left in the third quarter.

3. Sophomore rover Terrell Edmunds leaped into the air to make an interception in the center of the end zone on a 29-yard touchdown pass.

4. Phillips ran right past coverage to the left sideline for 52 yards. However, when in the red zone, Syracuse’s Williams intercepted the seven-yard touchdown pass into the center of the end zone by diving forward on the underthrown ball.

1. On the first drive of the fourth, Evans slant passed left to junior tight end Bucky Hodges running in easy for a 10-yard touchdown. For the extra points, Evans rolled out and passed straight to redshirt freshman tight end Chris Cunningham for an extra two points, tying the game 17-17.

2. Dungey kept the ball and used the herd to push him just over the goal line one yard to steal the lead again 24-17 with 7:56 left in the game.

3. Strickland broke four tackles running up the middle for a 16-yard touchdown to close out the game 31-17.

Caitlin Marie Grimes
University of South Florida
10646
Beyond The States