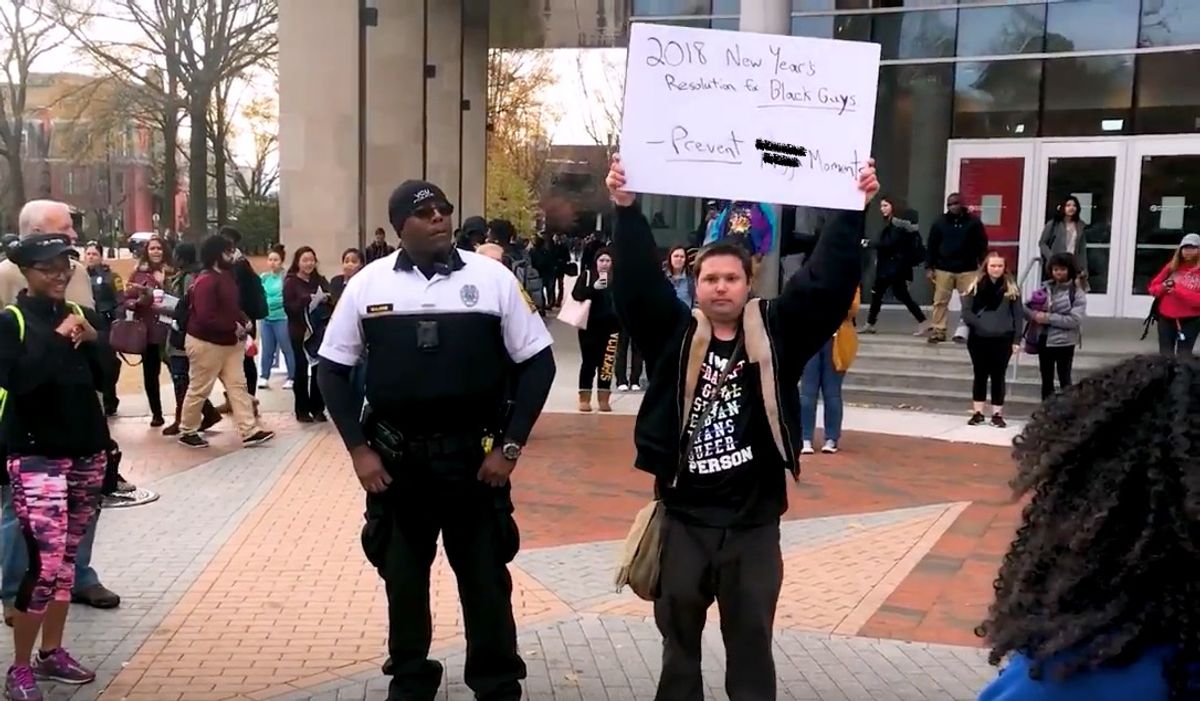 VCU's sign guy, Tyler Lloyd, was recently arrested for yelling inflammatory and racist phrases at locals. For the majority of the school year, Lloyd has stood in the VCU compass and has held a variety of signs that project his personal views on to students. Lloyd's urge to stand up for his random beliefs hasn't been an issue until last month when his sign targeted a specific demographic that he is not a part of.

On December 7th, 2017, my friend and I were wandering through the campus and ran into the uproar brought by this man in front of the Virginia commonwealth James Branch Cabell Library. Tyler Lloyd's sign read, "2018 New Years resolution for black guys: prevent nigga moments." Unfortunately, his arrogance simply did not stop at the sign. He tried to convince the crowd that the n-word should be allowed to be said by any race and that people should stop being so sensitive in this subject. He had a few supporters online however, thankfully, most of the student body present disagreed with his racist outcries.

As seen in my friend Noah McKinney's Youtube video, Man yells "N-word" toward police and students at VCU, Lloyd proceeds to yell at a police officer and many locals. You can hear him say things like “you need to learn how to grow up and not be threatened by words” and “you’re the ones being hateful.” Many are arguing that Lloyds approach is not even remotely what the freedom of speech is about while other believe that it was in practice.

Eventually, after the police officer patiently stood next to the man and protected him from being attacked by the offended student body, Tyler Lloyd was arrested for his hate speech.

Nicole Marie Nigro
Individual Creator
6057
c1.staticflickr.com
Where to start...... Let me start with the cliche that life throws us curveballs and what we do with it is what counts.