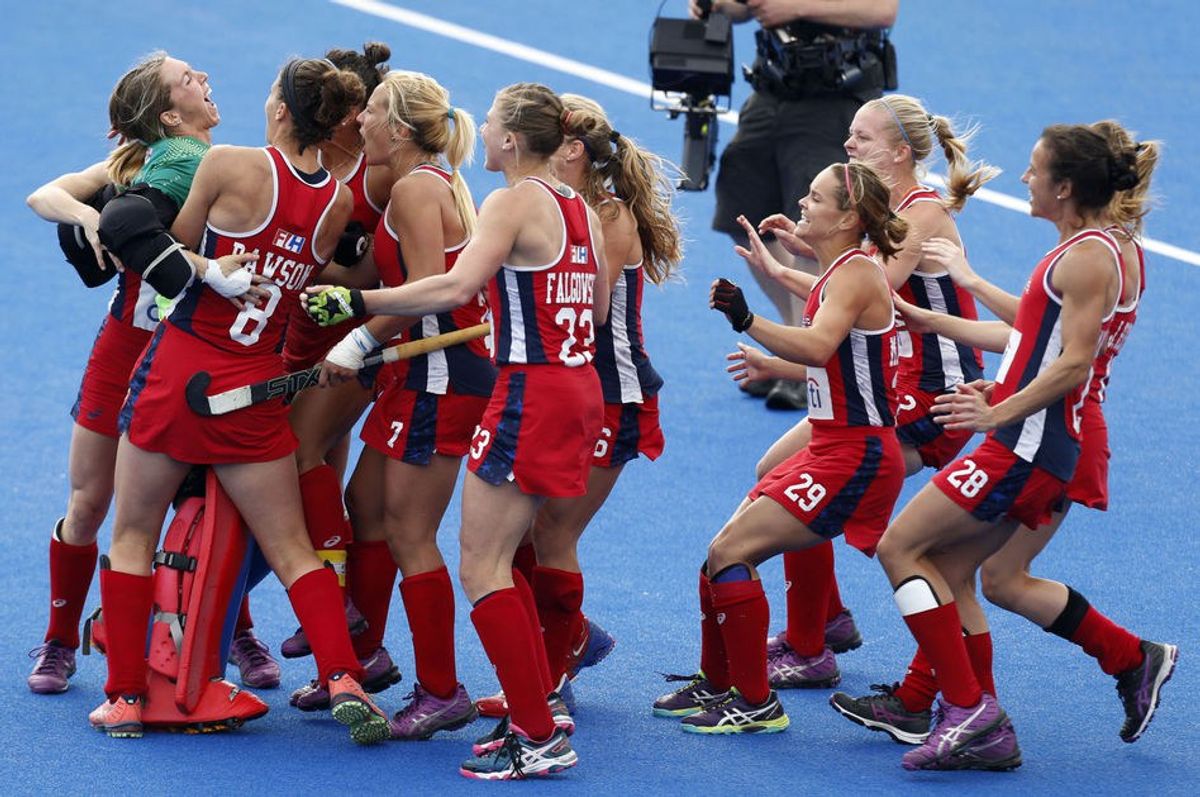 The U.S. Women's National Field Hokey team came out very strong in the 2016 Rio Olympic Games, winning four out of five games over globally ranked Australia, Argentina, Japan and India. The crew withstood their first loss to the ever-feisty Great Britain squad during a game that could have gone the other way had it not been for such unnecessary fouling and physicality. Still, the USWNT continued on with great poise and strength, carrying a 4-1 record in pool play.

This team is comprised of incredible athletes, who all arrived at the Rio games in top physical condition. Having experienced a let down after the London games, these women vowed to come back with a vengeance - ready to not only make a statement, but to earn gold. Under new coach Craig Parnham, the program has put major emphasis on fitness, to the point of using heart monitors and GPS technology to track players' exhaustion levels. They aren't messing around.

Unfortunately, field hockey does not receive as much attention as other sports, often taking a backseat to the over-saturated world of soccer. When researching the USWNT roster, the faces of women's soccer stars appear and stories of their triumphs flood the page. In media and sports advertisements, everyone is running, jumping and training hard, but there is no sign of field hockey. The hashtag #growthegame is not exclusive to field hockey, but has been used to garner recognition for this challenging and implacable game. By #chasingthedream, these women are also helping to shape that culture.

As an active division III collegiate field hockey player, I can proudly say that I look up to and idolize each and every one of these ladies. They are such an inspiration and deserve every ounce of respect they have gained during their run in Rio.

The program moved from California to Spooky Nook Sports in Pennsylvania, since a strong field hockey hub exists on the east coast. This spot has been deemed "the official training ground" for USA Field Hockey, and the area persists to distribute talent.

Executive director Simon Hoskin's says, "The elite players become elite coaches in that area, and they help develop the next generation of athletes. It's been a virtuous cycle of ever-improving hockey, and now we're at this level that — we can compete with anyone. We're world-beaters right now, which is great to see."

These world-beaters faced Germany on Monday, Aug. 15 at 11:30 a.m. for a quarterfinal match up and fell short by a score of 2 to 1. Though they did not achieve the medal they sought to win, they sure made an impression on the sport and in the Olympics sphere.