The Buckeyes can show that times have changed in holding those in power accountable. 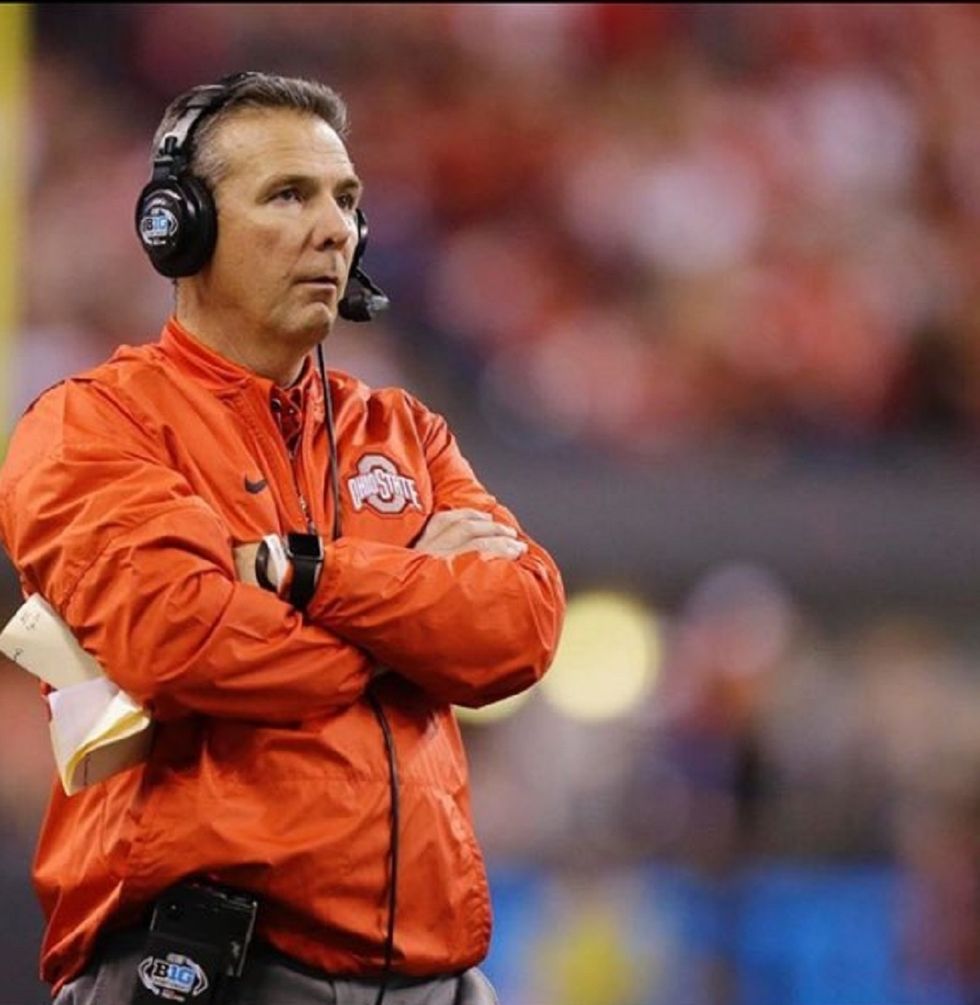 Ohio State head coach, Urban Meyer, has been placed on administrative leave due to an investigation into former wide receiver coach Zach Smith, who was fired last month, amid controversy over Smith's history of domestic abuse and Meyer's negligence. When I saw the report, I was thinking not much will come of this. Meyer is too powerful and arguably the second-best coach in college football behind Nick Saban from Alabama. But just hours after Brett McMurphy reported Meyer knew about Smith's history of domestic abuse, Ohio State put its head coach on administrative leave. If this were 2000, this would not have happened to Meyer. If this were 2010, the three-time national championship coach would still probably survive it.

But it's 2018, and oh how times have changed. Respecting women is now mandatory to retain your job. And if you're a person in power, then it's your responsibility to make sure you're holding your subordinates accountable if they commit awful acts like Smith did.

The incident that is being talked about is from 2015. But Smith has a history of abuse going back to 2009 when he was a coach on Meyer's staff at the University of Florida. Former ESPN reporter Brett McMurphy broke the story on his Facebook page about Meyer and Smith on his Facebook page. "The first time Zach Smith allegedly physically abused his wife was June 21, 2009, in Gainesville, Fla.," McMurphy said. "Courtney Smith, then 24, was 8-10 weeks pregnant." The report said Zach Smith, then 25, "picked (Courtney) up, by grabbing her T-shirt and threw her against the bedroom wall."

Zach Smith was then arrested for aggravated on a pregnant victim. But he was not fired from Meyer's staff. Instead, Urban advised him and his wife to seek counseling. To make matters worse, two people close to Meyer, Hiram de Fries and Earle Bruce, pressured Courtney Smith to drop the charges and said her husband would never have a job in football again if he were charged. She did not press charges.

Then in 2015, the couple separated. Zach Smith was charged with menacing my stalking based on two incidents in October and November 2015. Based on the text messages exchanged between Zach and Courtney, it's obvious that Zach has a lot of issues, (which Courtney attributed to stress and the loss of his grandmother) but there's never an excuse to beat your loved one.

So why is the attention centered around Urban?

"Meyer said last week during Big Ten Media Days that he had no knowledge of two alleged domestic violence incidents in 2015 with former assistant wide receivers coach Zach Smith that were investigated by the Powell (Ohio) Police Department," McMurphy said. However, if Meyer indeed knew, then he could be fired considering he failed to comply with Ohio State's Sexual Misconduct Policy "(including but not limited to sexual harassment, sexual assault, sexual exploitation, intimate violence and stalking) that involve any student, faculty or staff."

"In the Woody Hayes Athletic Complex are Meyer's five core values," McMurphy said. "Among the five – in ALL CAPS – is 'TREAT WOMEN WITH RESPECT.'" So if the Buckeyes follow that motto, then they must make sure to never hire a Zach Smith ever again, and those that turn into him should be terminated immediately. This is 2018, and no longer should women have to live in fear of consequences for speaking out on their domestic violence.

Back in 2011, Jim Tressel, Meyer's predecessor at OSU, was fired for seemingly much less. Tressel was aware of players receiving improper benefits from a tattoo parlor owner. So if Ohio State parted ways with Tressel for this, then Urban Meyer should either leave Ohio State or the university should fire him and send a message to the rest of college athletics: no matter how powerful, popular or successful you are, you need to hold those around you accountable, especially in serious situations like with Zach and Courtney Smith, or else you will face serious consequences.