Help yourself to help others. 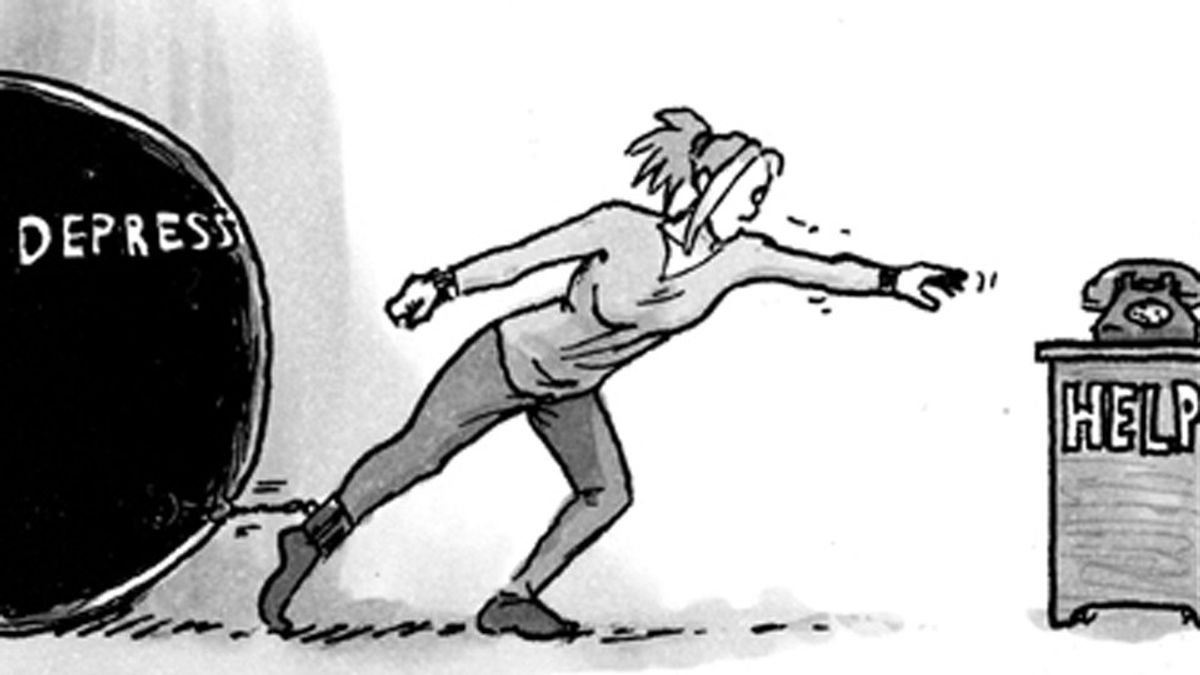 Depression is one of the most common mental illnesses in the United States. While it is a phenomenon that strikes individuals of every gender, race, socio-economic status, etc., depression itself is highly stigmatized. Becoming educated about the symptoms, signs, and facts related to depression can help you help others.

-Loss of pleasure / interest in activities once enjoyed

-Loss of energy and fatigue

(via the Anxiety Solution Centre)

Feeling sad is a normal emotion, and it will happen to everyone. Depression can involve sadness, but the two are not interchangeable. Depression takes over your feelings and emotions to a point where you feel hopeless. It feels like there is no point in doing anything, even getting out of bed is too much. There's a deep self-loathing that makes you feel like you deserve what you're feeling.

Depression is not a "one-size-fits-all" diagnosis. Different types of depression require different treatments, which is why it's so important not to self-diagnose.

Major Depressive Disorder: Severe symptoms that interfere with the ability to work, sleep, study, eat, and enjoy life. An episode can occur only once in a person’s lifetime, but more often, a person has several episodes.

Persistent Depressive Disorder (AKA Dysthymia): A depressed mood that lasts for at least two years. A person diagnosed with persistent depressive disorder may have episodes of major depression along with periods of less severe symptoms, but symptoms must last for two years.

Psychotic Depression: Severe depression plus some form of psychosis, such as having disturbing false beliefs, a break with reality (delusions), or hearing or seeing upsetting things that others cannot hear or see (hallucinations).

Postpartum Depression: When hormonal and physical changes and the new responsibility of caring for a newborn becomes so overwhelming the mother goes into a depressive episode. It is estimated that 10 to 15 percent of women experience postpartum depression after giving birth.

Seasonal Affective Disorder (SAD): The onset of depression during the winter months, when there is less natural sunlight. The depression generally lifts during spring and summer. SAD may be effectively treated with light therapy, but nearly half of those with SAD do not get better with light therapy alone.

Being exposed to trauma makes you 10 percent more likely to experience depression. Having PTSD increases your chance of having clinical depression by three to five times.

Every day, it is estimated that 22+ veterans take their own life.

~In a given year, depression affects about 6.7 percent of American adults over the age of 18.

~Major depressive disorder is more prevalent in women than in men.

~An estimated one in 33 children and one in eight adolescents have clinical depression.

~Depression causes over two thirds of suicides in the United States.

~80 percent of individuals experiencing symptoms of depression are not receiving treatment.

Worried about how you've been feeling? Take an anonymous depression screening.

Is someone you're close to struggling with depression? Learn how to help them through it.

Are you struggling with depression? Learn some self-help tools to improve your mood.

Get population-specific information about depression here.

If you're feeling suicidal, click here or call the National Suicide Prevention Lifeline at 1(800)273-8255.

May is Mental Health Awareness month. Throughout the month of May, this author is writing articles to raise awareness about mental illness.