UC Berkeley students call for the renaming of Barrows Hall. 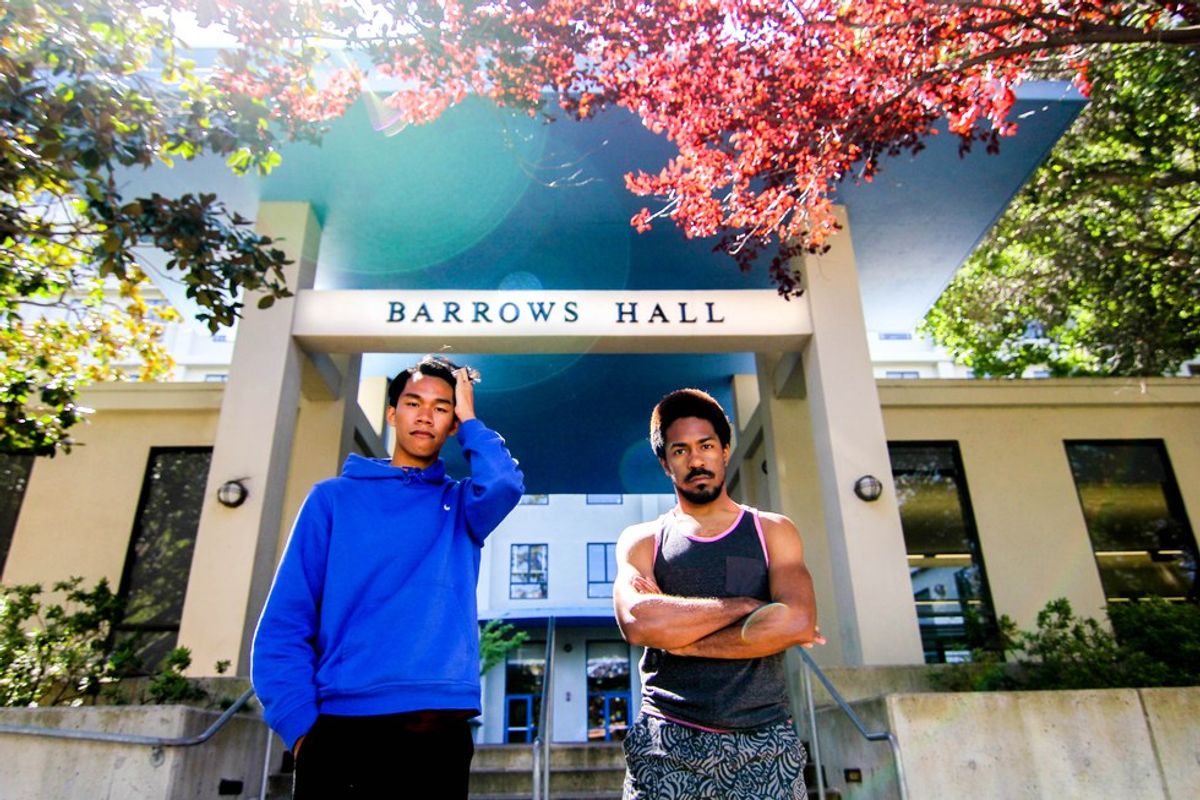 “David Prescott Barrows colonized the Philippines, he depicted my people as savages, and he also invalidated my people’s way of living.” (Bradley Afroilan)

Last week, I had the pleasure of meeting with Bradley Fabro Afroilan and Anthony J. Williams after viewing the artwork that they had displayed in Barrows Hall. This installation — which included a large printed mural, a quote from David Prescott Barrows’ book, and a written statement about why the hall should be renamed — drew my attention as I took my daily walk through the Barrows Hall wind tunnel. As members of the Pilipinx and Black communities on UC Berkeley’s campus as well as the Sociology department that is housed in Barrows Hall, Afroilan and Williams have become passionate about renaming the hall.

Bradley Afroilan is a member of a group called Art for Social Change and believed that such an installation would encourage education and awareness on campus about who David Prescott Barrows really was. “I wanted to create a piece that shows that coalition can be created through art and that activism doesn’t just take place in the streets, but can also take place through creative actions such as Art,” said Afroilan.

Anthony Williams also revealed that the installation was placed in the wind tunnel because they wanted a more “visible piece that would turn heads and get people thinking about the sordid legacy of Barrows as well as the rich history of the revolutionaries we choose for our art installation.”

Through this installation, they publicly displayed who Barrows was. There was a posted quote from Barrows’ work, A History of the Philippines, which states that, “the White or European, Race is, above all others, the great historical race.” A document titled “Who was David Prescott Barrows?” was also included. Here, it was explained that Barrows was directly responsible for establishing colonial education in the Philippines and referred to the Pilipinxs as “the little brown brothers/savages” of the Philippines. They also noted that prior to colonization by the U.S., Spain, and Japan, people of the Philippines had their own “systems of living as evident by the writing system, baybayan.” The quote and the mural of the art installation are pictured below.

When asked about Barrows himself and the idea of having his name on a building of a public university, Anthony Williams stated that “Barrows is not the first and he will not be the last to perpetuate white supremacy or anti-Blackness, but that does not justify glorifying his contributions while ignoring his contempt for people of color.”

Barrows Hall is home to departments such as Ethnic Studies, Asian American Studies, African American Studies, Near Eastern Studies, Native American Studies, Chicano Studies, Gender & Women’s Studies, and Sociology. Many students from other disciplines also have classes in this building. However, despite the familiarity of Barrows Hall to the student body, many don’t think to assess who the building was named after. Before the art installation made by Afroilan and Williams, I did not know anything about who David Prescott Barrows was. Many others still do not know what Barrows’ full name even is. Thus, this calling for the renaming of the hall is not just an effort to remove Barrows’ name, but also to open dialogue amongst students and suggest a critical analysis of things that are simply accepted and ignored.

To groups such as the Pilipinx community and the Black community, having a hall named after a man with such ideologies impedes on the comfort that one feels in the public space. The suggested renaming of the hall would give these students a more welcoming atmosphere to engage with academia.