The Truth About OCD

The Truth About OCD

"Imagine your worst thoughts as a soundtrack running through your mind 24/7, day after day" 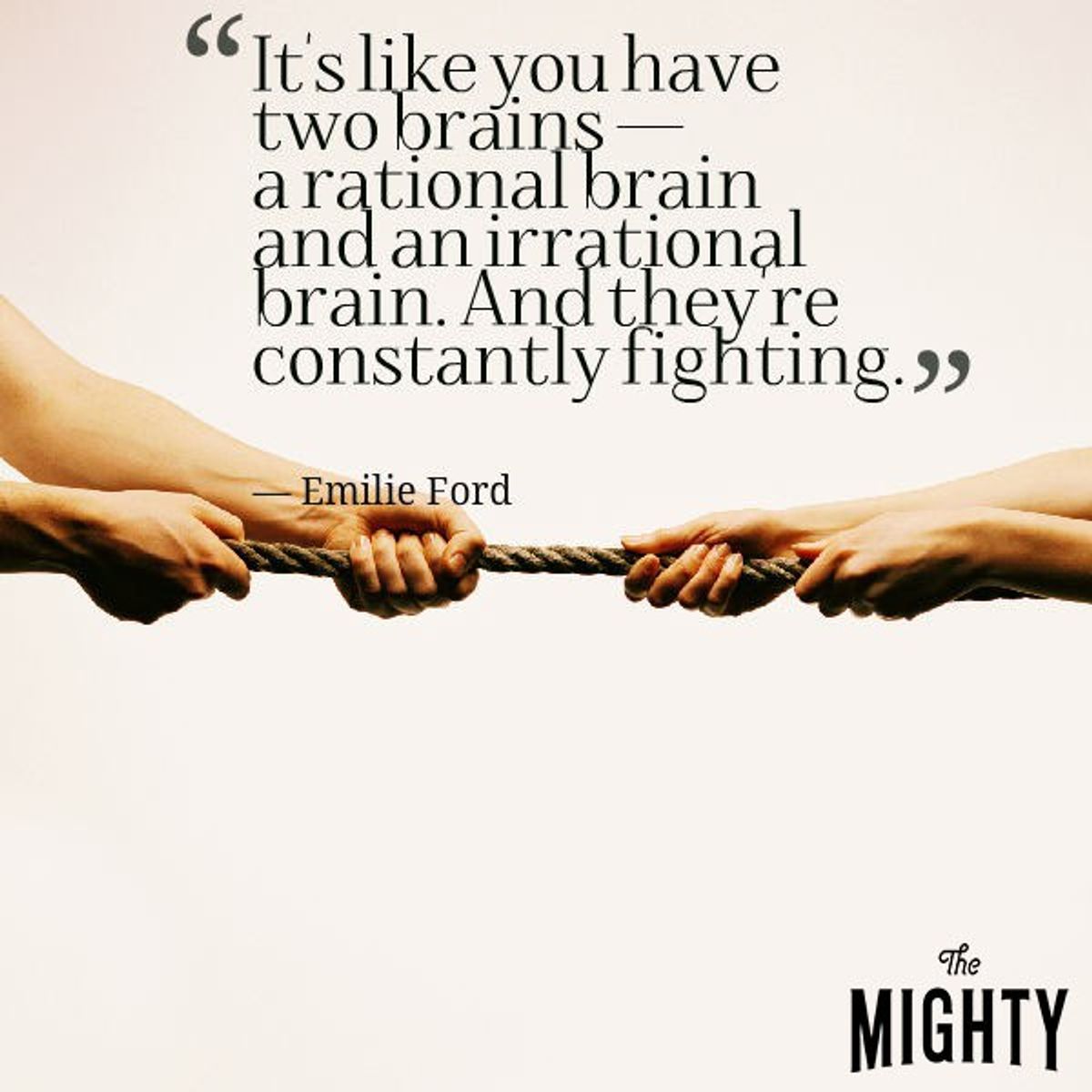 As I've mentioned before in some of my articles, I suffer from Obsessive Compulsive Disorder (OCD), generalized anxiety, and depression. In reality, my biggest obstacle in life has been trying to lead a "normal" life while battling an exhausting disorder that makes everyday a challenge.

There are days that I've woken up and I felt ready to take on the world. These are the the types of days that I feel invincible, like I could shake any intrusive thought that came my way. Imagine my surprise when one of these days were shattered by a teacher, a close friend, or even a relative.

I understand that unless a person suffers from an anxiety disorder, OCD can seem like a very weird and crazy disease. The whole point of this article is to urge you, the reader, to step inside my shoes for a while, to step inside the world of someone who struggles with her own mind each and every single day. I want to get rid of ignorant and common misconceptions about OCD. The first step is knowledge.

OCD myth #1: OCD means you're a neat freak and obsessed with organization.

This one really irks me. I've actually sat in a classroom and heard a teacher exclaim "oh I'm OCD because this and this isn't aligned and I need it to be straightened." On other occasions, friends of mine have said "I'm so OCD because I can't have a mess in my room!" Okay. First of all, you can't be "so OCD". It doesn't make any sense. Second of all, that's an extremely ignorant comment, especially having come from a professional such as a teacher. Third of all, suffering from OCD does NOT mean that you'll be a neat freak. OCD can manifest itself in several ways. There are different types of obsessions and compulsions. In my case, I'm the messiest, most disorganized person you'll ever meet. Step inside my room and see the freak-show of clothes on the bed, art supplies on the floor, and books scattered everywhere. I am living proof that OCD and organization is not something everyone deals wth.

Stressful situations can trigger anxiety and make compulsions a lot worse, but stress itself does NOT cause OCD. If it did, the majority of America would be pretty much screwed.

I've been told this countless times by members of my own family. I wish that just thinking about other things would make it go away- but it doesn't. There's a reason that one of the biggest things associated with OCD is repetitive, unwanted thoughts that cannot go away. Life isn't as simple as "just think about something else and you'll be fine". It doesn't work that way.

A big challenge is being viewed as an oddball in your family. For a lack of better words, it just sucks that when my anxiety is acting up, and I go to family for comfort, but all they can say is "just think positive." The worst part is when I see my parent's worry because they know that they're helpless in this. They can only calm me down when things get tough, and even then the absurdity of my intrusive thoughts takes a toll on them too.

I hate the term "crazy". It's an offensive and extremely uninformed way of relating to an illness. But if we're speaking about being "crazy" and being "sane", then I'll try my best to explain.

A "sane" person is well aware that they're not thinking rationally. When an intrusive thought pops into their head, they know they're being illogical. Trust me, I'm well aware of how absurd and preposterous some of my fears are. But me knowing that I'm not thinking rationally is what makes me "sane". I can differentiate between what's logical and what's not; unfortunately, my anxiety cannot.

OCD is a very lonely illness sometimes. It affects me every single day. The simplest of tasks, such as driving to school or just going to work, prove to be the biggest challenges. Sitting down to study when my mind is running wild is a task that I struggle with too much.

But, OCD has taught me compassion. It's taught me how to appreciate the good times, and how I don't need any of the ignorant people in my life that tell me I'm crazy. While my illness will never go away, I know that there is treatment and that treatment has saved my life. Somedays or even some months are way more challenging than others, but I'm a fighter, and I will never stop advocating for OCD awareness.