Why Trump Fans Scare Me (Or Some Of Them At Least)

Why Trump Fans Scare Me (Or Some Of Them At Least)

#Repealthe19th? Are you kidding me? 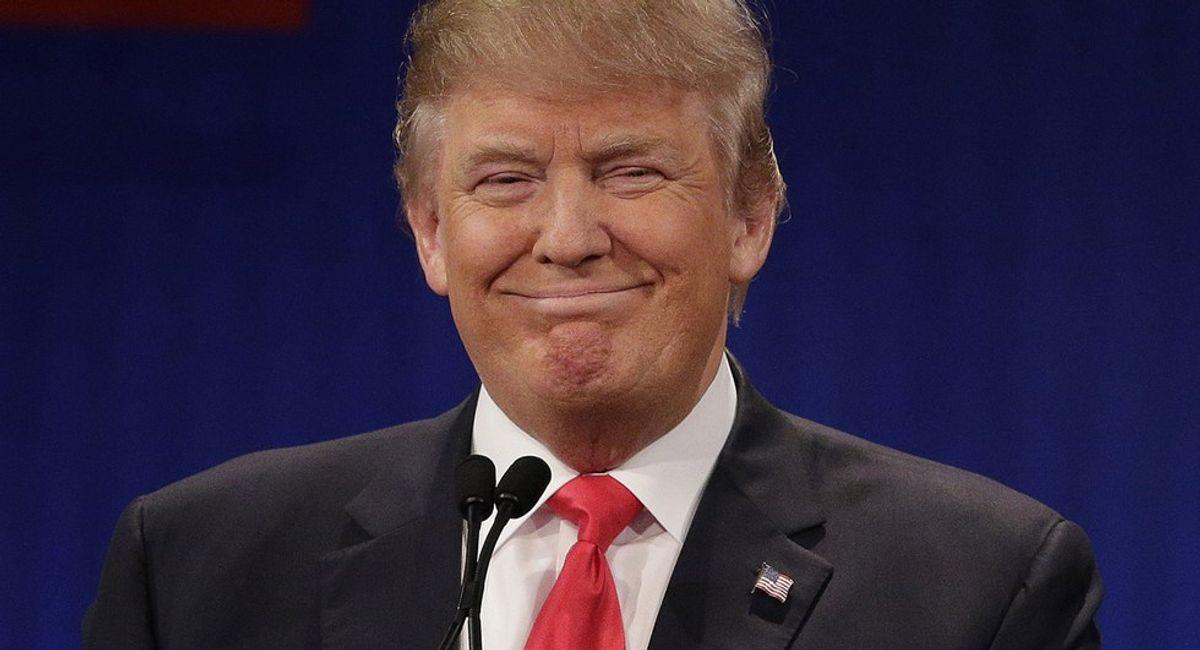 As recent polls have concluded, Hillary Clinton has an 83% chance of winning the Presidential Election, while Donald Trump stands at just under 15%. And as much as I'd love to rant about my personal opinions on the whole Donald and Hillary debate fiasco, I'm going to refrain.

However, I'm going to mention why Donald's presidential campaign has scared the sh*t out of me. For one, Trump is a popular man, he has a lot of supporters. Obviously he wouldn't have gotten as far as he has in this election if he didn't have the support, and votes, to be placed as the Republican top-runner.

A couple nights ago, while scrolling through Twitter, I saw a trending hashtag from Trump supporters after data was released claiming that Trump would win if only men were allowed to vote. So, #repealthe19th began trending.

This hashtag started trending because a portion of (not all fans, but some) Trump supporters favor him so much, that they believe women not voting, would result in better election results. These Trump fans believe that women, who are still largely considered insuperior to men, who are still paid (on average)77 cents for every dollar a man makes, who are still fighting for equal rights, shouldn't have a say in the Presidential Election. These Trump supporters do not think women deserve the right to vote.

Are you f*cking kidding me? It is 2016, and I'm pretty sure it has long been established that it is unconstitutional, and unjust to deny voting rights to any adult citizen, regardless of race or gender.

That is how scary this Presidential Election is folks, not because Trump and Hillary are both considered crooked and liars. But because Trump supporters are so outrageous that they will say and defend any standpoint in order to put Donald Trump in the oval office. I've heard a lot of racist, crude, and unkind remarks from Trump supporters (and some positive ones at that, I definitely do not want to stereotype all of his supporters) but "Repeal the 19th" has got to be the most offensive.

And that is why this election is so scary.