A statistical analysis of the league's most overrated player 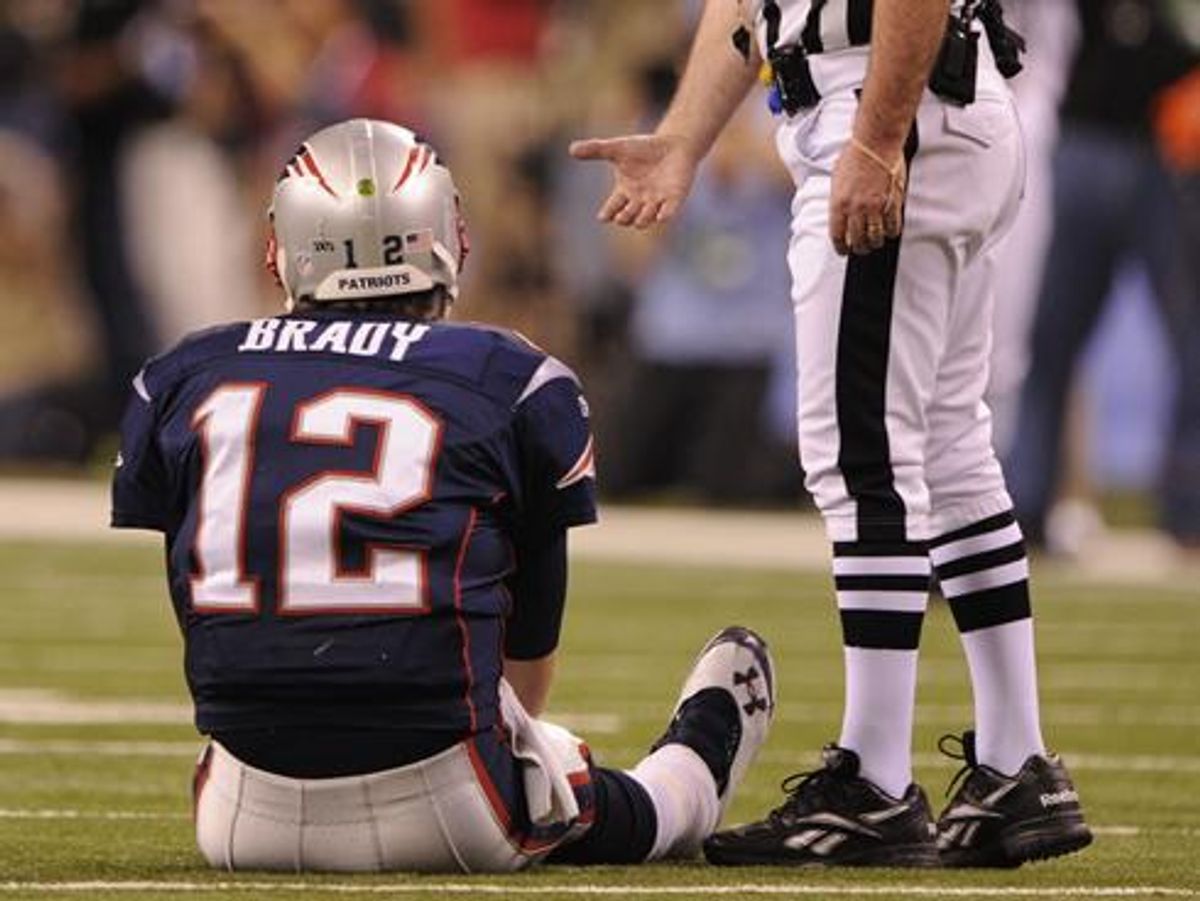 Most times Tom Brady comes up in conversation, I am overcome with an urge to throw myself off a cliff that is so strong it is difficult to resist. Here’s the thing…Tom Brady is not that good. He is simply an average quarterback with a face so radiantly angelic that he has successfully blinded an entire nation into allegiance and unwavering dedication. Now don’t get me wrong, Tom Brady has been an extremely successful quarterback, but not because of his inherent talent or supreme leadership skills. The success of the Patriots organization, and subsequently the league’s golden boy, is a result of Bill Belichick’s unparalleled genius.

Tom Brady is, for lack of a better term, a system quarterback. He fits in perfectly to the mold that Belichick has built, and proceeded to build around Brady. The Patriots offense is one that highlights Brady’s strengths (including his face) and superbly masks his weaknesses. For starters, Brady’s acclaimed ability to expertly read any defense is a far less awesome feat when considering the consistent offensive-line he has been protected by. Matt Light protected Brady’s blind side for three of Brady’s four super bowl wins as left tackle. Similarly, Brady could rely on the same offensive linemen to act as his wall for at least seven consecutive years (with the exception of right tackle). His 2014 ring came after a season where he was only sacked a total of 21 times. As for receivers, Brady has been in similarly good company.

With at least one pro-bowl receiver every year, Brady has played, the Pats have boasted of quite the assortment of leading receivers, from Deion Branch to Wes Welker to Rob Gronkowski to Randy Moss. As for kickers, Brady has often been saved by the third greatest (in terms of points) of all time, Adam Vinatieri. Defensively, Tom Brady has had at least one top-twenty linebacker and an overall top- ten defense for each of his super bowl wins. Football is a team sport. The players that Brady has been surrounded with have eased his route to success and enabled his seemingly incredible post-season statistics, he hasn’t done it alone. The Patriots offense is a well-oiled machine, one that Belichick has collected and emphasized the individual strengths of. However, Brady is not an irreplaceable part of this machine. This is no better demonstrated than in the 2008 season when the Patriots ended 11-5 under none other than Mr. Mediocre himself, Matt Cassel. Outside of the bubble Belichick has created, there is no way to know how Brady would fare (for doubters, I’d like to reference Josh McDaniels, the Patriots highly successful offensive coordinator who, apart from Belichick, drove the Denver Broncos into the ground as head coach).

Despite all this, Brady is nonetheless constantly referred to as one of the greatest quarterbacks of all time. Tom Brady has a career 7.4 yards per attempt, which puts him 32nd on the all-time list…not exactly what you’d expect from the “greatest quarterback ever.” To give Brady the benefit of the doubt, we can also examine his yards per completion statistic, which factors out receiver error. Over his career, Brady has averaged 11.7 yards per completion, which lands him at 136th on the all-time list. If things weren’t looking dismal enough for our baby-faced cherub, the yards per completion statistic does not include yards after the catch, of which the Patriots have been top ten in the league for six out of the last seven years. With receivers that often defy human limitations (Gronkowski, I’m looking at you), and consistently lead the league in yards after completion, Brady’s great strength only seems more and more feeble. But this works for the Patriots. Belichick has cultivated an organization that does not need a powerhouse arm but instead thrives off of Brady’s measly, but accurate, passes.

Brady’s success has also been aided by a variety of other factors. The AFC East isn’t exactly the most competitive place in the league (quick shout out to the iconic butt fumble of 2012, may you never be forgotten). Multiple, confirmed cases of cheating have also aided the legendary organization and the success of their playboy. Robert Kraft is one of the most intelligent and widely loved owners in the league, helping to make the team the second most valuable franchise, at $3.2 billion, in the NFL. The Patriots make incredible draft choices year after year in addition to being one of the few teams functioning without the burden of a GM.

The Patriots are an incredible organization. They have a team that will continue to break records year after year and play in a style so innovative that the league can do nothing but follow their lead (or consequently enact rules to prevent anyone from doing so). Belichick has created a dynasty. And fine, I concede, Tom Brady doesn’t suck. But he is not the greatest quarterback to ever play the game (he might be the most attractive, though). Brady is just a mortal man who plays as equal a role as any in a team whose legacy will never die.

And let’s be honest, Garoppolo is just as attractive as Brady so y’all will be fine for those first few games.