To The Girls Who Still Aren't On Board With Feminism
Odyssey

To The Girls Who Still Aren't On Board With Feminism

We Still Fight For You 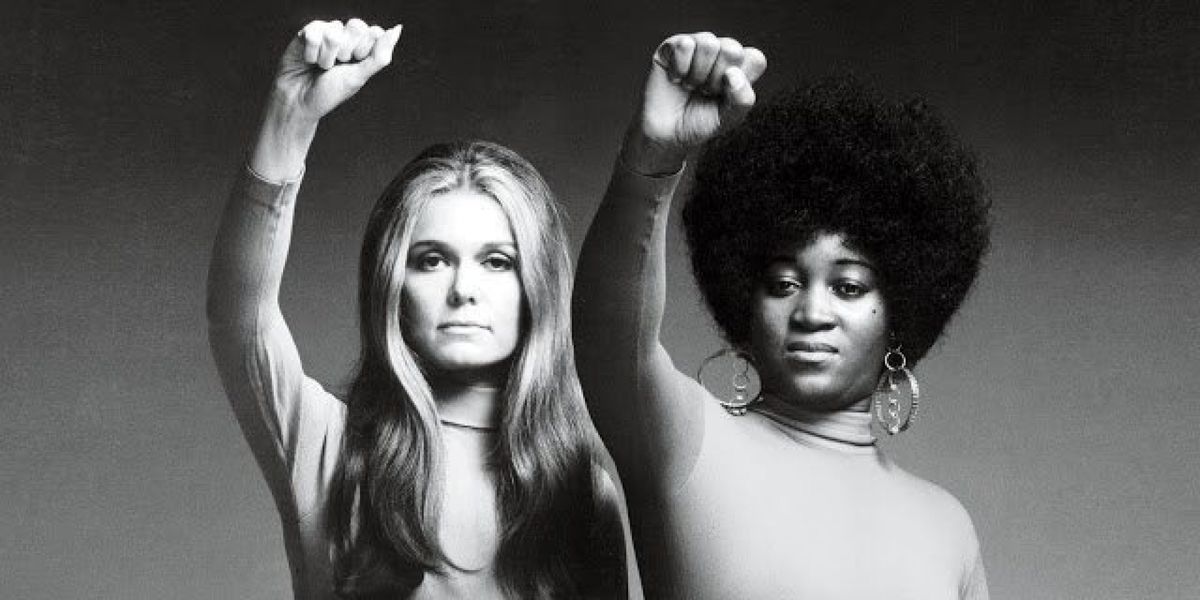 I've recently seen multiple articles on my newsfeed written by young women who claim they will "never be feminists" or do not support the movement because they are more excited about motherhood than a professional career. I loved reading these articles. I go to a women's college in New England and I've yet to meet anyone who doesn't consider themselves a feminist. Therefore, reading the other perspective has been important for me in gaining a broader understanding of feminism, who is included, who opts out and why. However, these articles misrepresented a few key aspects of the movement, which I'd like to address.

Feminism Isn't What It Used To Be

In a widely circulated article here on the Odyssey, a girl my age explains that she "support[s] what feminism used to be", and that she "support[s] women who work hard and have goals and ambition... not girls who hate men and stomp around with no shirts on to piss off the public." The author of the article explains that she supports first wave feminism, which was largely focused on obtaining the right to vote in 1920. Feminism has grown since then to accommodate the society we live in now. First wave feminism was exclusively for white women. Black women weren't able to freely vote until the 1960's. Today's feminism is still evolving, still trying to include those previously left out. We don't hate men, we just want to be heard. We aren't aiming to piss off the public, we just want to be seen.

Feminism isn't what it used to be and that is a good thing.

We "Hate Donald Trump Because It's Cool"

In the same article, a claim is made that feminists "hate Donald Trump because it's cool." Personally, I don't hate Donald Trump. I fear him because he is a threat to me. When Trump was elected I lost a large chunk of my personal security in this country. As a woman, seeing an alleged sexual predator sitting in the Oval Office made my stomach churn. In the #MeToo age, where more and more women are coming forward, we can clearly see with Trump in office how there is no justice for the survivor. Claiming that feminists hate Trump because it's cool is an attack on our personal connection to the movement.

We aren't here to take pictures for Instagram, we're here to effect change.

Feminism Isn't Meant To "Pressure You Into A Power Position"

In a second article I saw another girl my age shared that she "would rather raise a family than a feminist protest sign." Totally cool! You go girl! However, she went on to say that she feels attacked by the movement, feeling that she "has to to obtain a power position in [her] career" at risk of making her gender look bad. My conception of feminism heavily relies on one word: choice. Feminism is the fight for choice. Choice to take birth control or not take birth control, but to have the access to make that choice. Choice to have consensual sex or not to have consensual sex, but to have the choice to say yes or no. Choice to strive for a successful career or to build a beautiful family or both, but to have the opportunity to choose. Feminists don't look down on women who aspire to be stay at home moms, they are moms themselves and know that motherhood is a full time job.

The movement doesn’t discourage women from being “traditional,” it champions women to be able to choose from more than one path.

To the girl who plans on being a full-time mom, thank you. Many women, especially at our age, do not look forward to motherhood and therefore do not enjoy it when the time comes. I hope your children benefit from the love you already have for them. When you become a mother, take the time to reflect on your prenatal care, what leave of absence your partner is offered, and the judgmental stares you receive when breastfeeding in public. The struggles you will face in motherhood are priorities in the feminist movement. If you still decide you aren’t affected, I wish you well.

If you decide to join the fight, we’ll be waiting with open arms.