Honestly, I'd rather be caught dead than caught calling myself a modern-day feminist. 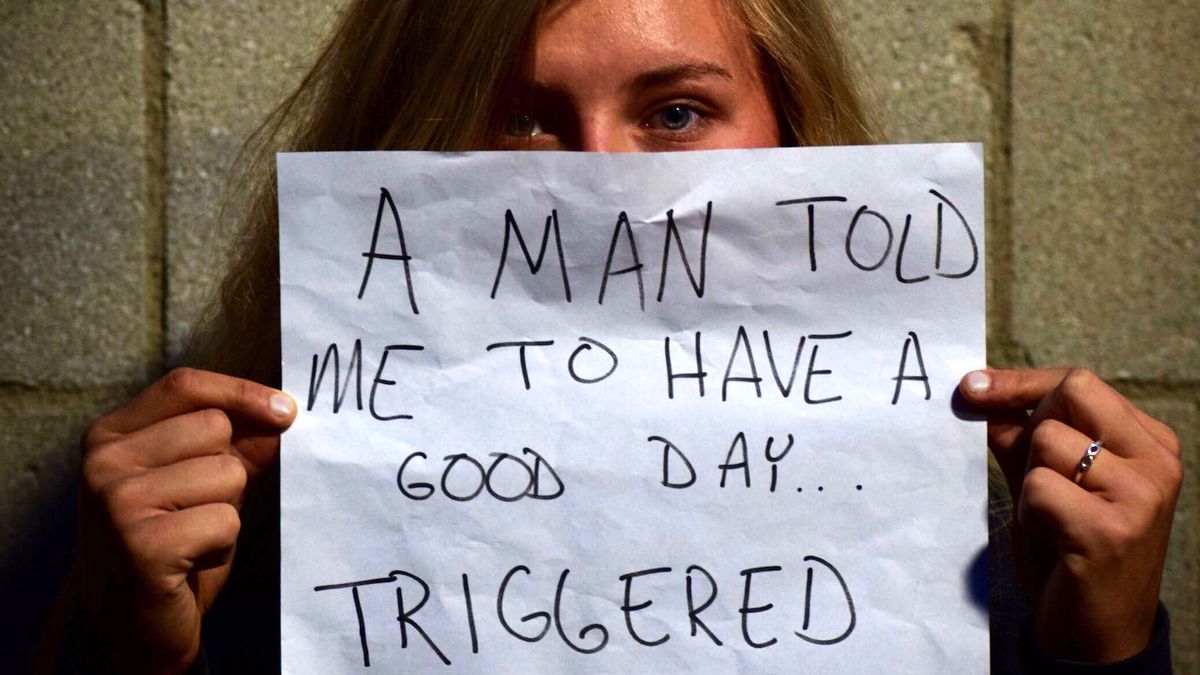 "A man told me to have a good day...I'm triggered." How ludicrous does that sound? Tune in, because that is the extent of modern-day feminism.

Sure, I think boys are stupid and that I'm probably better than 90% of the male population, but that doesn't make me a modern-day feminist. Now I believe that woman should stand up for themselves, and Golding's quote, "I think women are foolish to pretend they are equal to men, they are far superior and always have been," is by far one of my favorite quotes... but modern-day feminism is not something I want to be associated with.

I'm all for "anything you can do I can do better," and "we can do it!" but realistically speaking, in some situations, that isn't feasible. As an 18-year-old woman who works out regularly and is stronger than the average female, I couldn't carry a 190-pound man back to a safe zone after he was shot on the front line of war even if I tried. It is not anatomically possible for a grown woman to be as strong as a fully-developed male.

Reality check: Men and women are not equal.

They are not physically equal, they are not mentally equal. Modern-day feminism is equality between the two genders, but corrupt and on steroids. I support what feminism used to be. I support women who work hard and have goals and ambition... not girls who hate men and stomp around with no shirts on to piss off the public. Feminism has developed into a polluted teaching that young men and women are plunging into.

We are built dissimilarly.

The human brain is literally an organ that is sex-oriented. There is a cognitive difference, that singlehandedly destroys gender equality.

I will not spend my time running a revolution against anyone who likes Donald Trump. I am not going to binge watch Trump's Twitter in an effort to start some leftist gob of drama. I refuse to be part of this head hunt to attack all Republicans on the newest Instagram post made about how feminism is stupid. I do not hate men, and society would crash and burn without the successful men and women who work together to create what we call the United States of America.

Why, you ask? Why are the 15-25-year-olds of our society clinging to feminism? They are hopping on the rapidly growing bandwagon where all the hipsters, feminists and Trump-haters reside. It's "cool" to hate Donald Trump. Twitter is a world of liberalism, hatred, and fake love towards all. Social media is where this generation is living — and modern-day feminism brews there.

We need to keep separation in the household within roles.

We must raise our children to do what they are best at rather than trying to do something they are incapable of just to prove an irrelevant point.

Women must stand up for what they believe in and be strong in their shoes, while not getting so caught up in what your modern-day feminist says she thinks is right.

We cannot let this briskly changing society sway us away from what is going to keep the world working precisely.