For The Girl Who's Lonely During Cuffing Season

To The Girl Feeling Especially Lonely At Night This Cuffing Season

It's officially cuffing season and you're not cuffed by anything let alone a bae. 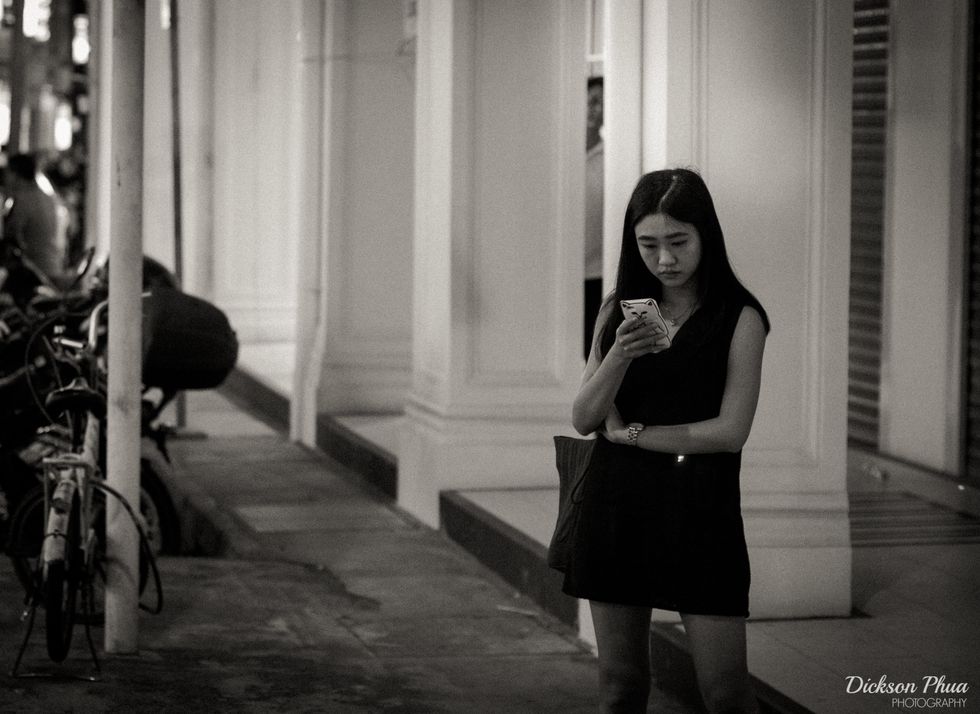 To The Girl Who Is Lonely At Night,

I think I can speak for females everywhere when I say WE'VE ALL BEEN THERE. We've all felt that pang of loneliness around 11:30 pm. It doesn't help that literally every single one of your friends is in a committed relationship or has a boo-thing of some sorts. To make matters worse, all you ever see on social media are posts of people with their significant other with sappy captions or, even worse than that, engagement announcements. They're everywhere these days! Like congrats but please hmu with one of your groomsmen.

It's officially cuffing season and you're not cuffed by anything let alone a bae. You can't help but wonder, what the heck am I doing wrong?

It stinks because all your happily committed friends are always like, "the right person will come along eventually," or, even better, "God is saving someone really special for you and the time isn't right yet." Well, God, buddy, please let's hurry this special someone up already! It's only going to go downhill from here (probably) and I don't know if you've noticed but I am extremely impatient.

If you're like me, once in a while you will have a peak where a guy or two will show interest in you and for a moment, you'll be what today's society calls "talking." Not dating. Talking. And talking gets you nowhere. You talk and talk and talk but you never talk about what you guys are or what you want from ~whatever~ you guys are doing. Then, once it's over, it hurts that much more because most of the time, you don't know what you did wrong if they break it off with you.

Bumble, Tinder, Farmers Only, whatever you're on doesn't really help the situation since those apps are traditionally used for recreational hook-ups and not serious inquires. For the few people who have found relationships out of these dating apps, please be a bro and share your secrets!

The girl who's lonely at night isn't ugly, fat, stupid, or weird. She's a beautiful, intelligent, unique woman who is never seen for what she has to offer. She wants to have conversations with someone and have them listen to her. She wants to laugh at bad puns and make mac n' cheese and watch Big Mouth in bed. She wants to be noticed instead of constantly being invisible when she goes out with friends. And she wants to be noticed by someone she is attracted to--but that is a once in a lifetime moment for a girl like her and who's to say if it'll work out?

But who cares? Being alone at night means more space for you, you don't have to think about what you look like in that moment in time, and it's appropriate to eat sour cream and onion chips while watching a full season of Guy's Grocery Games. So really, in hindsight, there are perks to it!

So to one lonely girl to another, he's out there. I know, we hate hearing that. Waiting sucks. Everything seems like it just will never fall into place but it will. Just never lose who you are as a person. If a guy or a girl or whoever you're into doesn't like you back, then that is their loss. For now, when you feel lonely at night, take advantage of it because soon you'll probably be sharing with another human body and that means less space for you to spread out.