This Is A Time For American Heroes
Odyssey

This Is A Time For American Heroes

The women who stood up to Trump's immigration ban. 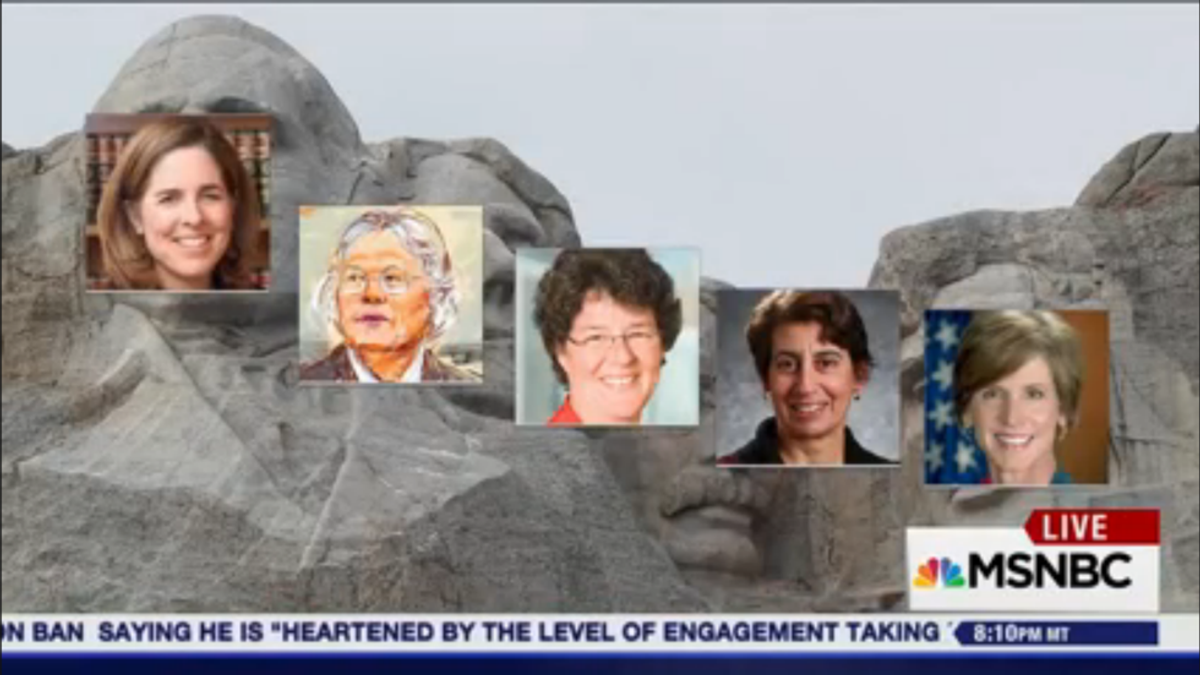 On Friday, President Trump signed an executive order banning people from Iraq, Iran, Syria, Yemen, Sudan, Libya and Somalia from entering the country. This order caused a fresh wave of protests throughout the country as the implications became immediately clear.

Ann Marie Donnelly was confirmed by the Senate as a judge for the U.S. District Court for the Eastern District of New York under President Obama, having been recommended by Senator Schumer. On Saturday, just before 9 p.m., she issued an order that deportations across the country had to stop. Minutes later, Judge Leonie M. Brinkema, in Virginia, issued a similar order preventing the deportations of green card holders. Then in Boston, Judges Allison Burroughs and Judith Dein issued seven day restraining orders against the executive order's implementation.

On Monday, the Acting Attorney General, Sally Yates, sent out a memo instructing the Justice Department lawyers not to argue the cases. She meant that, at the end of the seven days, when the hearings resumed, that the lawyers were to show up, but not argue against the cases being brought to overthrow the executive order. "My responsibility is to ensure that the position of the Department of Justice is not only legally defensible, but is informed by our best view of what the law is after consideration of all the facts," Yates wrote in a letter. "In addition, I am responsible for ensuring that the positions we take in court remain consistent with this institution's solemn obligation to always seek justice and stand for what is right."

Five women stood up to the Trump Administration and said "No." No, you will not execute a religious ban. No, you will not be allowed to deport people who have the legal right to be in this country. Although the Secretary of Homeland Security walked it back on Monday, the E.O. originally was said to apply to green card holders. Lawful permanent residence of the U.S. were not allowed to enter the United States... despite having already gone through the intensive vetting process to be issued a green card.

The four judges are protected by the Constitution from federal reprisal for their actions. Sally Yates, however, was not, and as such was fired Monday evening for her decision.

Former Attorney General Loretta Lynch said of Yates' actions, "With her decision not to defend the executive order regarding immigration, Sally Yates displayed the fierce intellect, unshakeable integrity, and deep commitment to the rule of law that have characterized her 27 years of distinguished service to the Department of Justice under both Democratic and Republican administrations."

Indeed, Yates words and actions Monday were consistent with the responses she gave in her 2015 confirmation hearing to a question from none other than Senator Jeff Sessions, who is now Trump's pick for Attorney General. “You have to watch out, because people will be asking you to do things that you just need to say no about. Do you think the attorney general has a responsibility to say no to the president if he asks for something that’s improper? A lot of people defended the Lynch nomination by saying well, he appoints somebody who’s going to execute his views,” Sessions said. “What’s wrong with that? But if the views that the president wants to execute are unlawful, should the attorney general or the deputy attorney general say no?”

Yates responded, “Senator, I believe that the Attorney General or the Deputy Attorney General has an obligation to follow the law and the Constitution, and to give their independent legal advice to the president."

These five women are American heroes tonight. In the face of a presidency that looks far more like a fascist dictatorship, they stood up and said that we, as Americans, will not allow people to indiscriminately be banned based on their religion or country of origin, especially when they have already been granted the right to be here. They have shown that there is still a rule of law in this country, and we can use it to fight back against that which violates it.

“Dark times lie ahead of us and there will be a time when we must choose between what is easy and what is right," J.K. Rowling wrote. Last night, a woman chose what was right and lost her job for it.

May our country be filled with people as brave as her.

Glorie Martinez
5524
Why I Write On Odyssey