The Therapeutic Benefits of Creating Art: Part One
Odyssey

The Therapeutic Benefits of Creating Art: Part One

How singing can change lives for the better. 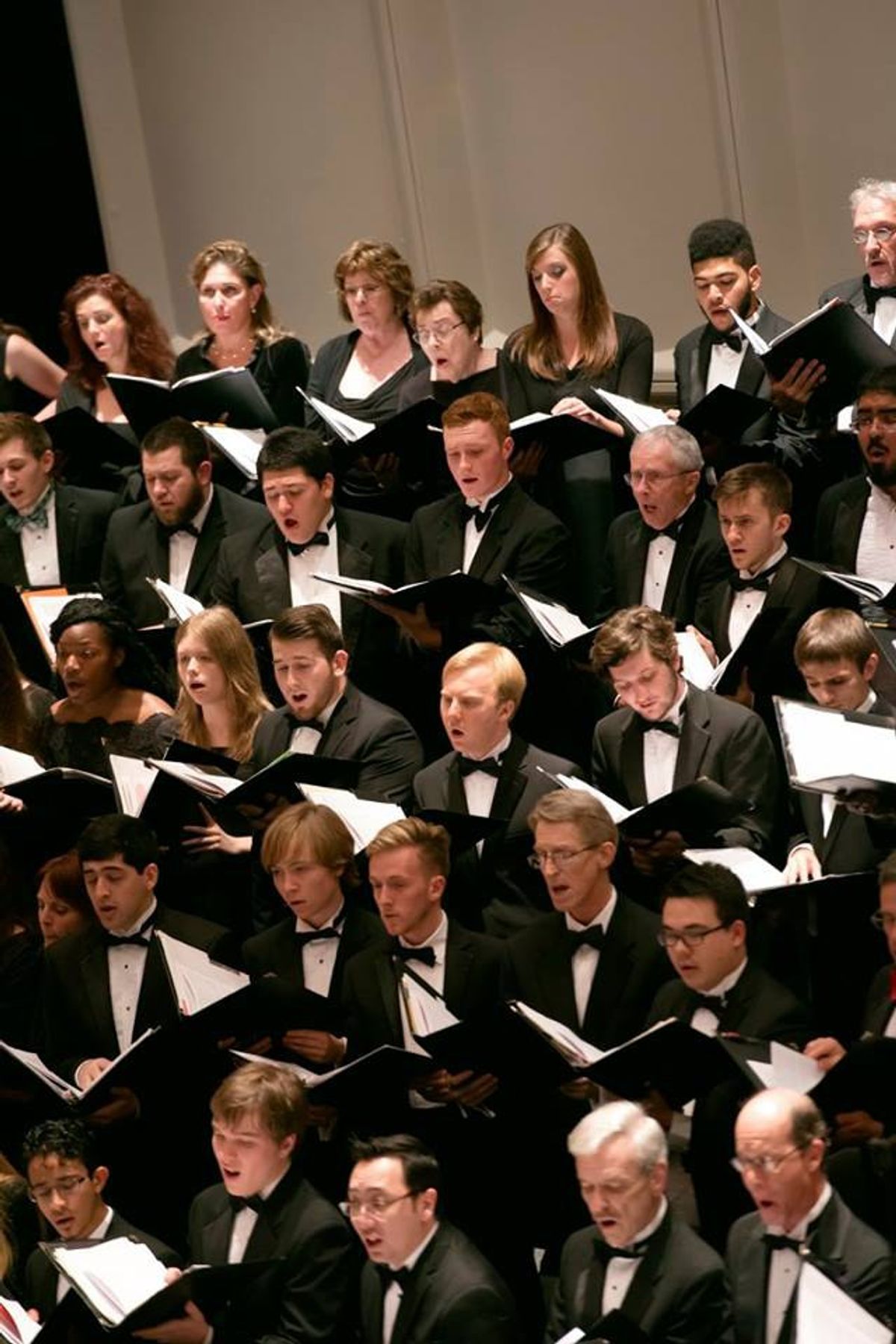 Courtesy of the University of Florida School of Music

I have been singing for a long time—before I could even talk. However, I never took music seriously until the fourth grade, when I sang in elementary school chorus, musical theater in middle and high school, and a combination of a cappella, opera, choir, and private lessons in college.

As someone with autism, who was nonverbal until the age of three, I can be grateful to say that singing has allowed me to come out of my shell in so many ways. However, I also know that the perks of singing, or even playing an instrument, can be reaped by anybody.

When participating in musical activities, the left and right brain functions occur in tandem, thus increasing activity in the corpus callosum. According to Anne Gates and John L. Bradshaw of Monash University Australia, both hemispheres work simultaneously when singing or playing music—with the left brain concentrating on form, tempo, and rhythm and the right brain concentrating on melody, emotion, dynamics (such as loud and soft), and intonation. This connection is especially evident among singers, since they are required to interpret text and tell a story or convey a message through song.

One particular group that can especially benefit from the power of singing would be those with Parkinson’s disease. At the University of Florida’s Center for Arts in Medicine, there is a project called “Sing for Life” run by husband-and-wife team Professor Ronald Burrichter and Dr. Brenda Jo Smith, who also teach on the voice faculty of the School of Music.

In this project, adults with the disease learn “exercises for relaxation, posture, breathing, and resonance,” which can improve not only one’s singing voice, but also one’s speech.

The Parkinson’s Disease Foundation claims that about 90 percent of those with the disease will struggle with their speaking voice due to various changes in the brain. These neurological changes hinder the ability to follow internal cues.

While there is plenty of scientific evidence that supports the value of vocal music, one must be aware of how singing—particularly choral singing—can allow people to change their lives for the better.

In the United States, a country with the highest incarcerated population in the world, a select number of programs in states like Kansas and Ohio have been created to give inmates the opportunity to sing as a positive outlet and a means of giving back to the community.

Furthermore, the power of ensemble singing can allow people to make 360-degree transformations in their lives. When Andrew Lujan first started the HD Chorus, a barbershop chorus in Miami, he was shy, reserved and weighed over 300 pounds.

However, his experience with barbershop, in both the chorus and quartets, gave him a strong sense of confidence and boosted his self-esteem—providing him the discipline and drive to lose 110 pounds. Through all the pain from his diet and exercise routine, he was able to gain the emotional support from his barbershop community. This support motivated Andrew to become a music educator, and ultimately, the leader of the chorus that “helped [him] discover who he [was] as a person.”

As someone who knows firsthand the release that comes with singing, as a soloist or in a group setting, I can say that one can only make positive strides in their lives when singing. By increasing brain activity, being involved with a supportive community, and gaining a sense of purpose, one can use the power of the human voice to become a better person.