One authors quest to think far to deeply about the right to bear arms. 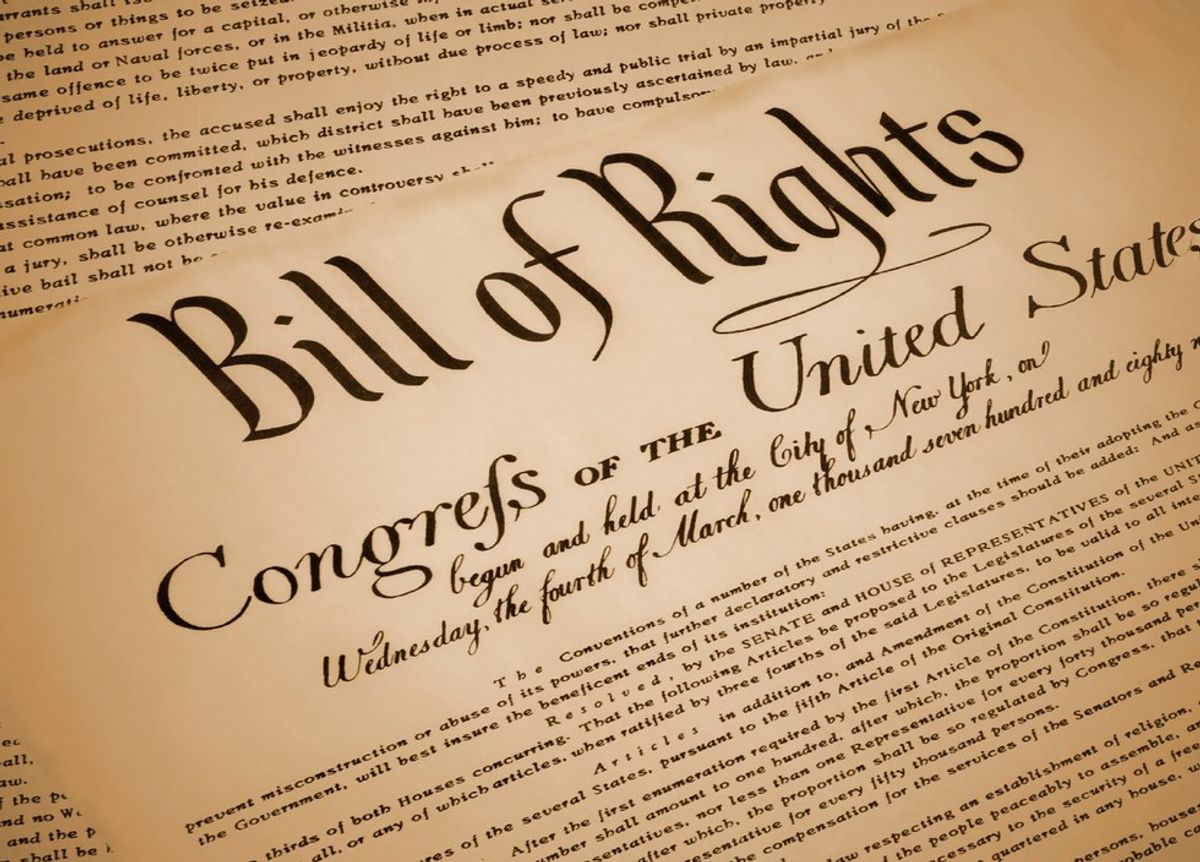 One of the most heatedly contested debates over the past few years has been over the Second Amendment of the United States Bill of Rights which declares the following right:

" A well regulated militia, being necessary to the security of a free State, the right of the People to keep and bear arms shall not be infringed."

This seems like a simple statement, one that could not possibly be misconstrued. It obviously means that Americans should be armed, and that the government has no authority to take away such armaments without breaking the promise of the Bill of Rights and our forefathers. However, in the modern day, where mass shootings are happening at a fairly steady clip, thing have begun to change. As a nation we are at conflict as to the meaning behind the second amendment, what it actually promises, and the intended goal of its inclusion into the founding fathers idea for a new country defined by the freedom of its people.

There are those that believe that the second amendment does not apply to all weapons because at the time of its ratification the only type of firearm available was a musket that had to be slowly loaded. These same people believe that as we now have weapons capable of firing rapidly without the need to reload in between shots, that the Second Amendment no longer applies because the Founding Fathers would never have known such a weapon would exist. How can something so old and outdated like the Bill of Rights fit the modern day, where a single armed man can take out 50 people before being brought down?

Meanwhile, the other side of the debate claims that because we are allowed the right to bear arms, we should all have access to firearms, regardless of the capabilities of modern day weapons. They believe that if most people were armed, it would be safer. If a shooter went on a rampage he could be brought down quickly and efficiently by a "good guy with a gun." It hearkens back to the wild west scenes of older movies, in which the bad guys would have a shootout with those on the side of justice, and the locals were saved by a gun-toting posse of townsfolk.

To be clear, both sides have some merit, and at extremes, both may work in some fashion. The argument itself, however, is not something I wish to discuss. What I mean to talk about is the idea behind the second amendment, and its implications theoretically and practically.

Thomas Jefferson states that he believed in the Second Amendment because it would allow the people of the United States to fight against tyranny, both foreign and domestic. He wanted to give the people a means to overthrow their government by giving them the exact armament used to defend the leadership of the nation, which at the time happened to be muskets and cannons. Now, if we stick to this principal that was behind the second amendment, and theoretically shifted it to the modern era, things get a bit insane.

The United States military is equipped not only with guns, but with ships, missiles, nuclear warheads, stealth planes, and all manner of advanced weaponry that the public is not entirely aware of. In order for us to be able to overthrow this government, we as citizens would need to be able to acquire equal armaments in order to stand a chance at throwing a full scale revolution. Now if we were all within our rights to purchase weaponry for ourselves equal to the governments, things would get out of hand fairly quickly. Therefore we observe the second amendment at a realistic level, in which we simply wish to have some protection in the form of basic handguns, rifles, and shotguns.

The right to bear arms has always been central to American history, and will continue to be so for as long as the Bill of Rights stands. Whether you are for limited armament, or you defend your right to own guns and despise a government that would take away that right, we should all do a little thinking on the article behind the debate. If nothing else, it may prove entertaining to take any of our rights to the theoretical extreme.

If you were looking for a grand ending point or moral of the story, I am afraid this article will not fill in that blank. The author requests you find your own.

Caitlin Marie Grimes
University of South Florida
9598
Beyond The States