The Reality of Feminism
Odyssey

The Reality of Feminism

The Feminist Movement Receives a lot of Flack, but It's Not Deserved 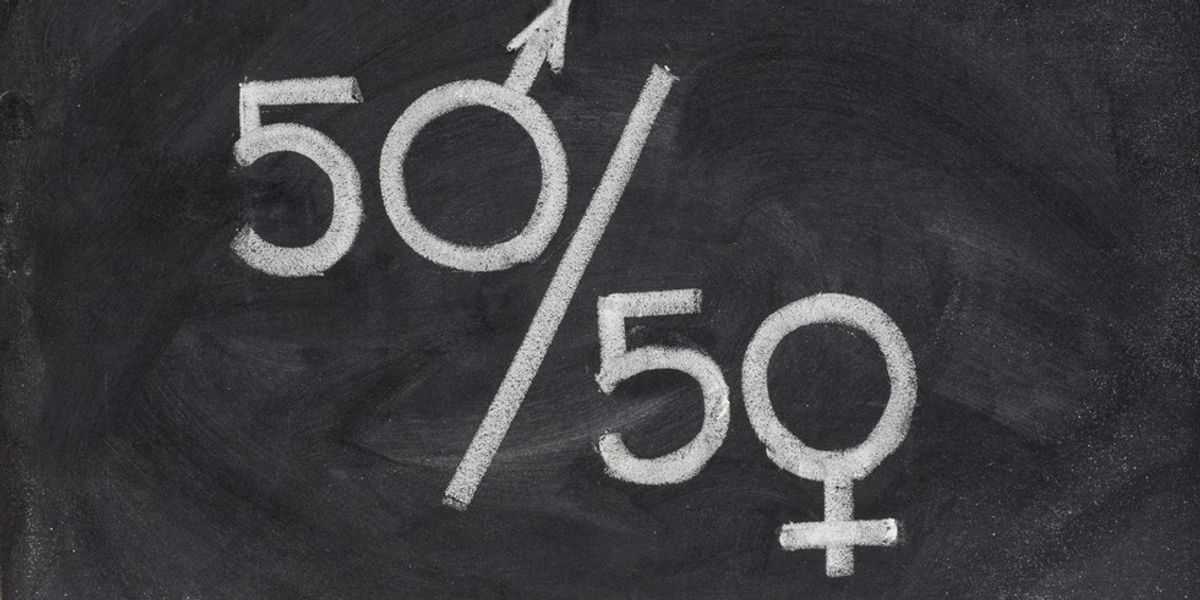 We have all heard the term “feminazi” used to describe and and all feminists, if this word is unfamiliar yo you then here is the Urban Dictionary definition; "A feminazi is a man hating feminist who uses the hate propaganda and socialist/fascist political techniques developed by the National Socialist Labor Party of Germany to focus hate and government control against men and families instead of against Jews." We have seen the misconception that feminism is an “us versus them” mentality, but it simply is not true, in fact it is the opposite, defined by the Websters Dictionary as "The theory of the political, economic and social equality of the sexes." Over the years feminists like Emma Watson, Maya Angelou, Oprah Winfrey, and Beyonce have tried hard to change this mentality on feminism. Any man reading this is probably saying to himself, “But so what? I’m not a woman. I don’t need to know about feminism. It has nothing to do with me.” Well I will tell you right now that you are dead wrong because it has everything to do with you.

Feminism is all about working together, it is about the sexes uniting towards a common goal of ending sexism both ways and creating a world that is not run on gender roles. This is about men and women living together in harmony with equal respect for each other. As a man you are not safe from sexism, many men live life being looked down on for being too weak or too emotional, they will be looked down on because they may not have the biggest interest in cars or they may not have the biggest reproductive organs. Some men are even looked down on for not trying to sleep with every woman they meet because men are stereotyped to be sex-crazed buffoons. The list of things a man can be looked down on for goes on and on. The point here is that men deal with all the same problems as women, and feminism is here for those problems because a true feminist wants to end male repression just as much as he or she wants to end female repression. Feminism is a fight for equality, men who believe in it (and everyone should) can be feminists, feminism shoots to abolish male stereotypes and gender roles just as much as female ones, and quite frankly feminist does not equal anti-man. I generally believe that the sexist opposition in our country consist of three types of people: wealthy, white, bigoted men in politics (generally Republican) Racist/ Sexist, uneducated lower class people (generally having the political views that are more conservative, Republican, Tea Party, etc.) and finally women who don't see feminism as equality both ways, but rather would like to enslave men- This last one, however, wouldn't be making the feminazi claim, their claim would be to call feminists (at least the female ones) “traitors to the cause.”

Feminism: The Main Goal is Equality

Above all else the number one purpose of feminism is to bring equality between the sexes, and this is where sexist opposition makes the feminazi claim. Quite clearly feminists are not saying that women are to be given anything more than men, they simply say to make things equal. “If you stand for equality, then you’re a feminist. Sorry to tell you, you’re a feminist.”(Emma Watson, 2015). Emma Watson, UK actress and United Nations Goodwill Ambassador has time and time again expressed how strongly she feels that feminism is about equality for both genders. The United Nations has backed feminism and has taken steps to help spread the word on what feminism really is in terms of equality, through Watson they began a campaign in September of 2014 that they call the #HeForSheCampaign on Twitter. “HeForShe is a solidarity movement for gender equality that brings together one half of humanity in support of the other half of humanity, for the benefit of all.”(www.heforshe.org). The HeForShe movement includes a pledge that men can take to show how they can and will help gender equality, this is the point of feminism, they can create a movement that allows men and women to work together to create a better environment for both of the sexes.

Many male political leaders call themselves feminists now: President Obama, The Dalai Lama, and countless others are all self proclaimed feminists. I, myself am a feminist and any of you out there who believe in equality are feminists. Men are necessary to feminism because feminism is about equality of all people no matter the gender. Feminism is about fairness and allowing people to live outside of gender stereotypes and gender roles. During her HeforShe speech emma watson explained how unnecessary it is for a man to always be chivalrous saying, "Just because women want equality does not mean that acts of chivalry towards women must end. Chivalry is consensual and only becomes a problem when people expect things to be a certain way and follow the status quo." (Watson, Emma). So a male feminist doesn't mean that you have to do everything for women and it doesn't mean you do nothing for them, it means being okay with sharing responsibility for things.

"'I'm really genuinely disturbed by this idea that men can't cry and that they can't express themselves and talk about how they actually feel. I think that's the saddest thing in the world. It's what makes you human." -Emma Watson

What is a man? if the image you got was a Rugged, tall, strong, hairy creature with a dirty job, who loves sex, working on cars, and sleeping whenever he gets the chance then you've already been affected by gender roles and stereotypes. Now of course some men are like this, some men do feel all of these things but the point is that men don’t have to follow these guidelines and on the other side of things women can do these things and shouldn't be told that they can’t. All people feel sad, guys, feminists say you're allowed to cry and shouldn't have to feel ashamed 5. People all have different tastes in music, entertainment, food, drink, whatever so guys, if you like anything that's “girly” well feminists say go ahead and like that because nothing is “girly” or “manly.”

Feminism: Bringing it All Together

So, what have we learned? Guys can be feminists after all it's not just a girls club. Guys should be feminists, your rights are being fought for too guys, it's time to stand up against sexism and help out our sisters in the world. Men are preyed upon just like women, our masculinity is threatened and attacked through derogatory terms that are also derogatory to women as these terms are feminized terms that we use as insults. Standing up against sexism is not weakness men, it’s strength, it is such a strong thing to do that all of us should be doing it. Men have to join the fight because without both halves of this equation in on the fight then no side can ever win and I for one thinks it's about time that we get a change.