Your Patriotism Is A Product Of Your Reality

Your Patriotism Is A Product Of Your Reality

We know you love your country, but chill. 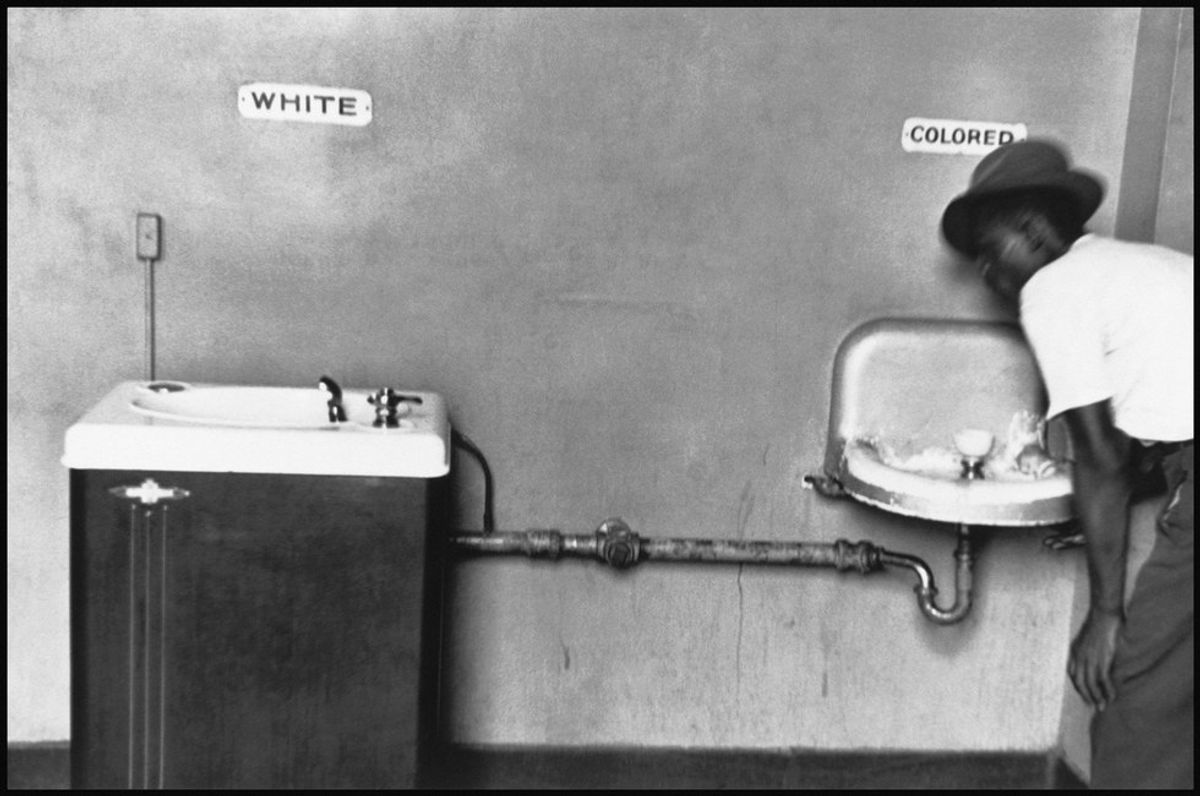 If you've been keeping up with America's athletes over the past month, you know that things have been a bit messy. Between athletes lying to Brazilian officials and then being offered positions on Dancing With The Stars, nothing has caused more outrage recently than the National Anthem.

During the Olympics, Gold Medalist Gabby Douglass was very highly criticized for not putting her hand over her heart during the National Anthem. She and her teammates had just become the first U.S. Olympic team to bring home back-to-back gold medals. She explains that she was overwhelmed with excitement and simply forgot, but people weren't having it. Although I was never taught that you were to put your hand over your heart during the National Anthem, but rather the pledge, people still said that Gabby was disrespectful to America and the Olympics. While Gabby made a simple mistake, there are athletes who don't believe in paying the National Anthem that much respect.

San Francisco 49ers quarterback Colin Kaepernick recently made a statement on his choice not to stand during the playing of the National Anthem. He refused to stand during a preseason game against Green Bay at Levi's Stadium on Friday night. Kaepernick told NFL Media in an exclusive interview after the game, "I am not going to stand up to show pride in a flag for a country that oppresses black people and people of color. To me, this is bigger than football and it would be selfish on my part to look the other way. There are bodies in the street and people getting paid leave and getting away with murder."

While America is supposed to be a country built on freedom, including the freedom of speech, many patriotic Americans are furious.

I get it. These people love their country. And for many people, America has been great to them. In the same way, it's important to understand that America has not always been great to all of us. In the end, your patriotism is a product of your reality.

Now, I've seen every racist term and antic thrown at Kaepernick. From being called the n-word to being told to "go back to Africa" (which I've already explained is not a solution). Understand that him presenting his stance was not him asking for your approval. We are Americans, but that does not mean that we have to agree with everything that this country does, or its ideologies.

The National Anthem was written during chattel slavery in America. Slavery existed in America for 245 years. Slavery became illegal 151 years ago. Jim Crow laws were abolished 51 years ago, which is younger than many of our parents. Despite all of this, black people have fought in all of America's wars, black people continue to help fuel the athletic and monetary economy, and black people are contributing members of society. Did I also mention that we built this country? For free! In essence, we continue to love and support a country that has never loved us. Is there anyone truly more patriotic than we are?

Please, send the militia home, and put down your pitchforks. People are entitled to their opinions as well as how they feel about this country. If you are neither a black or brown person, nor any type of persecuted minority in this country, take a step back from your privilege, take a deep breath, and think about how someone choosing not to stand for the National Anthem is truly affecting you. If that isn't your reality, how could you possibly understand? Guess what, America. This is our reality. Instead of simply being angry about the fact that he won't stand up for the Anthem, stop and actually pay attention to what he's protesting. That is what you should be mad about.