The Current State Of The U.S. Economy
Odyssey
CurrentlySwoonLifestyleHealth & WellnessStudent LifeContent InspirationEntertainmentPolitics and ActivismSportsAdulting
About usAdvertiseTermsPrivacyDMCAContact us
® 2023 ODYSSEY
Welcome back
Sign in to comment to your favorite stories, participate in your community and interact with your friends
or
LOG IN WITH FACEBOOK
No account? Create one
Start writing a post
Politics

The Current State Of The U.S. Economy

In Trump we trust 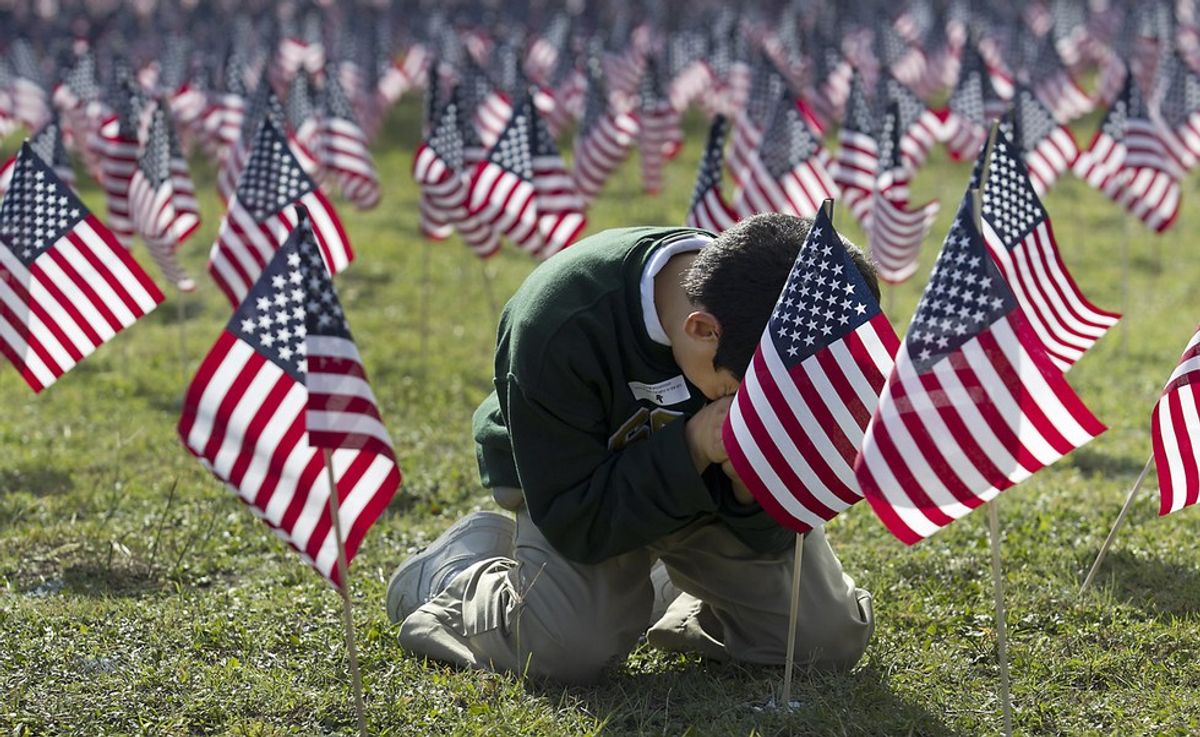 In the midst of economic uncertainty, people on both sides of the political aisle recognize the many ways in which the economy has failed to grow and the potential areas of new growth under the Trump administration. Currently the U.S. has the largest output in the global community, which is expected to grow into 2018. Many Americans are hesitantly hopeful of the appreciation of the American dollar since Trump was declared president. Although initially uncertain and frightened, the U.S. markets have responded positively to Trump’s election in hope of regulatory changes, tax cuts and economic stimulus packages. The GDP grew to an annual rate of 3.5 percent in the third quarter of 2016 and unfortunately dropped down to 1.9 percent in the fourth quarter of 2016. This is not necessarily indicative of an overall deficiency in the U.S. Economy. Currently the unemployment rate remains at pre-recession levels and has not recovered fully in all demographic areas from the recession. The Partisan Conflict Index, which measures the degree of disagreement among politicians at the federal level, has led to economic harm when high historically. Since the election, it has risen 6-8 percent and has some worried about the future of our economy.

Assuming no government economic intervention, Patrick Harker believes that that U.S. GDP would rest around 2.3 percent for the duration of 2017 and lower to 2.1 percent during the following two years. In line with recent economic trends, the Federal Reserve has estimated that the unemployment rate, currently 4.7 percent, to dip even further below the natural rate to 4.5 percent in the 2018-2019 season. Harker also notes a sharp decline in productivity in the U.S. over the last few years and expects this trend to continue into 2017, assuming no economic intervention from the Trump administration. Fortunately, not all things look bleak in the future. Banking regulations are becoming more easy to navigate and Harker consequently hopes for future growth in the banking industry.

Renewable energy firms, such as clean power and wind turbine farming companies, saw prosperity under the Obama administration and were hopeful at Clinton’s promise to install 500 million solar panels nationwide. Unfortunately, this industry has suffered massive losses from Trump’s election, while conversely the coal industry has seen record breaking growth. Shares of several companies including the largest solar panel producer in the U.S. fell between 8-12 percent since Trump’s election. Trump vowed to revive the Coal industry, which is reflected in the fact that shares of Peabody Energy, the nation’s largest coal company, which was in bankruptcy, have risen 77 percent since his election. If current expectations are realized, it could mean hard times ahead for several leading renewable energy firms and consequently lead to an increase in air pollution overall within the U.S, as coal company’s plants expel byproduct into the atmosphere.

The biggest challenge for the future of the U.S. economy in the coming months is uncertainty over what economic policies Trump will enact. Many of his proposed policies would directly harm the economy, either by cutting off trade with China or Mexico. He has appointed certain people to his administration who are globally aware enough to recognize the need for these trading partners. The Trump administration will have to carefully deregulate the banking industry in such a way that the basic policies put in place to prevent another banking crisis remain, while allowing banks enough autonomy to spur their growth.

U.S. Renewable Energy firms in the coming years might face bankruptcy and might have to decide whether liquidation is their best option or whether expanding in to overseas markets would be feasible given the likelihood of anti-trade policies in the near future, from the Trump administration. Although liquidation might be the least risky option, it would undoubtedly put many workers out of jobs. Monetarily in the short-term, liquidation might be their best bet, but the long term harmful consequences of unemployment might outweigh the risk of navigating trade policy in overseas markets.

According to the International Monetary Fund, the U.S. GDP is projected to grow to 2.3 percent in 2017 and to 2.5 percent in 2018, due to a forecasted fiscal stimulus under the Trump administration. Currently the U.S. has a 48.5-billion-dollar trade deficit that threatens to weaken the American economy as well as the U.S.’s trade partners. As a leader in global output, many countries depend on U.S. exports for their own economies to function properly. Consequently, if the U.S.’s trade deficit continues to grow, national GDP will surely shrink. This is a major concern, since a shrinking national GDP is indicative of economic atrophy. If the U.S. economy atrophies, then so will our ability to export and with it those countries who depend on U.S. exports for the economy to function well. If these fears are realized then the world economy would be in danger.