The Cal vs. Stanford Rivalry Told Through Memes
Odyssey
CurrentlySwoonLifestyleHealth & WellnessStudent LifeContent InspirationEntertainmentPolitics and ActivismSportsAdulting
About usAdvertiseTermsPrivacyDMCAContact us
® 2023 ODYSSEY
Welcome back
Sign in to comment to your favorite stories, participate in your community and interact with your friends
or
LOG IN WITH FACEBOOK
No account? Create one
Start writing a post
Sports

The Cal vs. Stanford Rivalry Told Through Memes

Because we all know Berkeley has the better meme page. 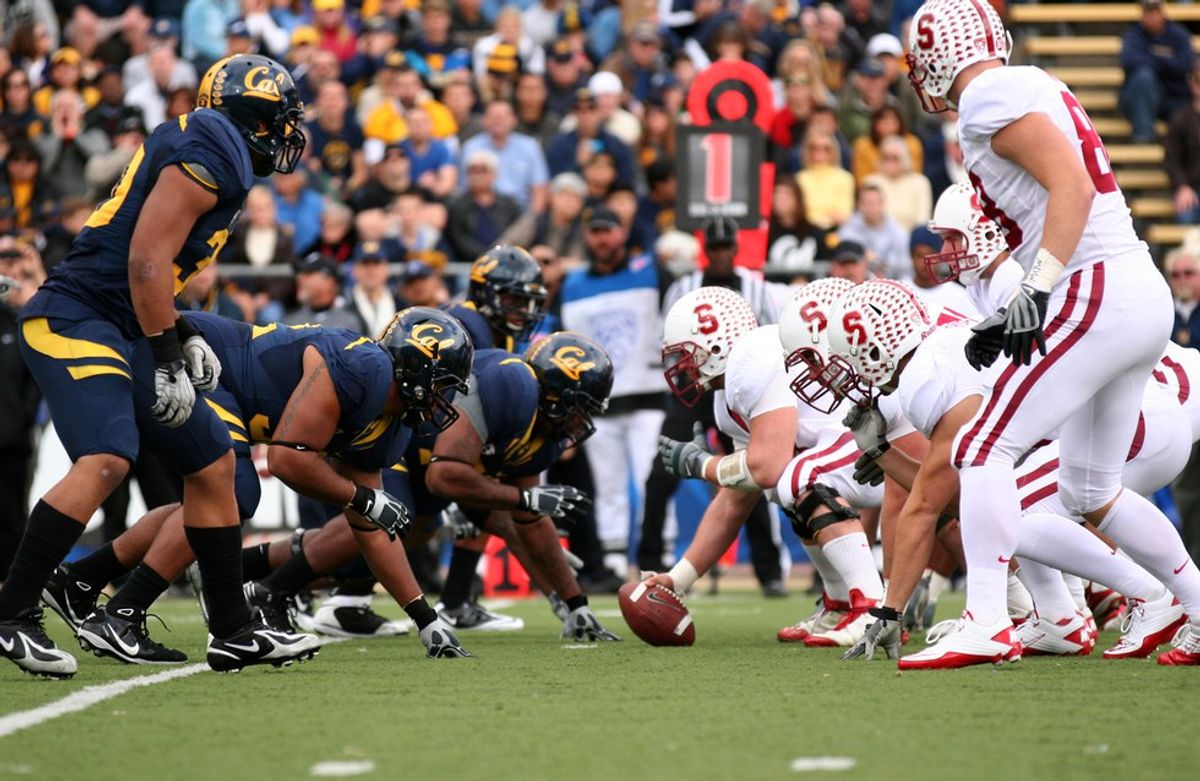 In honor of the big game this Saturday, I put together a little collection of memes that I shamelessly stole from UC Berkeley Memes for Edgy Teens, Stanford Memes for Edgy Trees, and the almighty Google. Hope it will amp your hype and inspire a little spirit in y'all. Go bears!

Let's start this off slow:

When someone tries to justify that Stanford is better than Cal:

If that doesn't convince you, listen to Spongebob:

Pretty much sums it up.

Anyone who has gone to kindergarten will understand the difference here:

Getting Roseart crayons is how you know your parents don't love you.

Because no Golden Bear can take Stanford's architecture seriously:

You'd think they would have chosen a fancier restaurant to design their school after.

Going to a liberal school often leads to this kind of confusion:

Most likely, it's just a tour group crowding around Sather. But hey, maybe we did beat Stanford!

This kid knows what's good for him:

Because who would want to be a tree for the next 4 years?

When one of your friends says, "I don't think Stanford is that bad."

Because when you choose your friends, you gotta have your priorities straight.

Because Stanford is "that one guy":

I mean I know Cal is awesome, but give us a little space, maybe?

The only song I'll be listening to this weekend:

That and the marching band incessantly practicing outside the Units.

Response to: "There are hot girls at Stanford."

Like c'mon Stanford, I know you don't have the number one public math department in the world, but at least try to maintain that 2:1 ratio.

This one is just too accurate:

Oooo, Stanford, do you want some ice for that burn?

Because losing to Cal ain't that hard:

Straight out of a Geico ad, I swear.

When that frightening thought hits you:

But, ultimately, no matter how the game plays out: