And no, I don't need that much protein 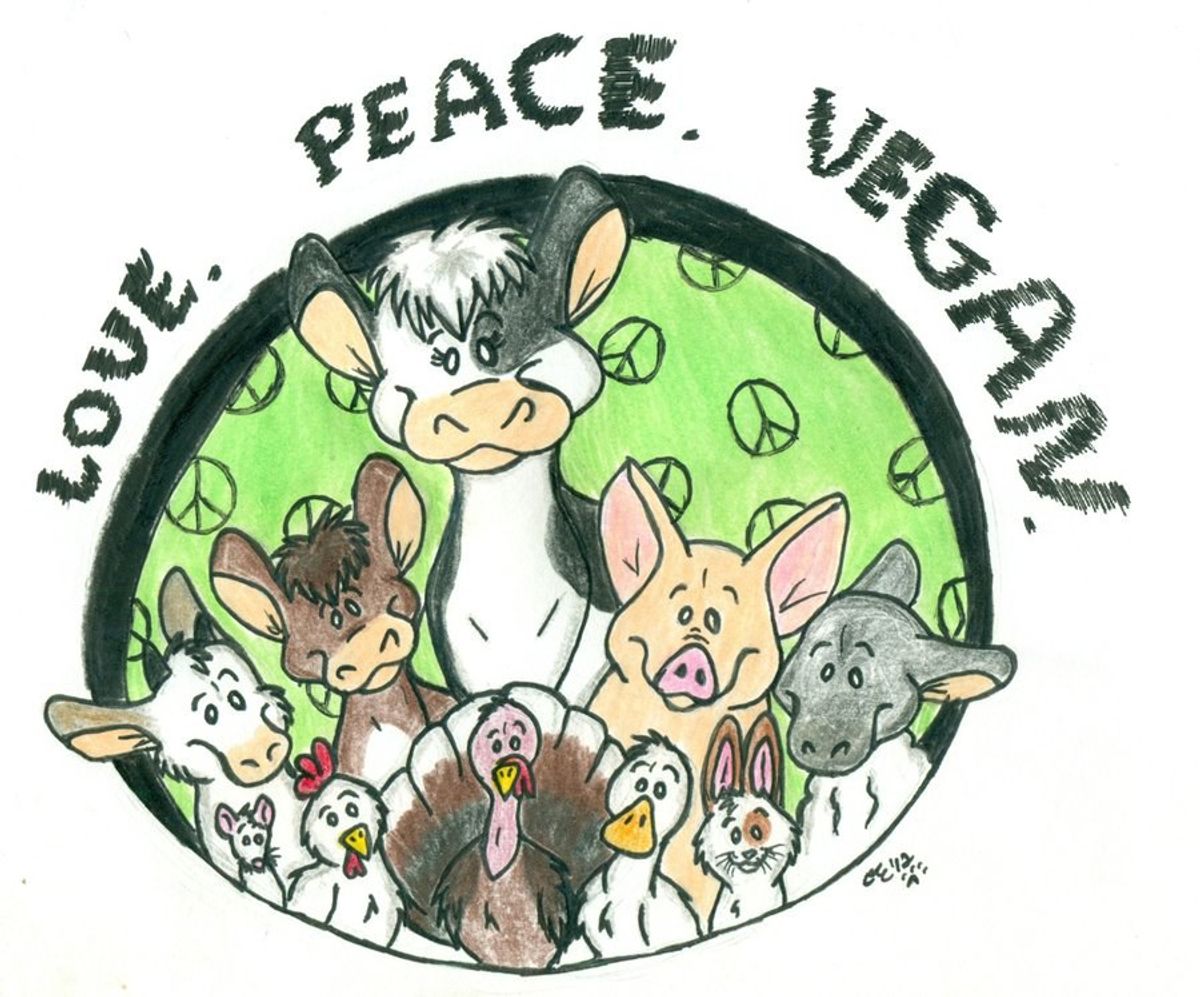 When two of my closest friends converted to veganism, I could not care any less. I had a vegan friend a year before but she never once talked about it except when we invited her for ice cream she said, “I can’t, I’m vegan,” and that was the end of it. My other two friends were more vocal of their beliefs, but that’s mostly merely because someone in the friend group kept making fun of them and they defended their diet.

They didn’t lose much weight if at all. One of them is my best friend. She always told me about it while on the phone, and I would just zone out because I didn’t care enough and I said I could never in a million years go vegetarian or vegan. I just loved meat and was not connected to the animals I ate. She told me to watch Earthlings, and I said that I wouldn’t because I don’t want to watch a bunch of animals be killed and she said that it’s “not about that.” I still have yet to watch much of it because months later when I played it, the first few minutes showed just that, the gruesome and horrible deaths these animals suffer.

I carried on with my life. My other friends thought they were annoying vegans who should just shut up and eat their “rabbit food.” I thought it was funny too, but annoying on their part they talked more about veganism than they did. My vegan friends suddenly became extremely scrutinized, so that if they had any dairy, they’d immediately say, “Well, aren’t you vegan?”

Everything they told me always passed over my head, until one day I was watching a video and I ended up watching a video from the VeganCouple. I had hated Freelee, someone they idolized. I found her rude and annoying, and she said that if you support eating meat you should die and those who eat meat will turn to drugs. I watched a video of two people who went vegetarian for 21 days and they reviewed it. Then, a video of them talking about a very obese girl who quit veganism because she thought it was “unhealthy.” I was talking a meat eater friend of mine about the videos I watched, and I decided to see if I could last without eating meat.

It’s been many months now since I quit meat. And it’s been a month since I quit dairy, which was honestly the hardest part because oh, Gosh do I love cheese. I don’t think I quit meat because of them, but they introduced the idea of it for me to do my own research. I understood the ethical reasons--it is wrong to kill another living individual for food when they want to survive as much as us. It’s wrong to believe that cows and chickens don’t feel things. We are so disconnected from our food, we don’t even know where it came from or how. We know the animal, but not the story.

Baby male chicks are grind up alive hours after they are born because they are “useless” to the industry. Baby female chicks are grown to produce hundreds of eggs, which puts a lot of pain to the chickens as they are meant to lay eggs twice a year rather than hundreds of times. After they become incompetent to lay eggs, they are killed for meat. If they’re sick, they become animal food. They are kept in tiny cages and when meat packages say “cage-free” they mean putting thousands of chickens in the same room, trampling over each other and getting infections.

Cows purr when they are pet. They are extremely cute and they cry and they are born to either become veal or get raped and killed after a long painful time in a dairy industry. The moment the baby calf is born, they are taken away from their mother and they are grown up enough so that a human could stick a hand inside of them with sperm and they get impregnated. After, they are taken to a dairy industry, where their udders get little rest and they are cramped together and get infections. They are filled with hormones and antibiotics because they always get sick. Their udders become infected from their overuse because they are pumping too much milk. Pus and blood from the infection falls into the milk, which becomes our dairy. A certain amount of pus is allowed, so we are drinking milk that is meant for a baby cow to get big with pus and blood.

I have never had seafood in my life. I refused to eat it since I was really young because “fish are friends, not food.” Studies now show that, due to the fact we are overfishing, sea life will be extinct by the year of 2048.

Meat and dairy consumption has proven countless times by different types of organizations its cause of disease. It is the leading cause of 14 out of 15 top causes of death in modern countries. Studies show when we reduce meat and dairy consumption, disease also decreases too. We consume so much cholesterol and fat from these animals, in United States more than any other country, which reinforces the fact we are one of the most obese countries in the world. Meat has even been correlated to depression and cancer. I haven’t gotten sick since I became vegetarian/vegan, and I believe it’s due to that.

My friends now tease me, too. There’s a huge misconception we need like a million grams of protein a day so some think I’m deficient in nutrients. I donate blood, I work, I go to school, I work out and do the same things I did before as a vegan. I’m not iron deficient and no, I don’t take any vitamins besides b12, which isn’t even found in meat, fyi. I get enough protein from beans and meatless meats when I do have it, and although I live a raw till 4 lifestyle I am still okay with my nutrients. Carbs are good for you, meat isn’t, but people still think that the potato will make you fat but the fatty, cholesterol-infused chicken will be good for you, regardless of its correlation to a larger BMI.

I adopted the vegan lifestyle for health and ethical reasons. It’s a lifestyle, not a diet. I feel a lot better knowing I am no longer encouraging a cruel and bloody act. I save water. I help prevent global warming, because meat industries are the third cause for global warming. I do not use MAC and other cruel products. Being a vegan is the best choice I’ve made, and regardless of my friends teasing me and calling me the “annoying vegan” when I defend my choice, I know I made the right choice. Because I might be the “annoying vegan” they say I am, but I am not a cruel, unaware person.

Go Green, Go Vegan.
Report this Content
This article has not been reviewed by Odyssey HQ and solely reflects the ideas and opinions of the creator.