Yes to iran nuclear deal; no to sanctions

The 2015 Iran Nuclear Agreement Is Off And Sanctions Back On.

What's next without a deal with Iran remains a guessing game. 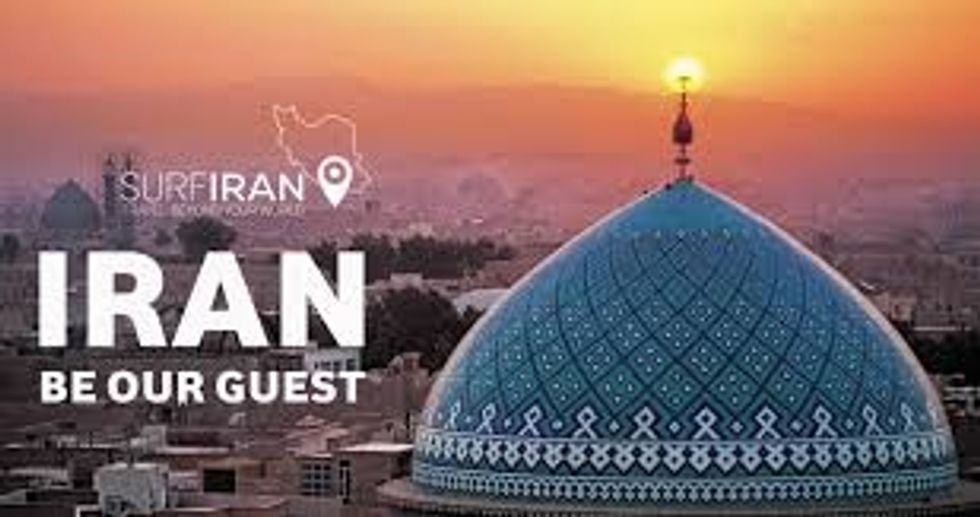 The 2015 Iran nuclear agreement with the United Nations was the culmination of more than a decade of negotiations. It was, nonetheless, a compromise deal, which allowed Iran and the West to get something out of it. Iran stopped enriching uranium, the West lifts the sanctions and the world feels safer. Everything was going well until President Donald Trump dropped the ball.

Trump, since his presidential campaign, has been very vocal against the Iran nuclear deal. He often calls it a bad deal. So two weeks ago, he officially announced that he is taking the United States out of it and that in six months sanctions will be reimposed on Iran. His announcement sent a tremor in Iran and in the European Union countries that do business with Iran. But Iran is, regardless, steadfast; EU countries, meanwhile, are asserting their economic autonomy by attempting to circumvent the U.S. sanctions imposed on Iran.

For example, France and Germany have with Iran some lucrative contracts that are worth billions of euros. Their continued business with Iran makes them vulnerable to U.S. sanctions as well. Those sanctions are a bad idea that only pleases Iran's foes. They are also unjust and quite retaliatory in nature. The objective of those sanctions, I assume, is to punish Iran economically for its nuke effort and for renouncing the use of petrodollar, which the United States considers a declaration of war. So America is making Iran pay for its sins like Saddam Hussein and Muammar Khadafi have already paid for theirs with their lives.

Trump's ending of the nuclear agreement with Iran is baseless and without any criteria. Iran meticulously complied with all the stipulations of the said agreement. The International Atomic Energy Agency general director, Yukiya Amano, confirmed after conducting a number of inspections at the Iran nuclear sites that the Persian country is complying with the accord.

Iran is being punished twofold. It is under sanctions for no apparent reason; at the same time, it is not allowed to enrich uranium to obtain nuclear weapons. In my opinion, two things are likely to happen: Iran, without inspections, is now free to enrich uranium at full capacity, and the country will somehow manage to thrive through the U.S. sanctions.

Since the 1979 takeover of the U.S. embassy in Teheran, Iran has been the object of recriminations by the United States and its allies. The Persian nation is often accused of being a terrorist state and a state-sponsored terrorist. Wrong! Iran is rather a peaceful country, which falls victim to terrorism and which is combating it within and beyond its borders.

As a major Shiite nation, Iran supports the causes of Shiites everywhere, including the Hezbollah, a militant group who is defending its own motherland of Lebanon against the powerful warmongering Israel. Iran never encroached even one inch into a neighboring country; Israel does it big time. Shiites are not committing terrorist acts around the world; Sunnis do. Also, let's remember 9/11. The terrorists who hijacked the U.S. airliners were Sunni Muslims who mostly came from Saudi Arabia, a so-called friendly country with the United States.

Iran's military might causes apprehension. The fear of Israel and the West is that Iran, once become a nuclear power, will proliferate the deadly weapon. They are also alarmed about the possibility that the nuclear weapons could fall into the hands of terrorists. Again not true. Israel, one of Iran's foes, for instance, would feel the threat of obliteration, Saudi Arabia and others would want to acquire nuclear weapons as well.

In reality, the Middle East is too unstable for nuclear weapons to be in the arsenal of every Muslim country. But whether one likes it or not, Iran is emerging as a military power in the region. Israel will not face an existential threat by Iran but a balance of power that the Jewish State and the United States would object to.

The 2015 nuclear deal that President Barack Obama and the West had negotiated and signed with Iran was the result of concessions made by both parties to arrive at this monumental period of détente. Regrettably, Trump reneged on it. What will happen is that Iran will somewhat suffer economically, but at the same time, it will, within the next decade, grow exponentially to become a military power that stuns the world far greater than North Korea.