To The Game That Gave Me More Than Just Trophies
Odyssey

To The Game That Gave Me More Than Just Trophies

To all of you who I was lucky enough to know because of this game, thank you. 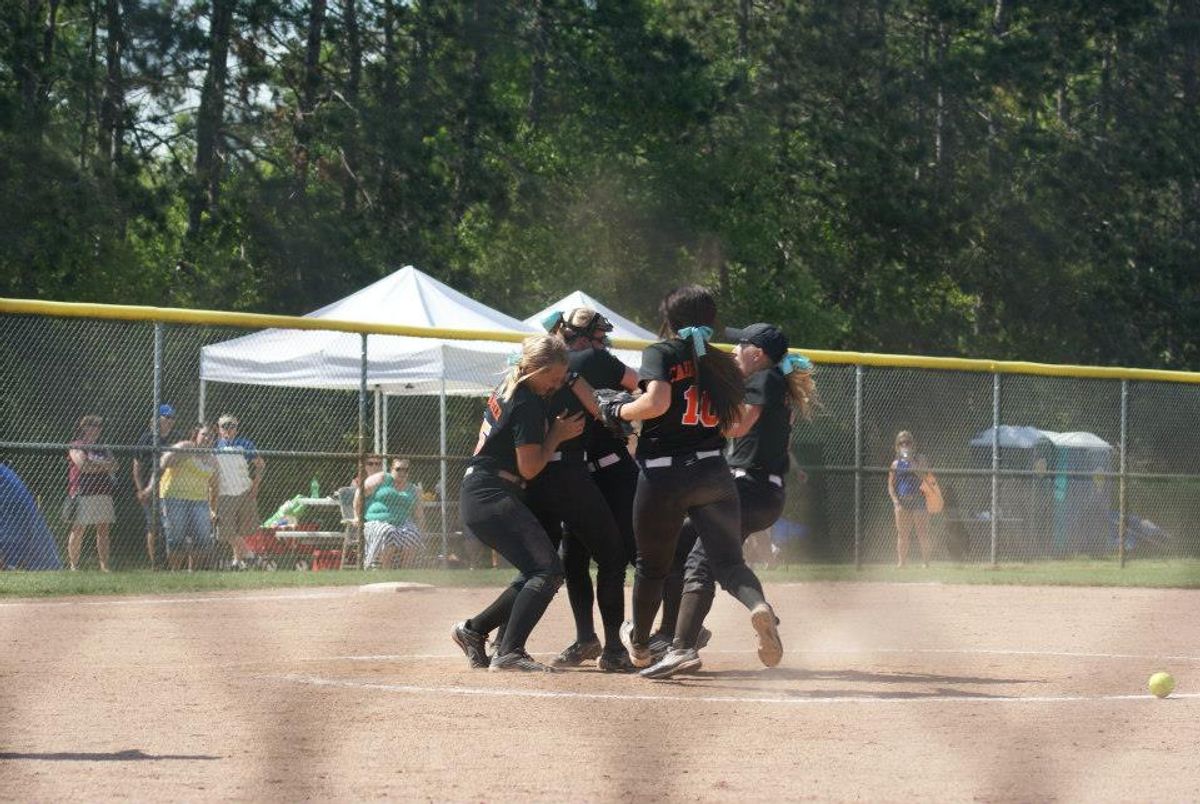 As I grow older and look back on my childhood, there are things that I can look at and say, "That made me who I am today." Playing the game of softball is one of those things. But it brought so much more than a shelf full of trophies and a tolerance to dirt.

I can't even tell you when it was that I officially began to play softball. I'm sure I was one of those 6-year-olds out on the Little League field, hitting the ball to the pitcher and running the wrong way around the bases. What I can tell you is the day that it began to take on some meaning, and that was the summer I was 11 years old.

That day, I vowed my summers to early mornings, awkward tan lines, sore arms, scorching heat, and dirt everywhere. Had I known at the beginning of my career that that's what my weekends would entail every single summer, I honestly might not have signed up. I also didn't know that it was one of the best decisions I would ever make.

Yes, winning tournaments and beating those annoying teams gave me so much joy and pride at times. But nothing compares to the lessons I learned, the coaches I played under, and the lifelong friends that I made.

To my parents who supported and encouraged me—I think that playing a sport as a child is one of the best things that my parents could have encouraged me to do. As a child, I didn't know who I was, or what I expected from myself, or my ability to be a leader or a follower. All the while, though, I was figuring it out, I just didn't know it. There aren't enough thanks in the world to give to you—for all the money spent, the early mornings driving two hours to an 8 a.m. game, the packed lunches, the sunscreen lotion, the gas station runs you made for Gatorade and water—and most of all, your love and support. I always felt like the best player in the world after a good game, and that's because of you. To all of the parents of my teammates—you loved me like your own and made it feel more like a family than a team. Thank you for the bottles of water, the granola bars, and the hugs. You will always be my "other parents."

To the teammates and coaches who taught me to be a leader—my ability to become a leader is all due to the situations and people who pushed me to be one. Had I not played softball, I would have never gotten the opportunity to practice things like leadership. Playing sports also teaches you how to stay within your moral compass. When all you want to do is cuss at the girl who laughed at your teammate, you learn to leave it on the field. You prove your point by how you play, not what you say. Without softball, I may never have learned these lessons and received the opportunity to put them into practice. I think about how I dealt with softball situations so much still, and apply them to situations I am presented with even now in college.

To the coaches who believed in me even when I didn't—everyone has those adults in their life that aren't their parents, but you still trust them as if they were. I was so lucky to be coached by some of the most admirable, funny, genuinely caring coaches throughout my eight years of travel softball. My coaches pushed me, challenged me, and made me the best player that I could be. I trusted them, not only with their hitting signs from third base, but also with my life. And I still do to this day. Even though our time together on the field is done, I know that our friendship is not.

But, after all these great things I have learned and great people I have had the privilege to be coached by, nothing beats the lifelong friendships I have made on that field.

To the girls who became my best friends over some fly balls and strikeouts—there is just something about a sport, something about softball, that brings people so close that the bond never breaks. You know these people like the back of your hand—you know their habits, their family life, their favorite bands, their best home run, their pet peeves, their favorite pitch to hit, their hobbies, their most embarrassing play—the list could go on forever. Endless inside jokes and sideline cheers. Hotel weekends will never be as fun. Early mornings and absolutely horribly, ugly games.

You grew up with these girls; you went from wearing no bras under your jerseys to having to wear two. From straining to throw the ball from outfield to the pitcher, to being scared to catch your teammate's throw, from sweet, innocent 10-year-olds, to fun-loving softball players. These are your "people." Doesn't matter when you stop playing, they'll always be your people.

To the girls who are the midst of it all right now—those early mornings and sprints may seem horrible now, but trust me, you're going to miss them. Cherish every moment you have on the field, and don't take any pitch for granted. Play the game well, but love your team even more.

There are an endless number of thanks that I could give out. To anyone and everyone who I had the privilege to cross paths with in my softball career—you helped to make me who I am today, and made the sport of softball much more than just a game. I miss it more and more every day, and am thankful for the mere eight years I got.

Emmaline B
The Narrative
48429
https://unsplash.com/photos/O0T1SIgHAfM