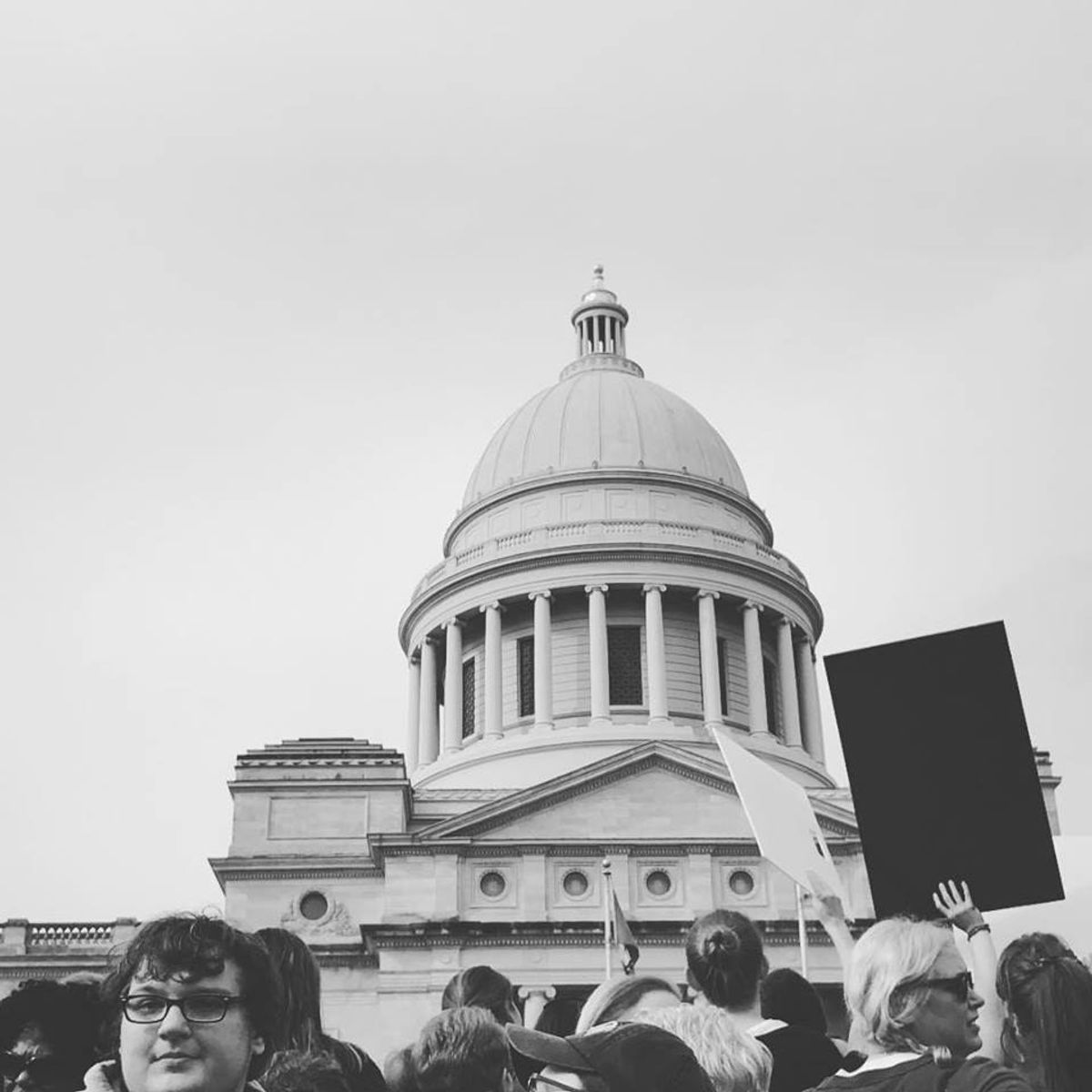 Ever since I was a kid I had these plans. I wanted to be a Rosa, or a Susan. I wanted to be a woman with a name who would have a hand in changing the world. I had these great ideas of holding signs and protesting and showing the world what I thought was right and what I thought needed change. I’m 21 years old now and none of that ever happened. I’m not great and history does not know my name. But they do know one name - Donald J. Trump. Before January 21, 2017, I had never marched or protested or stood up for anything in any way other than with words. But my mom taught me that actions speak louder than words, and I took that advice to heart. So, one day after President Trump was sworn into office, I stood up, walked out of my house, and marched for what I believe in.

YOU make me uncomfortable, Mr. President.

You don’t just make me feel this way but thousands and thousands of men, women, and children as well. Because of that discomfort, we marched.
It was a surreal feeling, sir. It was not like something I’ve ever felt before. I was extroverted. I was relaxed. I was comfortable. I listened to stories of abused women and children and I heard the calls for unity.
We were not violent, Mr. President. We were loud and we were proud but we fought with our words and not our fists.
7,000 of us marched onto the steps of the Arkansas State Capitol building. It was amazing. We were brought together by you Mr. President, but that’s not something I’m excited for.
The only thing I’ve gotten out of this presidency so far, Mr. President, is this drive to stand and this drive to march and this drive to be the voice for those who have no words.
Please prove us wrong, sir. Please bring the unity you have been promising. Do not let the American people down, Mr. President. The Women’s March was the beginning. It won’t stop if change does not happen. Protect us and be the president we need you to be. History is not watching me, but it is watching you. The world is watching you, and if you cannot be the change we need, we will make sure the world watches us too.