An Open Letter To Millennial Republicans: It's Time To Take A Stand
Odyssey

An Open Letter To Millennial Republicans: It's Time To Take A Stand 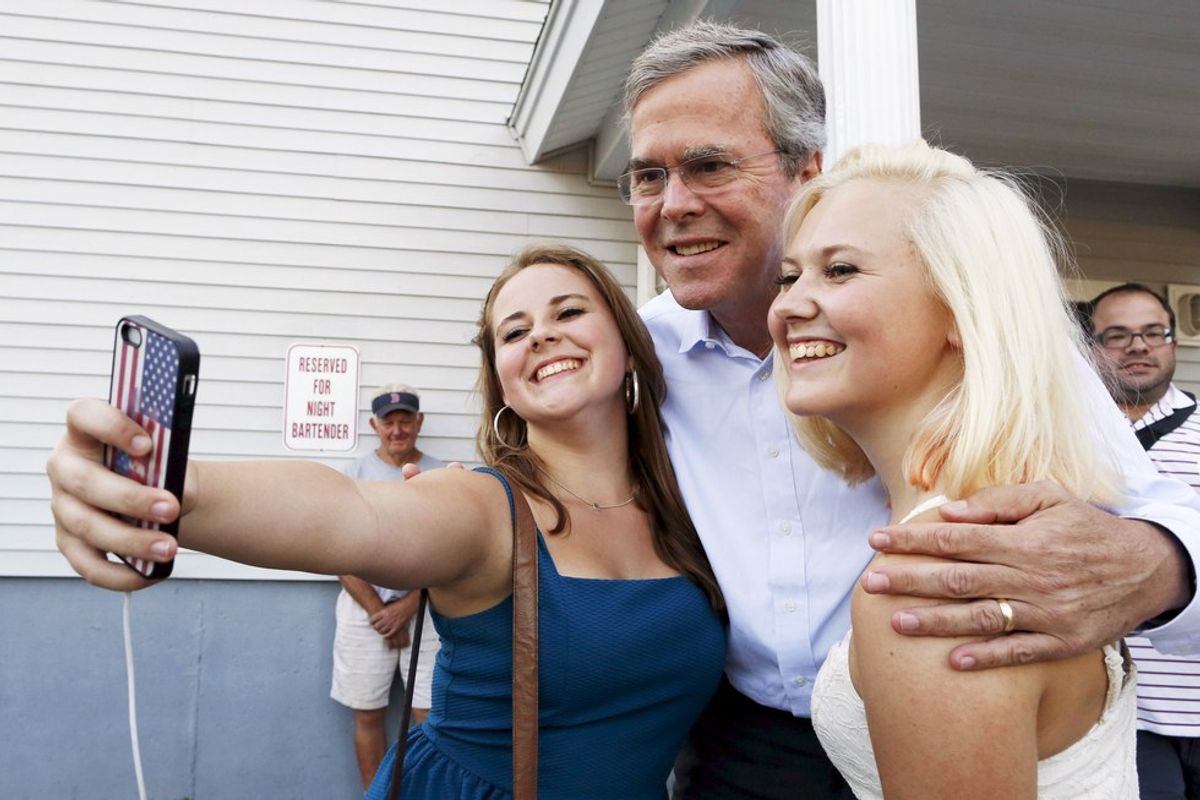 The 2016 election has been one for the books, to say the least. We began with a candidate list long enough to require double digits, that eventually dwindled to one, who ultimately won the election.

However, despite the fact that the party with which we most closely identify won the election, many of us do not necessarily feel that we won. Many of us breathed a sigh of relief that Hillary was not the victor, but also, many of us didn't exactly cheer when a Trump presidency was announced. Some of us couldn't even bring ourselves to vote for him, opting for Hillary or a third-party vote instead.

This is a problem.

Millennial republicans are conflicted; and many of us would agree that the conflict comes from the fact that we are part of a generation that is, in general, more accepting than previous generations. It is in large part due to this reason that many of our peers have opted to lean toward, or outright choose, the Democratic party.

The Republican stereotype, in turn, becomes a combination of what many of the Republican party platforms seem to endorse and what those already in leadership promote - that we are bigoted, racist, classist, sexist. Every time a Republican leader says something ridiculous about how women's bodies will prevent pregnancy if she is raped (I'm looking at you, Todd Akin), we are all looked at as collectively responsible for this kind of thinking.

In all reality, millennials - even those of us identifying as republican - are socially forward-thinking. According to the Pew Research Center (PRC) found that 61 percent of millennials who identify as Republican also believe in gay marriage - going directly against one of the Republican party platforms. The reason many of us identify as Republican has very little to do with the social issues, and has more to do with economics and the size of government.

Because of this, we are often accused of not caring. Many say that if we voted Republican in 2016, it means that we must be racist, sexist, xenophobic, etc. because the candidate displayed this as well; by voting for him, it means you condone all that he has said and done.

We cannot be complacent. Instead, we must be more active than ever.

We need to register as republicans so that we have a say in the primaries.

We need to not only talk about our beliefs, but explain them loudly, so that people really see what they are instead of making an assumption.

We need to listen, because we cannot expect to be heard if we do not care to be attentive.

We need to write letters to our lawmakers about what we want to see implemented so that their platforms are a reflection of what we wish to see accomplished.

We need to attend delegations, so that those who do reflect our beliefs see that they have support, and cannot be told otherwise.

We need to educate ourselves on both sides of the issues in order to see the full picture.

We need to study politics, so that we are prepared when it is our time to be leaders, because someday we'll grow up.

Someday, we'll be the leaders of the party.

Political parties are forever changing - what are Republican ideals today were Democratic ideals 30 years ago.

Do not just sit down and let the most radical voices be the loudest. Do not let the same people terrorizing minority groups by vandalizing their cars and homes become your congressional representatives.

It is our job to not only envision a better future, but to bring it about. Only with a collective effort can we truly "Make America Great Again."

Make an effort. Make a difference.