A Chat With Caeleb Dressel: The Man, The Myth, The Future Olympian
Odyssey

A Chat With Caeleb Dressel: The Man, The Myth, The Future Olympian

Caeleb Dressel Holds the Record For the Fastest 50 Free Time In History. 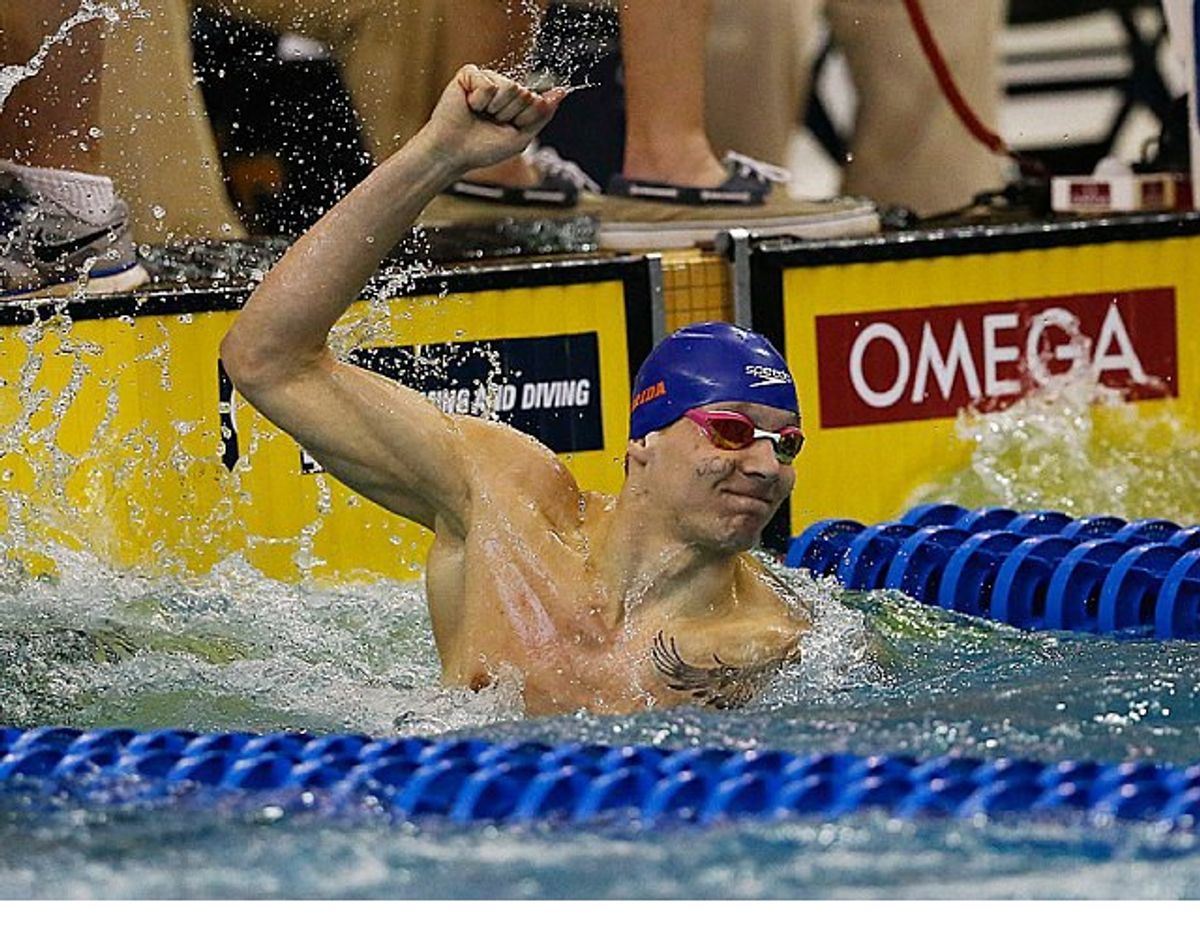 He groans as the familiar beep of his alarm interrupts his ever so peaceful dream. Half heartedly opening one eye ever so slightly to pound down on the snooze button...5:15 a.m., groggily doing the math in his head he figures he can get 15 more minutes of sleep and still have enough time to grab a protein bar and get out the door to make it to practice in time. He slowly closes his eyes dreading for the moment that the timer of the snooze button runs out.

When he awakes yet again its the real deal. His muscles ache remembering the pain they endured only 8 hours ago. It's as if he's an eighty-year-old man attempting to lift himself out of bed without any assistance. Life alert on standby. Every moment is stiff and in only a few short minutes the agonizing pain will have to be put on hold as he pushes his body and mind through yet another grueling practice. Making every flip turn and underwater count, working himself towards greatness.

The familiar smell of chlorine fills his nostrils, as he adjusts his cap and goggles. Preparing his body and mind for the initial shock of the ice cold water engulfing his body with the first dive into the pool for a long and challenging two-hour practice. Sometimes involving double swims or weight training before or after. Leading towards a full 23-hour week of swimming. that means hours of pushing his muscles to their breaking points.

Swimming is not an easy sport, it takes time, dedication, and not to mention a low pain tolerance. The greats such as Michael Phelps and Ryan Lochte didn’t just wake up one-day hop into the pool and break world records. They spent every second of their lives training, dreaming, reaching for greatness. The life of a swimmer is a rough path but, its also satisfying. To finish a race and look up at the board, seeing the seconds that you dropped, knowing that all the hard work you had been putting in was paying off. There is no better feeling in the entire world.

Swimming is not just a sport, it's a lifestyle for most. The true athlete’s breath, sleep, and eat swim. Swimmers live on carbs, 20 min naps, and the adrenaline of a race. It takes dedication and determination to accomplish the impossible. Take elite swimmer Caeleb Dressel for example. At only 19 years old he has already accomplished things some of us can only dream of, in and out of the pool. With record breaking times, a beautiful and supportive girlfriend and a strong connection with God it's no wonder he's got a straight path leading right to the Olympics.

Dressel was born in Green Cove Springs, Fla. On August 16,1996. Currently he swims for the University of Florida, but has roots in Jacksonville Florida where he swam for the well known club team Bolles. His talent for swimming was exposed early while he was young. Before deciding swimming was the sport he wanted to “marry” Dressel was attempting to decide between either swimming or soccer.

At eleven years old he chose swimming and began to place all his focus on that one sport. Before he even was a teenager Dressel broke the boys 13-14 National Age Group record in the 50-meter freestyle. Thus furthering his decision to stick with his new love, swimming. Since then he has accomplished many other achievements most of us can only dream about. He became the first swimmer under 16 years old to break 20 seconds in the 50yrd freestyle. At the World Championship Trials Dressel broke the National Age Group Record which made him the youngest swimmer in all of The United States history to swim a sub- 50 second 100 meter free.

At 17 years old Dressel pulled off a sub 19 second 50- yard freestyle swim at a time of 18.94. This ranked him 15th on the all-time list. Recently Dressel returned to the 2016 SEC Swimming and Diving Championships in Columbia, Missouri. He was defending his title as champion in the NCAA 50-yard freestyle. He swam an 18.39, which crowned him with the fastest 50-yard freestyle in history. Then again back in March Dressel broke his own record for the 50-yard freestyle, posting a time of 18.20 and yet again inspiring swimmers all around the world.

With Olympic trials approaching, the big question on everyone’s mind is who truly is Caeleb Dressel? I was lucky enough to ask him some questions, giving us a chance to get to know this future Olympian super swimmer a little bit better.

Q: What other swimmers are your role models?

A: I don’t have any swim role models necessarily, but I do like do Jackson, Michael Jordan, and Muhammad ail.

Q:How many hours a week are dedicated to your training?

A:About 23 hours a week including dry land and weightlifting.

What's a typical day for you during season?

A: A typical day would consist of getting up at 5:30 for weights, then swimming right after, then breakfast, then class after that, then I would take a nap, then eat lunch, then go to second practice, then eat dinner, then do homework, then go to bed.

What is your biggest moment in your swimming career?

A: I don’t know what my biggest moment in my career would be I just enjoy the time and relationships I build with my teammates which is my favorite thing about my sport and time at UF and swimming in general.

How do you balance swimming and your social life?

A: Swimming does take up a large amount of time but I spend most of my time outside the pool with the same people so I enjoy practices being with my friends and teammates so its not too hard.

Do you have diet restrictions?

A: I don’t have any diet restrictions but I do eat a lot of carbs as I need the energy to keep up with training. I also take supplements and vitamins to assist with muscle building and energy.

What injuries have you had/bounced back from?

A: I’ve been blessed to not have had any detrimental injuries during my swimming career but have had to learn to stay tough mentally as I have come back from 6 months out of the water and bounced back by staying positive and trusting in my coaches to get to the point where I am now.

How much sleep do you usually get?

A:I usually aim for 8 hours of sleep per night with naps during the day as well.

How do you stay so humble with all your accomplishments?

A: I can’t take credit for my swim success as it is God given talent and I just listen to my coaches and do what I am told.

As the 2016 Olympic trials draws near, we will be keeping a close eye on Dressel and wish him the best of luck!