We Get It, The Super Bowl Happened
Odyssey

We Get It, The Super Bowl Happened

Newsflash: It happens every year. Here are some fun highlights from last week's game that even (especially) the non-football fan can enjoy. 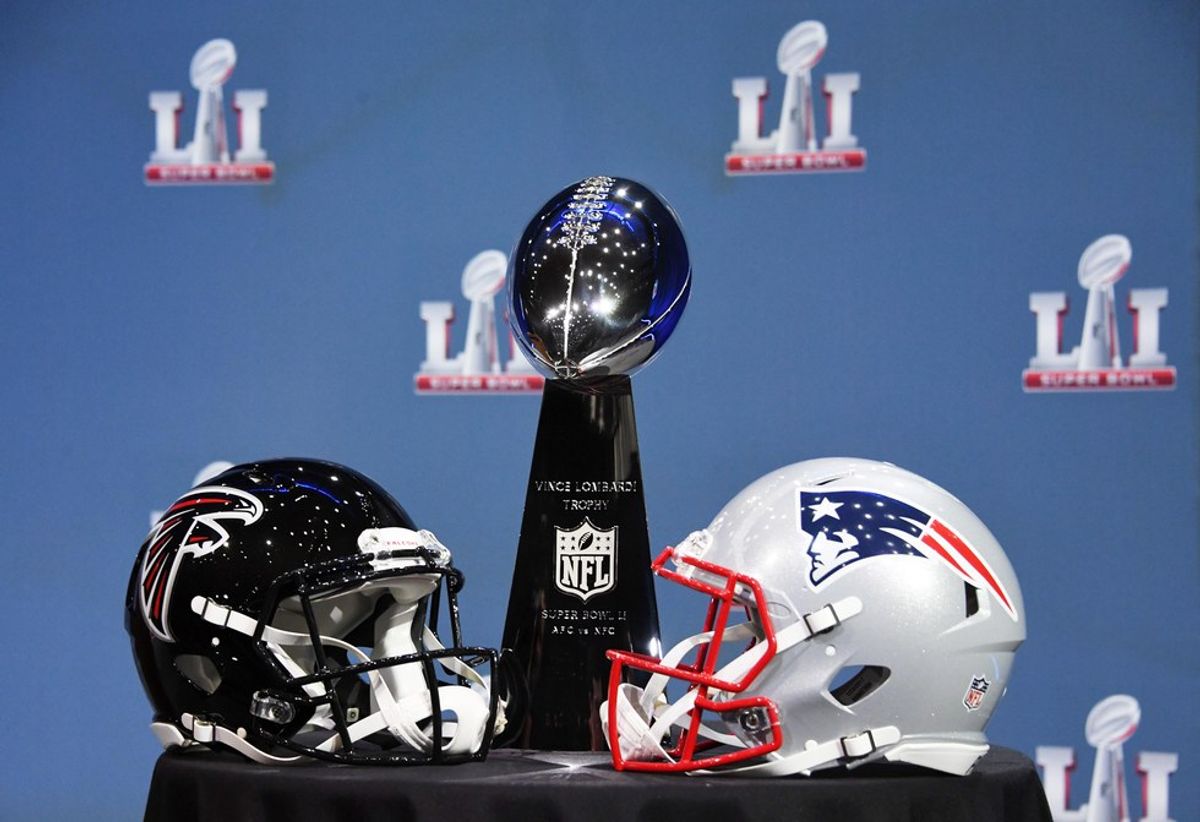 The Super Bowl comes around every year and every year I have the same thought. Why? Don't get me wrong, I understand that sports have their importance. I know others (those who actually enjoy watching sports on television) feel very passionate about their teams and want to cheer them on until the very end. I get it, the Super Bowl and other sporting events like it bring a certain level of camaraderie and spirit to one's life, but it just doesn't offer that same "thrill" for me.

So, when the Super Bowl comes around every year, I'm left to sit there and patiently wait the agonizing, three hours for the game to finally be over so that I can have an actual conversation with someone that doesn't involve sports. You might not be someone that feels the same as I, but I can assure you that there are many others out there that feel the way I do. So for those of you who dislike watching sports as much as I do, here's a positive spin and some highlights from last weekend's game that you (and everyone) can actually enjoy.

1. Right off the bat, the Schuyler Sisters crushing their performance in perfect harmonization.

What better way to start off a game that you don't want to watch than by throwing in the Schuyler Sisters from the production of Hamilton. They were a pleasant surprise for me and their daring move to replace the lyric of "brotherhood" with "sisterhood" made me fall in love with them even more.

I'm not typically a huge country fan, but I do have to admit that Luke Bryan did a particularly nice job.

3. Finding out that the Big Mac now comes in three sizes.

What?! I mean if I had to watch the Super Bowl to find out that McDonald's now offers three sizes of Big Macs, then I can never argue that I don't learn or retain new information from watching sports.

First of all, not only was it a beautiful display of affection from the former President and fist lady but it was also hilarious to see the officials and others scramble around to see the result of the coin toss when it fell inside the huddled group of players. This is especially humorous because you know you don't care about the outcome of the toss.

5. The excessive National Football League (NFL) voice over when the game comes back on.

I mean does the voice over really have to be that dramatic? They've been doing this for years, we don't need the constant reminder that we're watching the "National Football League" as this is the only channel that everyone gathered in the room will allow me to watch.

6. The celebration of the first touchdown.

Sports fan or not, the moment is always an iconic and fun-loving one.

8. The myriad of celebrity advertisements.

Honda's hopeful television spot and Bai's commercial with Justin Timberlake and Christopher Walken are just the two that stuck out to me. They always ensure a good laugh when you need it most to make it through the rest of the game.

9. The Patriots player's and coach's angry faces before they started scoring.

Truly amazing. You and I didn't care about the result of the game so I couldn't help but laugh about the seriousness and amount of pressure they were putting on themselves for a football game.

10. The Intel robot showing off his moves.

This guy always popped up whenever the game started back up again and showed us a different sponsor for the event each time. He always had a new move and one notices these things when they're not really paying attention to the game. I mean just look at the amount of patriotism he has.

Her performance was her own personal audition for the circus and she nailed it with her singing, dancing, and aerial stunts. Not to mention the girl's outfit and makeup changes were on point.

12. Her one backup dancer/microphone holder.

You know what I'm talking about. It was the guy who practically stole the show from Gaga herself with his exquisite dance moves.

Seriously. His name was mentioned maybe 87 thousand times and that's way too much. I get it, he's a big deal with five Super Bowl victories and blah blah blah...

14. Michael Strahan looking uncomfortable when bringing up the trophy while others kiss it repeatedly.

My initial thoughts were, "Oh well hey there's Kelly's old host from LIVE with Kelly!" While he is all smiles in this particular photo, if you look back at the footage you can just sense his awkwardness. Why do people have to kiss it anyways? I'll never understand. Especially just the fans who didn't win the trophy. I'm sorry, but I don't think it's normal to kiss a stranger's trophy. I would certainly get some judgy stares if I did it in any context outside of the Super Bowl.

15. The "Football Season is Over" Walking Dead Teaser.

Bliss. Just pure Bliss. What a perfect way to end the game by having a weapon destroy a football in the teaser for the beloved series. It brilliantly brings to light that we no longer have to deal with people discussing football for the next couple of months and can instead move on to more important things.
Report this Content
This article has not been reviewed by Odyssey HQ and solely reflects the ideas and opinions of the creator.