We Need To Stop Villainizing Mental Illness
Odyssey
CurrentlySwoonLifestyleHealth & WellnessStudent LifeContent InspirationEntertainmentPolitics and ActivismSportsAdulting
About usAdvertiseTermsPrivacyDMCAContact us
® 2023 ODYSSEY
Welcome back
Sign in to comment to your favorite stories, participate in your community and interact with your friends
or
LOG IN WITH FACEBOOK
No account? Create one
Start writing a post
Health and Wellness 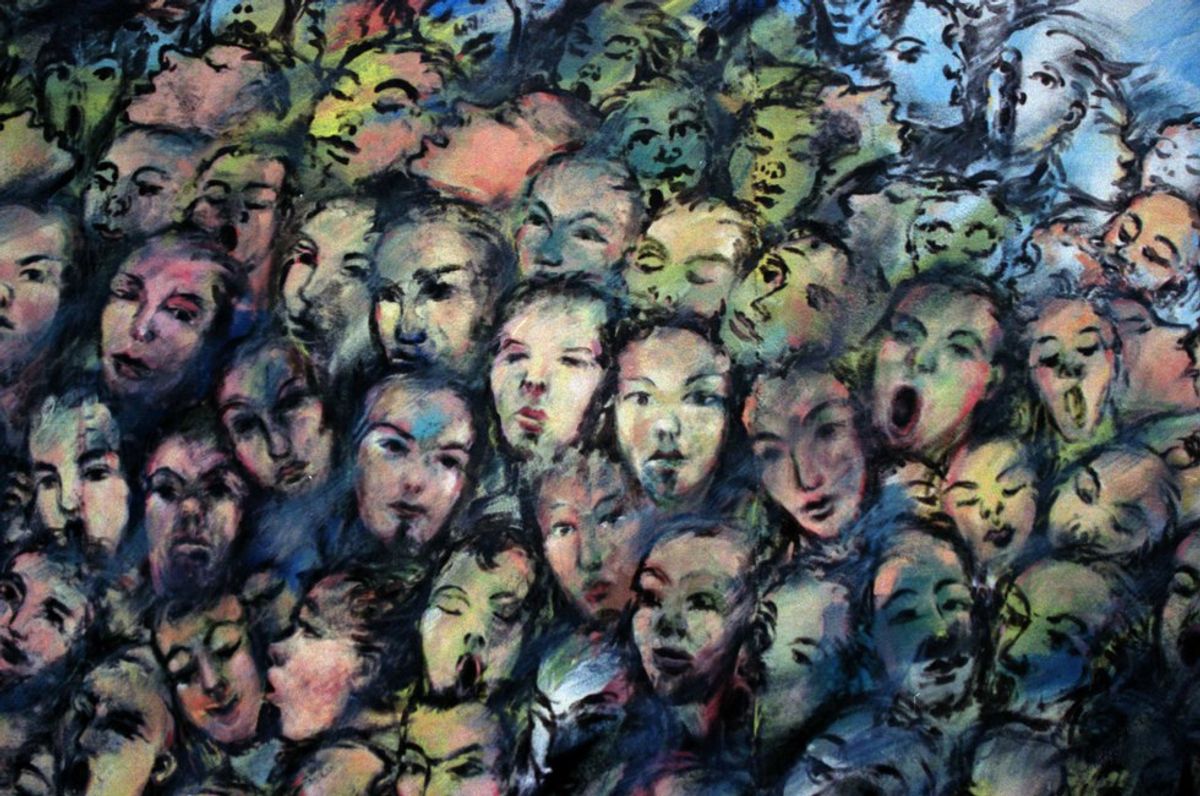 I am one of millions of people living with mental illness. I have anxiety and depression. I wasn't open about this part of myself until recently, because I was scared of the stigma that might come with being open about my mental health. I was afraid of being perceived as "crazy" or "weak" or some other awful stereotype. I am not crazy. I am not weak. I am not a violent person; in fact, I'm a pacifist. And the majority of people living with mental illnesses are not violent. They're like me; they have friends and hobbies and jobs, and they are perfectly peaceful.

So it's time that we stop villainizing mental illness. I feel like nearly every time we hear about tragedies, about massacres, the media always tells us about the "mentally-ill" people who perpetrated the crimes. We hear about their "mental instabilities" and it perpetuates the stigma surrounding mental health. It gives us this idea that people dealing with mental illness, some of the strongest people in the world, are unstable and violent and cannot be trusted.

Now, I understand that no sane, empathetic person would commit something as vile and horrible as taking the lives of other human beings. I understand that. I get that these acts do not originate from normal human nature.

But when I see a blog post by Ann Coulter titled: "Guns don't kill people, the mentally ill do," I cannot help but roll my eyes with the ignorance of it all. And the more I research what other public figures have said on the matter, the more upsetting the arguments become. After the Colorado Planned Parenthood shooting, Paul Ryan said that "one common denominator in these tragedies is mental illness." Donald Trump, possibly our future president, has said that he is against tightening gun laws, but wants to address mental health instead, saying: "this isn't a gun problem, this is a mental problem." Trump once also talked about the mental institutions of "the old days" in a positive light in an interview on CNN. Now, I cannot be sure what exactly Trump meant to refer to when he mentioned these institutions, but if my research tells me anything, psychiatric institutions of "the old days" are well-known for their abusive methods and therapies. And in 2012, the president of the National Rifle Association, Wayne LaPierre suggested the creation of "an active national database of the mentally ill," which would unfairly target the entire population of people dealing with mental illnesses, the vast majority of whom are nonviolent.

I am so sick of politicians and the media acting like the problem isn't with guns and other destructive weapons, but rather with mental health instead. By using the blanket statement of "mental illness" as the problem, they are spreading uninformed, false, and slanderous beliefs about millions of people. And for people unlike me, for people who haven't encountered mental illness in a personal way, it's easy to believe these blanket statements. It's easy to think that people dealing with mental illnesses are crazy and violent and untrustworthy. It is easy to be scared of somebody who has a mental illness. It is so easy to say that the people themselves are the problem, and that all the people like them, all the people dealing with similar issues, are going to be the problem someday too. But one person cannot do with a single body, with a pair of hands and legs, what an assault rifle can do in a matter of mere seconds. Mental health is important and should be talked about openly. But it should not be used as a scapegoat for a larger problem. Blaming the violence on an entire group of people, on peaceful people like me, only perpetuates the stigma and scares off people from reaching out and getting treatment.