It's disgusting and it needs to stop. 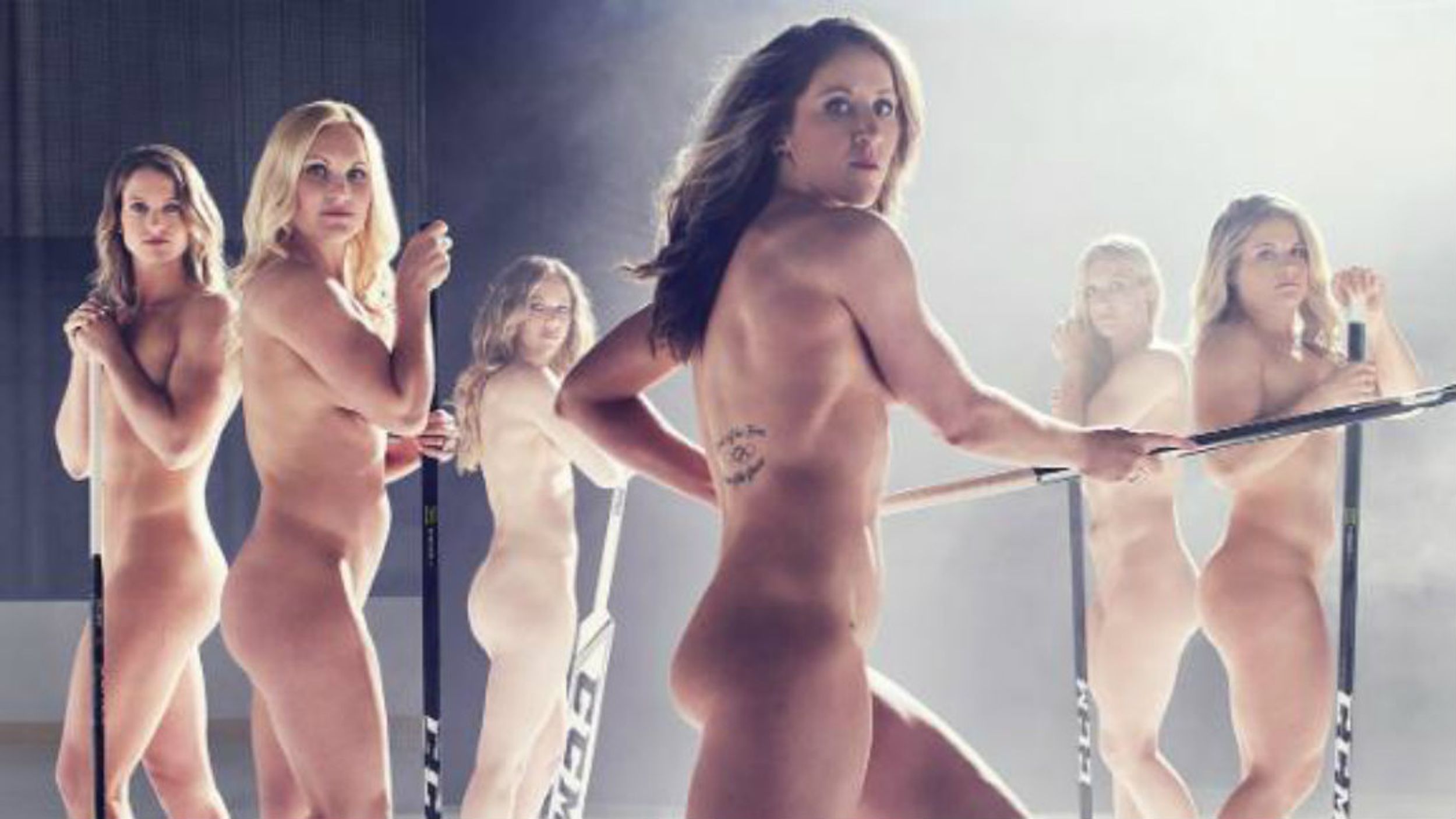 The day after the Fourth of July, the images from the 2017 edition of ESPN's "The Body Issue", were released digitally on the ESPN website. The Body Issue is an annual thing, featuring professional athletes without close, posed in a position where you don't see any actual nudity. It's meant to showcase the athletes and their muscular bodies that they've worked so hard to develop and maintain. Among the athletes posing for this year's edition were six members of the US Women's National Hockey Team.

Since the reveal of the images, news stations and hockey pages have been reposting them and the amount of nasty comments on the articles is appalling.

Part of the reason the women are featured in this issue is for the groundbreaking year they had while fighting for equal treatment from USA Hockey, their governing body. They spoke about the year they had and the fight they fought in the article and interview portion. So when someone posts the story, the headline comes up with the photos from The Body Issue.

This is when people start getting nasty.

There are, of course, the sexist pigs who make crude sexual comments about the women because they're not wearing any clothes and they're beautiful. There are also the people saying how they've taken steps backwards, they're doing it for attention, that they're not good role models for their young daughters, that they're manly.

It's time for it all to stop.

Contrary to popular belief, this magazine isn't meant to be sexual. It's so shocking today in our over-sexualized culture to imagine that people who aren't wearing clothes or are wearing little clothing aren't sex objects, especially women.

And as for the fact that they're bad role models? That they're doing it for attention? Somehow, those rude, judgemental comments are nowhere to be found when the photos of the male athletes are posted on Facebook. These women weren't posing nude for Playboy, they weren't sexualizing themselves to sell something, they were featured as athletes , not sex objects that are meant to be degraded and dehumanized. They did not do this to be called poor role models, in fact, the fact that they were brave enough to do the photo shoot proves that they're great role models.

I played hockey in high school, no other girls that I went to school with did so I was different. I had bigger thighs and shorter legs than the skinny, leggy volleyball players I went to school with. Jeans were a pain to try to fit into, shorts would always ride up no matter what I did and buying a swimsuit usually consisted of at least one meltdown in the dressing room because I thought something was wrong with me and my body because I couldn't find a pair of swimsuit bottoms that would cover my butt or shorts or jeans that weren't too small in the thighs.

The women I saw on TV and in movies and on magazine covers were leggy, tall and skinny, they didn't look like me and neither did the women and girls in the advertisements and displays at stores.

But these women, they're short, have muscular legs and butts and don't look like supermodels.

I'd much rather have seen pictures of women like them when I was younger than having the unrealistic expectation of every woman being long, leggy and thin because that isn't what every woman looks like and getting a body like that just wasn't realistic. I'd call these female athletes pretty good role models.

The fact that they are featured in the same magazine as male athletes who are doing the same exact thing, proves that they aren't taking steps backward, they're moving forward and getting closer to becoming equal. Those women who are knocking their own gender for being disgusting and "poor role models" for being brave enough to show their bodies that they have worked hard to develop and maintain are those who are taking steps backward.

The culture of out society remains unchanged as the crude comments keep rolling in.

And those calling them manly women? There's nothing manly about being a strong, beautiful woman, in fact, it intimidates the men who make the nasty, insulting comments on Facebook and other social media outlets and those who are like them. Being strong isn't manly, in fact, one of the women, Monique Lamoreaux-Morando, Olympic Silver Medalist, World Championship Gold Medalist and Silver Medalist, had this to say about being a strong woman:

"We're strong women, not just physically but mentally. You don't have to be shy about being strong or being able to lift as much weight as the guy next to you. Yeah, we might not be a size 2, but we're confident in what we do, what we put on the ice, and what we do day in and day out. "

And I'm pretty sure and decent human being would answer all of those questions with a resounding no.

So let's stop this senseless sexualization of women in our culture, stop making disgusting, crude comments because they're beautiful. Stop making strong women out to be manly and ugly because strong is beautiful. These women worked hard for their bodies and their status and deserve to be showcased along with the 17 other athletes who participated in this photo shoot don't deserve to be sexualized and degraded for the gratification of sick and twisted immature men and women who have nothing better to do than tear down others.