"We don't think about how what we say & do can hurt someone struggling in situations unfathomable." 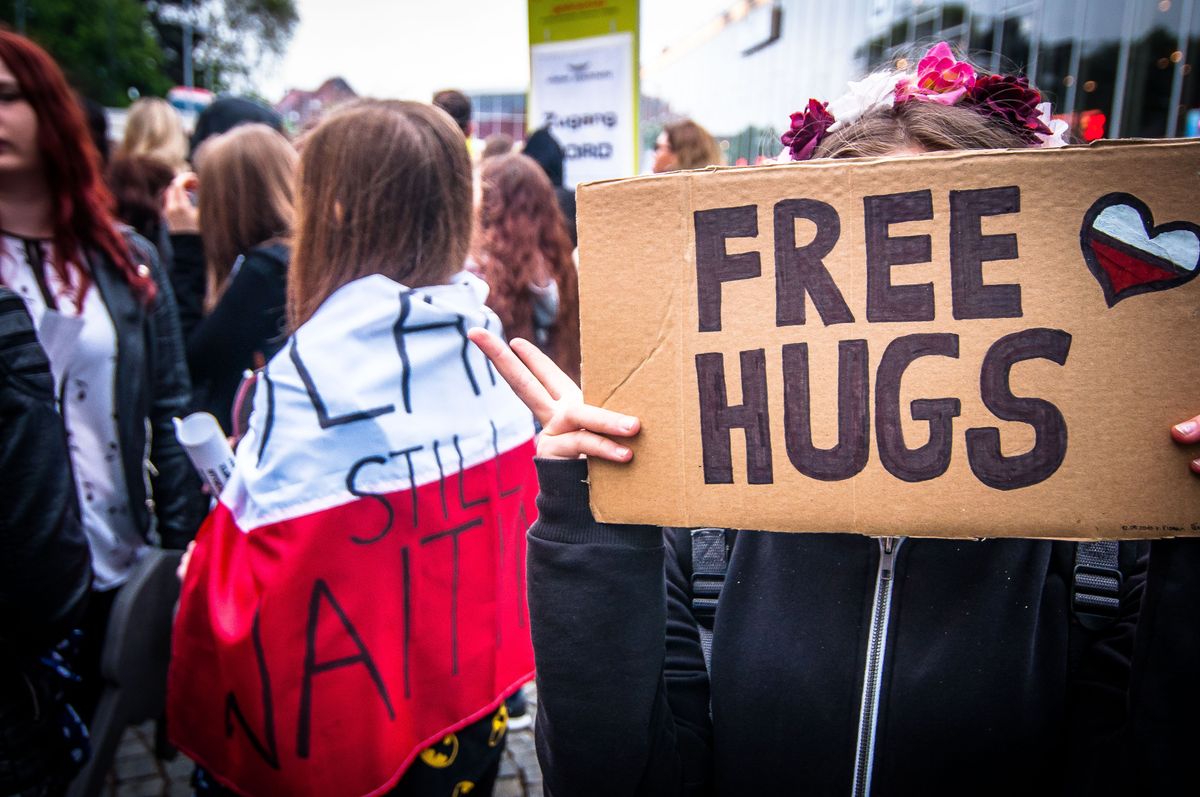 You are not funny when you post Snapchats of your friends goofing around - captioning the situation, "triggered."

You do not sound intelligent by complaining about your low phone battery caused by excessive texting... voicing the need to have the latest Apple Watch... feeling really tired from staying up to binge watch Netflix... or expressing frustration for other political views you don't like, by using the word, 'triggered.'

According to Urban Dictionary, triggered means: when someone gets offended or gets their feelings hurt, often using memes to describe feminist(s), or people with strong victimization.

"Lol this femi-nazi is sooo triggered because I told her to make me a sandwich."

"Easily set off by constant heckling of a usually specific topic."

A 'trigger' is something a person who has experienced significant psychological trauma/ and or abuse in the past can suffer from. The "triggers" are often caused by the (usually) innocent actions of people or the world around them. Due to the brain's lack of processing the trauma, the survivor has no control coping to these situations in a healthy manor, or without losing touch with the physical world around them. According to Psych Central,

"A trigger is something that sets off a memory tape or flashback - transporting the person back to the event of his or her trauma. Triggers are often very personal; different things trigger different people. The survivor may begin to avoid situations and stimuli that she/ he thinks triggered the flashback. She/he will react to this flashback, trigger with an emotional intensity similar to that at the time of their trauma. A person's triggers are activated through one or more of the five senses: sight, sound, touch, smell, and taste."

People diagnosed with PTSD - post - traumatic stress disorder, experience flashbacks through the form of triggers. Many war veterans end up with PTSD - which is part of the reason the suicide rate for veterans is so high. Other forms of PTSD or symptoms of severe flashbacks can result from an abusive childhood, sexual assault & rape, extreme violence (bombings, terrorist attacks, abduction, murder, etc.), and even emotional abuse alone.

People who are not diagnosed with PTSD can also experience flashbacks via triggers. Survivors of suicide attempts, self harm, drug or alcohol abuse, and various forms of emotional abuse or manipulation are only a few examples.

Individuals who have experienced trauma often spend years in various treatments & various therapy counseling programs in order to process the trauma and take better control of the triggers which can happen in every day life.

How has a promising, young, generation learned to become so ignorant? We know our parents don't use Urban Dictionary - young adults and teenagers do.

So again - how have we - the future of tomorrow - come to be so ignorant? I have seen young people all over the internet and social media use the word 'triggered' to describe trivial situations.

I want you to know, it is okay to use the word triggered freely, if you feel okay diminishing other survivor's trauma. This can go from an old friend to the US Veterans who keep Americans safe and allow our dreams to come true every single day.

I want you to know, it is okay to use the word triggered freely, if displaying yourself in an ignorant and selfish manner does not bother you.

People take advantage of social media. Now that people can appear brave behind a LED screen, they have also become very foolish and loose with words and images they display on the internet.

Take Kathy Griffin and her Donald Trump picture - she went further than display her dislike for the president. She went as far as threatening him. We are allowed to not like Donald Trump. I will straight out admit - I voted for Hilary this past election. That being said, Kathy was not mindful of how her image presentation could be interpreted or impact others and the US government.

Take the Netflix series based off novel by Jay Asher, Thirteen Reasons Why. (Spoiler Alert!!) Hannah Baker was bullied to the point of suicide. The people in her life were not careful with their words. Words.can.hurt.

People use their words freely - to the point where we are not mindful of the content. We lose sight of how our actions affect other people. We don't think about how what we say and do can hurt someone struggling through situations unfathomable.