5 Misconceptions About PTSD That NEED To Be Debunked

5 Misconceptions About PTSD That NEED To Be Debunked

Don't make assumptions about a disorder you don't have. 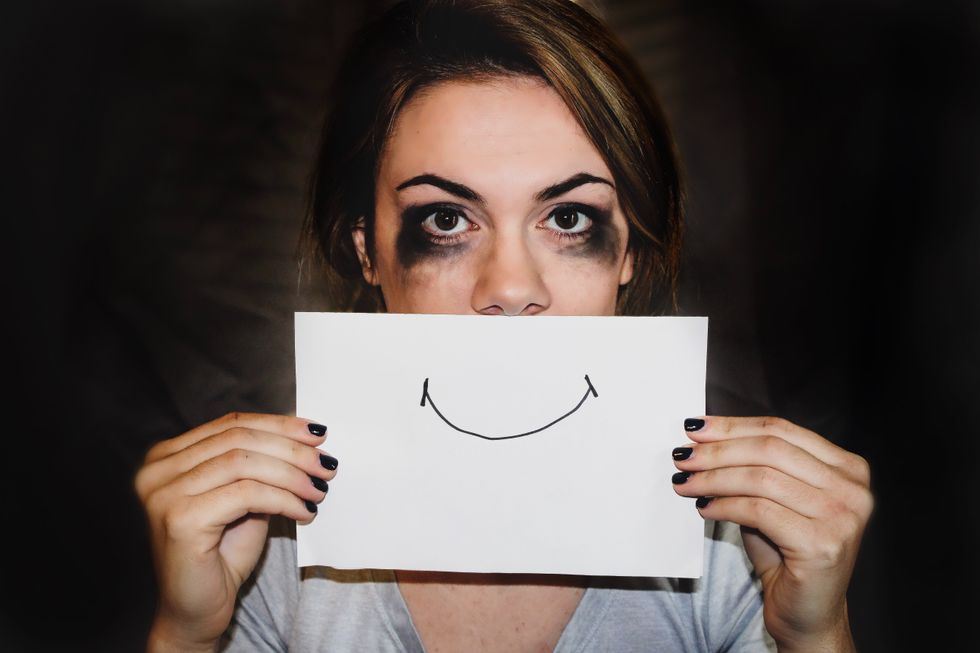 PTSD stands for post-traumatic stress disorder, an anxiety disorder caused by trauma a person has not fully recovered from. The hallmark signs are repeated nightmares, flashbacks, and hypervigilance. Some key differences to note is that people who have this disorder experience changes in their brain: an overactive amygdala combined with an underactive prefrontal cortex results in heightened anxiety related to anything that resembles the trauma, getting spooked easily, and avoidance of situations that trigger heightened emotional reactions.

While PTSD is commonly associated with soldiers returning home from combat, they are not the only ones affected. Here are five misconceptions that need to be debunked about this mental illness.

1. Only soldiers are affected.

Photo by British Library on Unsplash

While the biggest concern surrounding combat is the development of PTSD, soldiers are not the only group susceptible to it. Anyone who has experienced a traumatic event, first or secondhand, such as death, violence, abuse, etc. and does not receive proper support or care to process it, can experience long-lasting post-traumatic stress. Both children and adults are susceptible to it.

Here's the thing about that: those with healthy brains do experience nightmares, but they are typically infrequent and fictitious, so people quickly forget them. Those with PTSD have very real flashbacks of their traumatic events, and it is often described as reliving the experience repeatedly in their dreams. The nightmares include memories, heightened anxiety, and intense negative emotions, making them very memorable. A hallmark sign of PTSD is vivid flashbacks and nightmares, making sleep difficult due to hypervigilance. These are no joke and it is not something to downplay.

3. You can just "forget" and "move on" from the traumatic event.

Photo by Larm Rmah on Unsplash

An important thing to understand is that PTSD physically alters the brain structure. NCBI states that "Patients with post-traumatic stress disorder (PTSD) show smaller hippocampus volumes, increased amygdala function, and decreased medial prefrontal/anterior cingulate function. In addition, patients with PTSD show increased cortisol and norepinephrine responses to stress." This means that the brain sends out fear signals and misreads situations easily, causing the "fight or flight" response to kick in at inappropriate times. Those affected have trouble sleeping due to hypervigilance, meaning that their body is lowkey always on the lookout for danger and unable to rest. They become very sensitive to all kinds of abnormal sounds, ready to run at the first sight of danger, even when there is none. So, only with the help of therapy and a good support system can they properly move on from the trauma healthily. But, one does not just dust themselves off and forget about possibly the worst experience of their life. It is very insensitive to say "Get over it." Because you are ignoring the person's struggles in a situation they cannot control. What they need is help, not a pep talk.

4. People with PTSD "obsess" over their traumas.

It is common for people with PTSD to have a lot of negative, anxious, and depressed moods following the trauma. However, just like anyone else who is upset, they need to discuss what happened, vent, cry, and talk about their feelings so they can cope healthily. Changing the subject to something "more positive" because you're tired of someone "obsessing" over something that happened however long ago is not a compassionate approach to someone who is struggling. A practice therapists use to treat PTSD is Cognitive Behavioral Therapy, which involves discussing the traumatic event in-depth, working through the patients' fears, worries, and reactions to it, so that they can process what happened, accept it, then retrain their brain to think and cope normally. This isn't obsessive, it's called processing. Learn the difference.

Photo by Luis Galvez on Unsplash

It is not up to you to decide what is important and what is not. PTSD does not stem from any ordinary inconvenience or trouble. Those who develop it from situations other than death are typically looked at as "not a big deal" from outsiders, however, do not see the event through the eyes of the victim and so of course, can't relate to it. This is why you don't dismiss people with post-traumatic stress. They experienced something awful, and have to deal with their brain changing, which is hard enough without insincere comments that will only worsen their mental health.

A key point to understand is that insincerity, dismissal, and rude comments to someone who has any kind of mental illness only harms them in their recovery. When people's struggles, which are very real, even if they are invisible to outsiders, are not acknowledged, they are less likely to seek help from a professional. This causes them to resort to unhealthy coping mechanisms and even worsening physical health.

Stress can cause higher blood pressure, hair loss, bad skin, dark under-eye circles, and more. There are no exact criteria for who develops PTSD or how which is why support is vital to those who have it. So, please, have compassion for others when you don't know what they're going through.

If you or someone you know needs help with substance abuse or mental health issues, call 800-662-HELP (4357) for the SAMHSA National Helpline.