Why You Should Stop Ignoring The Homeless Man On The Street

Why You Should Stop Ignoring The Homeless Man On The Street

One simple act of kindness can make all the difference. 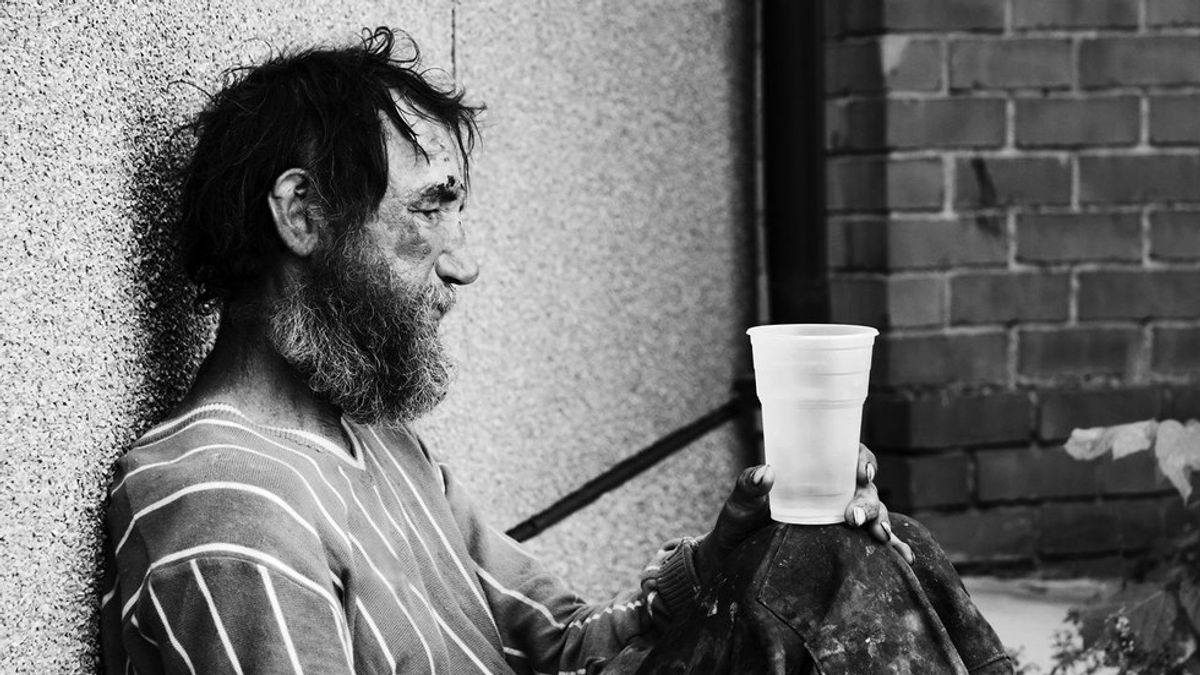 I live in New York City, so naturally I come across many homeless men and women when I’m out and about. Now, I’m the type of person who feels bad for people over the smallest things, so seeing someone in dirty rags sitting on the cold, hard ground begging for money makes my heart ache tremendously. When I first moved to the city, I was handing out dollar bills left and right hoping I could make a tiny difference in these peoples’ lives. However, as I’m sure many New Yorkers can attest to, after seeing homeless people everywhere you go, by the grocery store, in the park, on the subway, etc., it can be easy to become somewhat numb to the sight. You get so used to encountering this depressing image that you just start to ignore it. You realize that there are so many homeless out there, what is giving one dollar to one guy standing on the street going to do? Well, I’ve found myself feeling this way as well for a brief time, but I’m here to tell you I was wrong to question my acts of kindness and so are you.

As an example, I’m going to tell a personal story. I was walking back from Best Buy near Grand Central about a year ago. I just bought a brand new, and much-needed laptop for the beginning of the school year and was carrying it back to the subway when I came across a homeless man sitting down on the sidewalk. Like most people, he had a sign asking for help. I slowly, and reluctantly walked past him while trying to read his sign. I saw that it said something about needing to buy a train ticket to Yonkers where he would have a job opportunity and a place to stay. Many thoughts raced through my mind. The only thing separating him from getting off the streets was a train ticket? I paused at the end of the sidewalk, glanced at my brand new laptop, and turned around.

I walked up to the man and tried to start a conversation with him to see what was going on. He seemed shocked that someone was actually taking time out of their day to acknowledge him. He explained his situation to me. I sat down next to him and he told me how he used to be badly involved with drugs and alcohol. In fact, that's how he got himself kicked out onto the streets. He reiterated the fact that he had family upstate and a place to stay and work but couldn't afford the ticket fare. We talked for about 10 minutes, all the while I was considering what to do in my head.

I thought to myself, "I'm wearing a new pair of running shoes. I just bought a new laptop. Both these things I didn't need. I have a roof over my head and food to eat. This guy needs this train ticket to have a fresh start on a new life and get himself out of trouble." So, I said to him, "I'll buy your train ticket." He looked at me in disbelief as tears filled his eyes. I have never seen that look on someone's face up close. It made me want to tear up with him. He kept questioning me as if he couldn't believe that a random stranger would do something so nice for him. I guess he was just used to hundreds of people walking past him each day and not even taking the time to make eye contact or smile at him.

Anyways, to make a long story.. well a little bit longer, we talked logistics and it turns out he had to get some stuff out of storage still and I wasn't going to just give him cash for the ticket, so we agreed that I would pay his phone bill for him and when he was ready he would text me and we would meet up and I would buy his train ticket. I paid his phone bill and he did text me saying how grateful he was that I was willing to listen to his story and help him out, but he never reached back out to me to pay for his way up to Yonkers. To this day, every once in awhile I still wonder what he's up to or if he ever was able to get that new job. But, either way, I don't regret what I did.

Maybe it's paying a phone bill, maybe it's one dollar, maybe it's just a smile, but whatever it is, this simple act of kindness can and will make a difference in peoples' lives. Just because someone somewhere in their life made some mistakes and got them self into a situation where they don't have a home, doesn't mean they aren't regular human beings who deserve second chances and to be acknowledged and loved just like everyone else. Everything is temporary and just as one miraculous moment can help them get back onto their feet, one disastrous moment can put you into their shoes just as easily. These simple moments can change lives and it's up to you to decide whether it will be for the good or the bad.