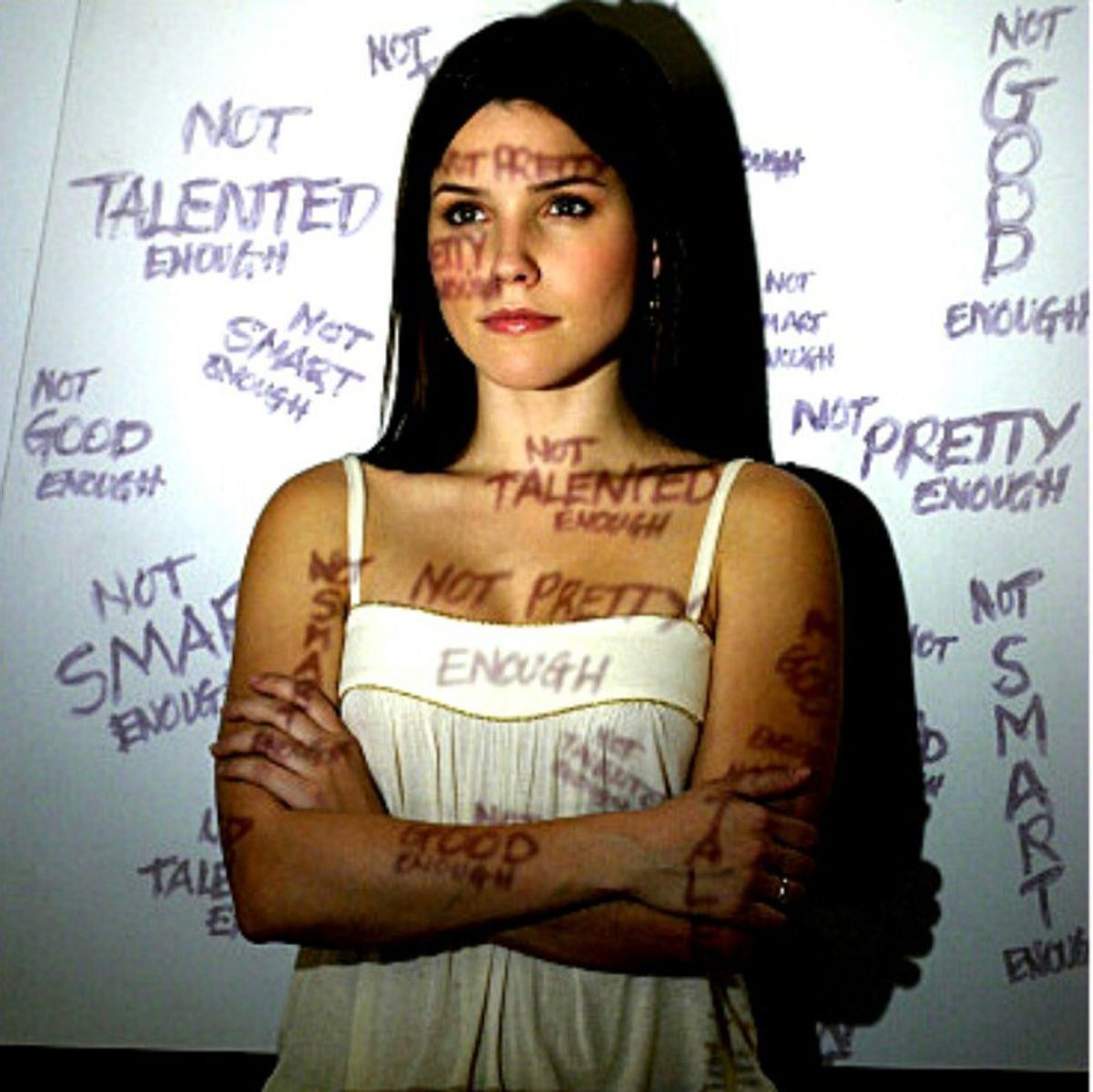 Oftentimes, when we hear the word "bully" or "bullying", we think of one person, or numerous people, being mean to another individual. While this is one kind of bullying, there is another, just as serious (if not worse) kind of bullying. This is self-bullying, and it happens more often than you might think. Many people have very negative thoughts about themselves, and it tears them down. Bullying already hurts, but when it comes from your own mind, it hurts worse and tears you down more.

How many times a day do you feel like your work is sub-par, or that it isn't good enough? Now often do you let not feeling good enough get to your head? How about not being smart enough, or not pretty enough? I want you to really think about how many times a day/week you compare yourself to others and tell yourself that you aren't enough of something. It doesn't matter if it's not pretty enough, not smart enough, not good enough, or even something I didn't mention. Do you have your total? How high is that number? I'm sure it's higher than you'd like it to be, I know mine is.

Self-bullying is the easiest thing to do and the hardest thing to stop. You shouldn't be comparing yourself to others and walking around telling yourself that you aren't enough of something. I know many people that get hung up on telling themselves that they aren't pretty enough. Stop that. You are pretty enough. You are more than pretty enough. It is not fair for you to compare yourself to that really hot person you saw walking down the street yesterday. Everyone's bodies are different, and that is what makes us perfect and beautiful. We all have off days, but that doesn't mean you should tear yourself down when you have your own off day.

Feeling as though you aren't smart enough and chastising yourself for it is my biggest downfall. Now don't get me wrong, I'm an A average student, but I hold myself to a very high standard. This means that in my mind, I cannot get something wrong, I have to have assignments done well before they are due, and if I don't understand something or it doesn't make sense to me the world is going to end. Holding myself to this standard is a blessing and a curse. It has allowed me to be a good student, but, I will admit that it is where a lot of my stress comes from. If I mess up or can't comprehend a new topic then I instantly feel like I'm not smart enough and that I'm never going to be able to understand it. Then comes the melodrama and the waterworks, and it gets me every time without fail. I try not to let it get to me but it does. The best thing to do in the situation where you don't think you're smart enough is to just breathe. You don't have to be perfect at everything (I have to tell myself this every day). You are allowed to make mistakes, you're human, it happens. There are going to be people in this world that know more than you do, but that doesn't make you wrong and it doesn't mean you aren't smart enough. As long as you are doing your best you're golden.

The habit of self-bullying is a very hard one to break (trust me, I've been trying) but it's one you should all try to break. If you don't let other people bully you then why should it be okay if you do it?

Glorie Martinez
112
Why I Write On Odyssey