Bullying: The Sixth Love Language
Odyssey
CurrentlySwoonLifestyleHealth & WellnessStudent LifeContent InspirationEntertainmentPolitics and ActivismSportsAdulting
About usAdvertiseTermsPrivacyDMCAContact us
® 2023 ODYSSEY
Welcome back
Sign in to comment to your favorite stories, participate in your community and interact with your friends
or
LOG IN WITH FACEBOOK
No account? Create one
Start writing a post
Health and Wellness

Because people only pick on you when they like you. 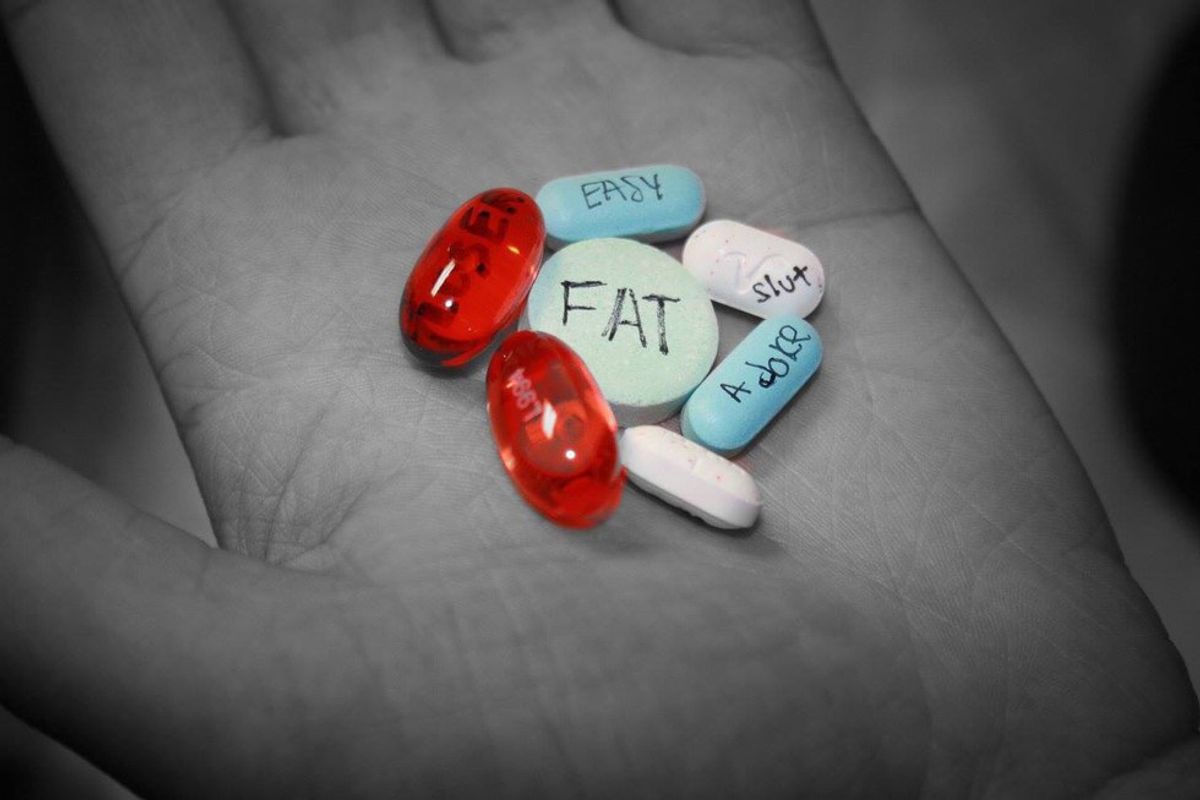 Perhaps you have heard about the five love languages (or something similar): physical touch, gift giving, quality time, acts of kindness and words of affirmation. It's theorized that people show love in one or two of these ways, but society seems to have created a sixth love language: bullying.

We would never call it that of course; bullying is much too harsh a word for what we do. No, we “pick on” or “joke with” or “tease" — never bully. Because it's just a harmless joke to call someone stupid. It’s just messing around when we call a friend a bitch or slut. In fact, those cruel nicknames they give you are a “right of passage.” Those names mean that you “fit in” with your friends and that they love you. They tell you “we only pick on the people we like.” After a while, they even get you to believe that you really do fit in. They begin to convince you to make fat jokes or stupid jokes about yourself and before you know it, those friends don't even have to make jokes or call you names because you do it to yourself.

I want you to listen to me: those people are bullies. They are using their words to hurt you and that is not love. It may not hurt at first — in fact, you may not even think about it — but after years of your personality and appearance being ripped and gnawed at, you lose who you are. But the worst part is not them calling you names. It’s you believing those names have meaning and relevance. Your friend calls you stupid for so long that you actually begin to wonder. Your brother says you’ll die alone so many times that you start to think you really will. That’s just wrong. Those people aren't joking, they are being cruel.

I feel like I can speak on this subject because I have seen both sides. I have been the bullied and the bully. I love sarcasm and witty digs. They are hilarious in tv shows so why not use them in the real world? For some reason, these jokes and names make me feel closer to a person. We go back and forth and it seems like we are both having fun. I know that I don’t mean those things I say and my friend says she does too, so it’s ok, right? I used to think so until the tables turned.

They told me that they picked on me because I was cool, but I didn't feel cool. It started in seventh grade and never stopped. At first, it was funny and unimportant, but then, the words got harsher and the digs got deeper. They stopped saying I was stupid and started asking me why I was even breathing. After a while, their words felt true. I was stupid, fat, ugly, alone and not worth the air I was breathing. You can imagine where those thoughts led me. I was broken. Their words, the words of my friends, broke me. How is that love?

How can it possibly be loving to call someone a name or to slander them? It's not. It's bullying and it's time we call it what it is. The Bible says to encourage one another and build each other up (1 Thess. 5:11). How is calling a girl a “whore” going to build her up? I think it’s time we learn what love is.

You might be reading and think I’m overreacting. You can think what you want, but I know this first hand. This isn't a small issue. Women who grow up thinking this verbal abuse is love may find themselves trapped in a physically abusive relationship because that’s what they think love looks like. We aren't just messing with people’s lives, we are changing our definition of love.

Love is patient, kind, humble, honoring to others, selfless, cool-headed, forgiving, good (not delighting in evil), honest, trusting, hopeful and enduring (1 Cor. 13:4-7). Nothing in that verse says that love is jokingly telling someone they are worthless or being rude or cruel.

Your words have meaning to them. Everything you say has a cause and effect. You have no idea what other people are going through or how your jokes or names could damage them. My co-workers, who call me terrible things, laugh behind my back and talk crap about me to my face, have no idea that their words cut me like knives. They don't know how many times they made me cry. They don't understand that no matter how many times they tell me that “they pick on me because they like me,” I will never believe them. They just don’t know what their words could push me to do.

Fortunately, I have a family who loves me, a best friend who is always there for me as well as other friends who support and love me. Moreover, I have God who thinks I am precious, but not everyone does. Not everyone has that hope. Do you want your words to be what pushes that boy to take those pills and never wake up? Do you want your fat joke to be what convinces that girl she should throw up her dinner? So I want us to try actually loving people the way the Bible tells us we should. It’s going to be easy (not for me at least) because everyone around me is still going to be doing it and it's become such a habit, but it has to start somewhere. Will you join me?