Society's Definition Of Beauty Is Dangerous
Odyssey
CurrentlySwoonLifestyleHealth & WellnessStudent LifeContent InspirationEntertainmentPolitics and ActivismSportsAdulting
About usAdvertiseTermsPrivacyDMCAContact us
® 2023 ODYSSEY
Welcome back
Sign in to comment to your favorite stories, participate in your community and interact with your friends
or
LOG IN WITH FACEBOOK
No account? Create one
Start writing a post
Health and Wellness

Society's Definition Of Beauty Is Dangerous

When are we going to stop listening to the lies? 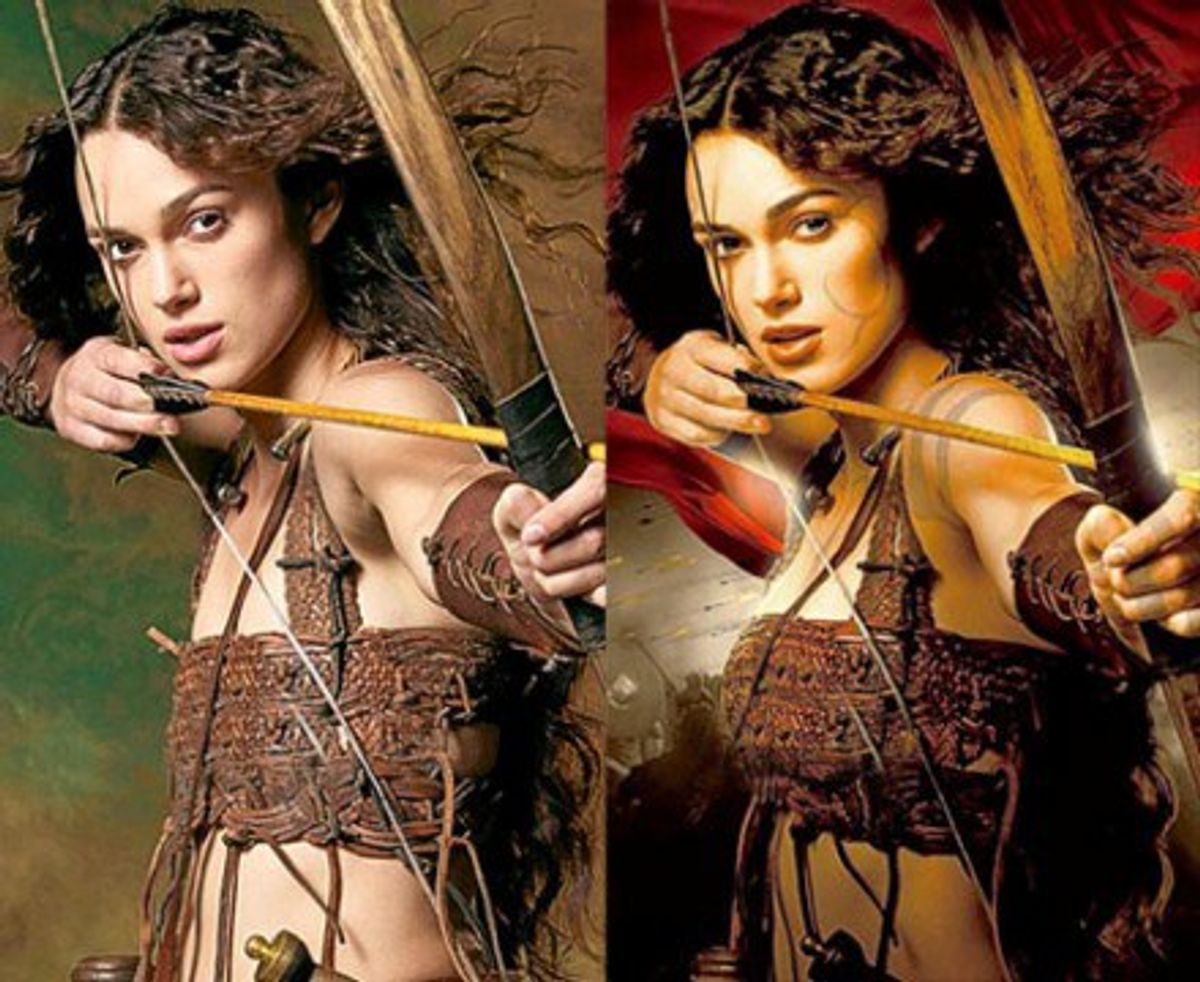 Society has been basing the definition of beauty on looks for as long as mankind can remember. We take a look at someone and immediately judge what we see. This is dangerous, especially for women, because of the emotional and physical chaos it brings. We are feeding into the lies that society brings to the table. Corporations and companies are brainwashing our perspectives and our bodies while God is laying out something completely different for us.

As I was doing a speech on beauty for a college speech class, I looked up the definition of beauty. According to Google, beauty is defined as “a combination of qualities, such as shape, color, or form, that pleases the aesthetic senses, especially the sight.” The simple fact that the definition only has physical qualities is a problem. Basing someone's beauty on their shape, color and form? Where are the qualities of a woman’s personality? Not only are women listening to this definition, but men are as well. More than likely a man judges whether you are beautiful or not by taking one look. As a society, we are doing everything we can to achieve this standard of looking beautiful.

Even corporations are falling into this trap. Photoshopping is prevalent in today’s world. You cannot flip through a magazine without a photoshopped image on every single page. You cannot sit down and watch TV without photoshopped commercials. Is natural beauty not good enough to be on the cover of a magazine, or in a TV ad? Surveys taken all over the world are coming up with crazy statistics about women wanting to change their bodies. One done by Allure magazine showed that 85 percent of women say they want their hips narrower, 93 percent of women say that the pressure to look younger is greater now that it has ever been and 97 percent of women said they wanted to weigh less. Why? So you can be “beautiful”? The definition of beauty has dangerously twisted how we see ourselves and one another.

This is also where eating disorders come into play. Now, eating disorders are not always a result of a woman being unhappy with her body. Some do so for various reasons. But studies show that the result of being unhappy with your body and wanting to look thinner makes a huge contribution to the illness of eating disorders. Anorexia Nervosa is the most common cause of death in women ages 15-24. There are 4.7 million women struggling with Bulimia, and Binge Eating is the most common eating disorder in the United Sates. Overall, 10 million females are struggling with an eating disorder in the United States. We are trying to fit into the unrealistic standard of what society says beauty is. A prime example of this is Barbie. If Barbie were a real woman, she would be 5’9", have a 39” bust, an 18” waist, 33” hips, weigh 110 pounds and have a size three shoe! Barbie would be considered anorexic. Society is lying to us and showing women unrealistic definitions of beauty. Why do we keep listening?

Next, we are going to look at what God says about beauty. In 1 Samuel 16, Samuel is choosing who will rule over Israel next. He goes to the house of Jesse and analyzes each of his sons trying to choose the next king. Samuel was looking only at the physical qualities of each man. The Lord ended up speaking to Samuel saying, “Do not consider his appearance or his height, for I have rejected him. The Lord does not look at the things people look at. People look at the outward appearance, but the Lord looks at the heart.” If the Lord Almighty isn’t even judging based on outward appearance, what makes us think we have the right to? God doesn’t stop there. For women specifically, the Lord says in Proverbs 31:30 that “charm is deceptive and beauty is fleeting, but a woman who fears the Lord is to be praised." Fearing the Lord has nothing to do with outward appearance, but everything to do with the heart. Beauty will fade no matter how much work you get done, or how much time you spend making yourself look good. Again, God does not stop there. Even more specifically, God says, “Your beauty should not come from outward adornment, such as elaborate hairstyles and the wearing of gold jewelry or fine clothes. Rather it should be that of your inner self, the unfading beauty of a gentle and quiet spirit, which is of great worth in God’s sight” (1 Peter 3:3-4). I’m not sure how He could’ve been more specific. He lays it out for us that our beauty should not come from the outside. The inner self and the unfading beauty of a gentle and quiet spirit is what is important. But of course, this is the opposite of what society is telling us with their definition. It becomes dangerous because women often listen to society and completely ignore God telling them and showing them that they are already beautiful and stray into a different path. If God so specifically lays out in the Bible what is beautiful, then why are women and men still seeking something else?

Do not be brainwashed anymore by society and its lies. We are all beautiful in our own ways, but do not base that solely on what you see.

Nicole Marie Nigro
Individual Creator
7031
c1.staticflickr.com
Where to start...... Let me start with the cliche that life throws us curveballs and what we do with it is what counts.