Memories from a television news producer 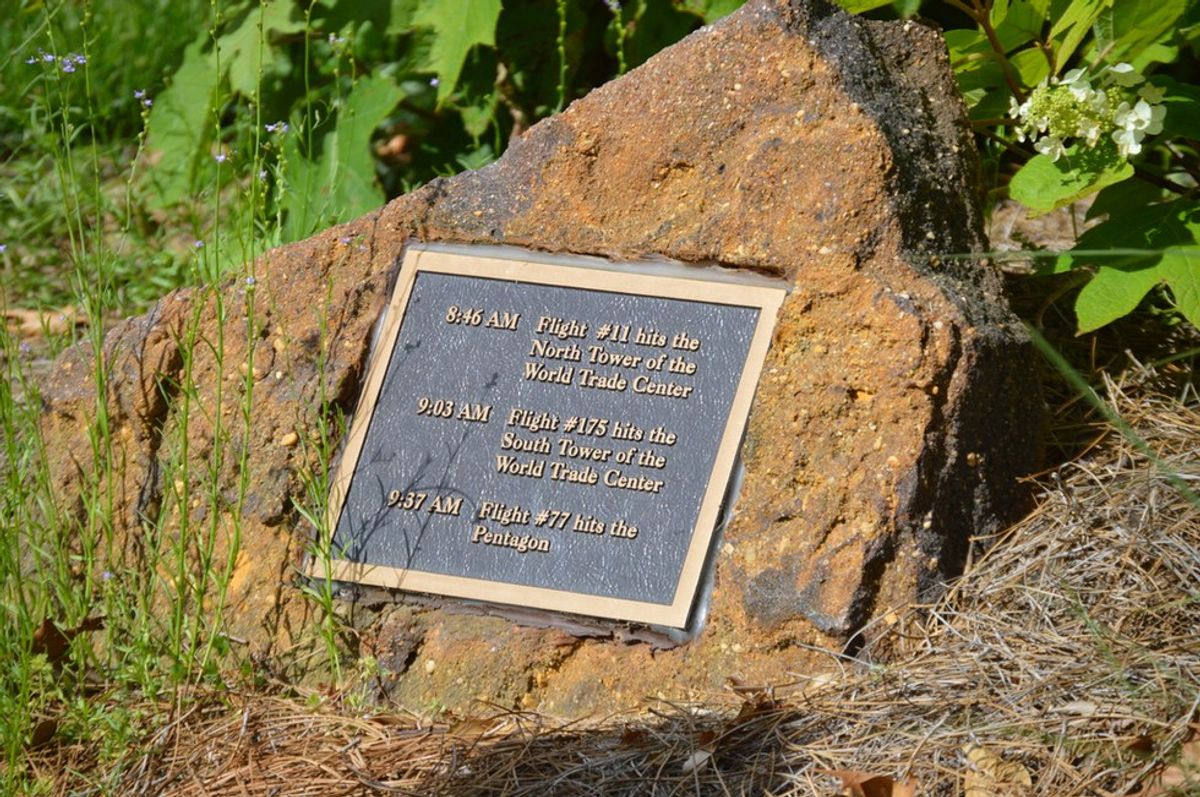 Fifteen years ago, millions of people watched a terror attack unfold , live on television. However, despite being a television news producer at the time, I actually slept through it all. It was about eight o’clock in the morning and I had just returned home after taking my one year old son to daycare. The night before, I had been working the overnight shift as a “trainee” for the last time. The morning show on September 12th would have me at the helm and I needed to get a good day’s rest.

For some reason, I turned off the TV a little earlier than usual. Can’t say I remember what the news of the day had been before I went to sleep, but of course that wouldn’t matter much the next day. With nine years experience in a TV newsroom, I knew I was prepared for my role as the station’s morning news producer, but little did I realize just how much I would need to draw on that experience my first day on the job.

When I woke up there were no signs that the world I knew seemed to be falling apart. I didn’t turn on the television. Instead, I was focused on going to pick up my son. The phone rang and my wife was on the other end. With a little anxiety in her voice, she asked, “do you know what’s happened?” Being a local tv person, I was thinking, big fire, a mass shooting, or maybe even some kind of man made disaster. Of course, I didn’t know what had happened. “A plane flew into the World Trade Center in New York,” she said. Immediately, I conjured up a vision of a small plane veering off course and slamming into the Twin Towers. My wife, who worked retail, had only heard about what happened and like me had not viewed the indelible images of jets flying through the tops of each tower and the buildings themselves crashing to the ground.

The chaos of the day led to early closings at area malls as well as the store where my wife worked. As my wife made her way home, I turned on the TV and sure enough, coverage of the horrific attacks dominated the airwaves. As I watched, I became numb as footage of the towers collapsing played over and over. Then there was the news from the Pentagon and the field in Pennsylvania where a brave bunch of passengers kept the carnage from becoming even worse.

After checking in with the tv station, I went to pick up my son. While nothing was really said, you could certainly sense from other parents and the daycare workers that the world had changed forever. I picked up my son, gave him a big hug and tried hard to not let him know the sense of fear about the future that I was experiencing.

While the tragedies happened hundreds of miles away, my wife and I were unsure what kind of ripple effects the attacks would have in the small Tennessee town where we lived. We filled up our cars with gas and withdrew some cash from the ATM, not knowing what would happen next. It appeared many others felt the same, preparing for the worst, but trying to go on with life as usual.

Around nine o’clock that evening, I arrived at work. It was all hands on deck as the executives looked at all the angles that needed to be covered, where crews needed to be set up and how to best get information to viewers. While the internet existed, and the station had a website, most people at the time still relied on the anchors and reporters to bring them the information, the video and the reaction to it all. My job on September 12th was to not only bring viewers up to date on what happened, but somehow thrust the stories forward and set the stage for day two’s coverage. It was a crazy roller coaster kind of show and in the end I think we did the job well. Of course there were some differing opinions on the “performance” but, in the end, none of it really mattered. The world had changed and the tv news world that I knew, and loved, had taken a dramatic and dark turn. I slept through 9-11 and woke up to a nightmare.