Most dress codes say to me that a male's education is more important than mine because I need to cover an inch above my knee so that he isn't distracted. 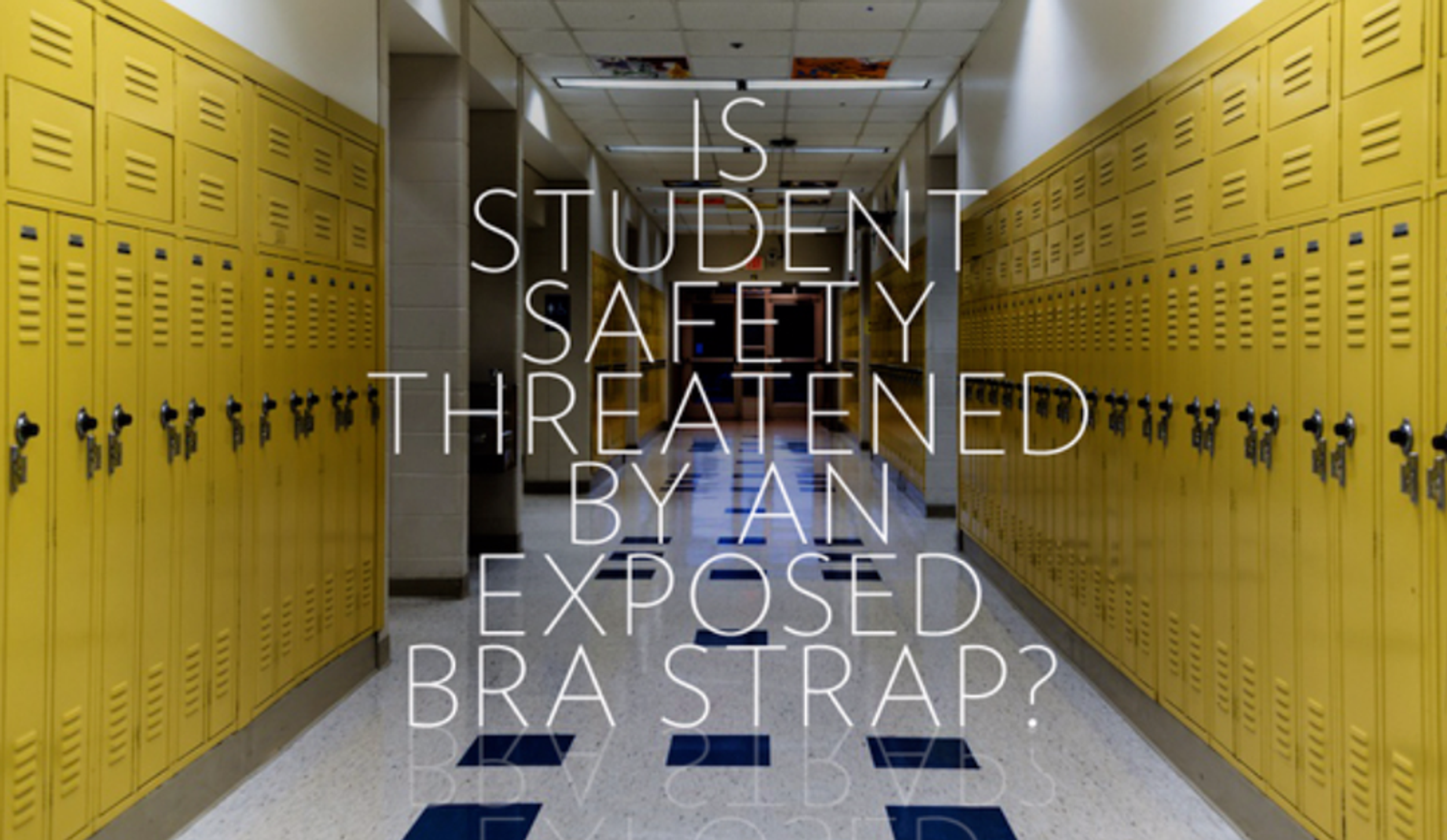 When I was in school, I never took it upon myself to follow dress code down to the very last word. I'm not sure if there was a dress code in either of the elementary schools I went to, but our parents dressed us then so it wasn't as important. Middle school we started growing up and dressing ourselves. Western Alamance Middle School was where I first came into contact with a school dress code. I don't remember a lot of the dress code, other than for the first year of middle school, our shirts were required to be tucked in. I definitely didn't follow this rule and others around me didn't either. The rule was taken out of the dress code the following year.

After three years in middle school, it was time for me to go to Western Alamance High School. Western Alamance's dress code was a bit stricter. They had rules for the length of your skirts, dress, shorts, and shirts. As my high school career progressed they even added that you could not have any shoulders showing, four finger rule or not. I wore what I wanted to wear, that still covered everything, and went about my day. Fortunately for me, the administration wasn't strict about the school dress code, unless there was something extremely wrong.

I can only recall two instances where I was called out for my attire, one was in middle school and the other in high school. In middle school, I was wearing a dress that didn't quite reach my knee and tights underneath it. Nothing was showing, but they pulled me out of class anyway. I remember them saying that if my father couldn't bring me a change of clothes that I would have to go home. So of course, my father begrudgingly left work to bring me a change of clothes. I still think that is ridiculous to this day. The other instance was during my sophomore year. My biology teacher, known as one of the teachers who enforced dress code, sent me to the office because my dress was too short. I went to the office and they held a dollar bill above my knee. (Your dress/skirt couldn't be higher than the width of a dollar bill) They told me that my dress was fine and sent me back to class. My teacher was not pleased when I came back.

The reason that I am sharing this with all of you is because I decided to dress according to my high school dress code for three days this week. I got this idea while watching a Buzzfeed video on Youtube, called "I Dressed According To High School Dress Codes For A Week". (You should really check out Buzzfeed Youtube videos, they are pretty cool!) In this video, Kristen dresses according to seven different American High School dress codes. I may have used one school and only dressed according to that dress code for three days, but it did teach me something. It is very hard to go from being able to wear whatever you want to college classes, to being hindered by a dress code, especially when you didn't follow it the first go round.

I wore my knee length, long sleeved, jean dress and my chacos. I did have to change into my Sperrys for work, but it still followed the dress code. I had to walk all over campus that day and it was hot. It was 93 degrees to be exact. I walked around in the heat all day and then walked myself home. By the time I got home, I was excited to take off the dress soaked in my sweat and take my second shower of the day.

I wore my favorite pair of jeans, my Jurassic Park t-shirt, and my black vans. I did not have to be outside as much on day 2 as I did on day 1, but it was still hot. The temperature for the day was 94 degrees. After day 1 and day 2, I was beginning to think that I needed to do a special load of laundry for these clothes!

On my last day, I wore a knee length printed skirt, a black t-shirt, and my Rainbows. I again, had to change into different shoes for work, but they still followed dress code. While at work, I had to go outside three times and with it being 93 degrees, I was pretty hot. I didn't sweat as much in this outfit as I did the others. One of the downsides to doing this while on a college campus is that I wanted to wear a pair of my heels with this outfit, (it would've looked much better with heels) but with all the walking I was doing, it wasn't a good idea.

Before I started dressing according to dress code, I went online and started looking for ridiculous school dress code stories and believe me, I found them. Seventeen Magazine did a great piece on this topic. I was appalled to see what schools were calling dress code violations for and some of their punishments. This article showed me just how easy I had it.

A lot of school dress codes are centered around females. My schools dress code did not separate into gender categories, but it was simple to figure out which rules applied to girls and which applied to guys. During my high school experience, females were the majority of people sent to the office for dress code violations. A lot of time the violation was so bad that the person really needed to be sent to the office, but there were cases such as mine where it was ridiculous. Dress codes that are centered around females sends the wrong message to girls everywhere. This can add to the body image problem and can also make girls feel inferior to guys, if they didn't already. Most dress codes say to me that a male's education is more important than mine because I need to cover an inch above my knee so that he isn't distracted. I saw a picture on the internet that described this feeling perfectly.

Dress codes are important because some people don't understand what is appropriate and what isn't. However, extreme dress codes and/or dress code violation punishments are not needed. If a school feels that they need to control how a student dresses that much then they need to just go ahead and have a standard uniform. To all you girls out there who have been body shamed because of your clothes, even if they aren't provocative, brush it off. You are more than what they say.

Any Western Alamance kids reading this, realize how lucky you had or have it!

Caitlyn Morral
St Bonaventure University
1422
Wordpress
Odyssey recognizes that mental well-being is a huge component of physical wellness. Our mission this month is to bring about awareness & normality to conversations around mental health from our community. Let's recognize the common symptoms and encourage the help needed without judgement or prejudice. Life's a tough journey, we are here for you and want to hear from you.