A Response To "I Am A Female And I Am So Over Feminists"
Odyssey
CurrentlySwoonLifestyleHealth & WellnessStudent LifeContent InspirationEntertainmentPolitics and ActivismSportsAdulting
About usAdvertiseTermsPrivacyDMCAContact us
® 2023 ODYSSEY
Welcome back
Sign in to comment to your favorite stories, participate in your community and interact with your friends
or
LOG IN WITH FACEBOOK
No account? Create one
Start writing a post
Politics

Feminism is not something you get over. 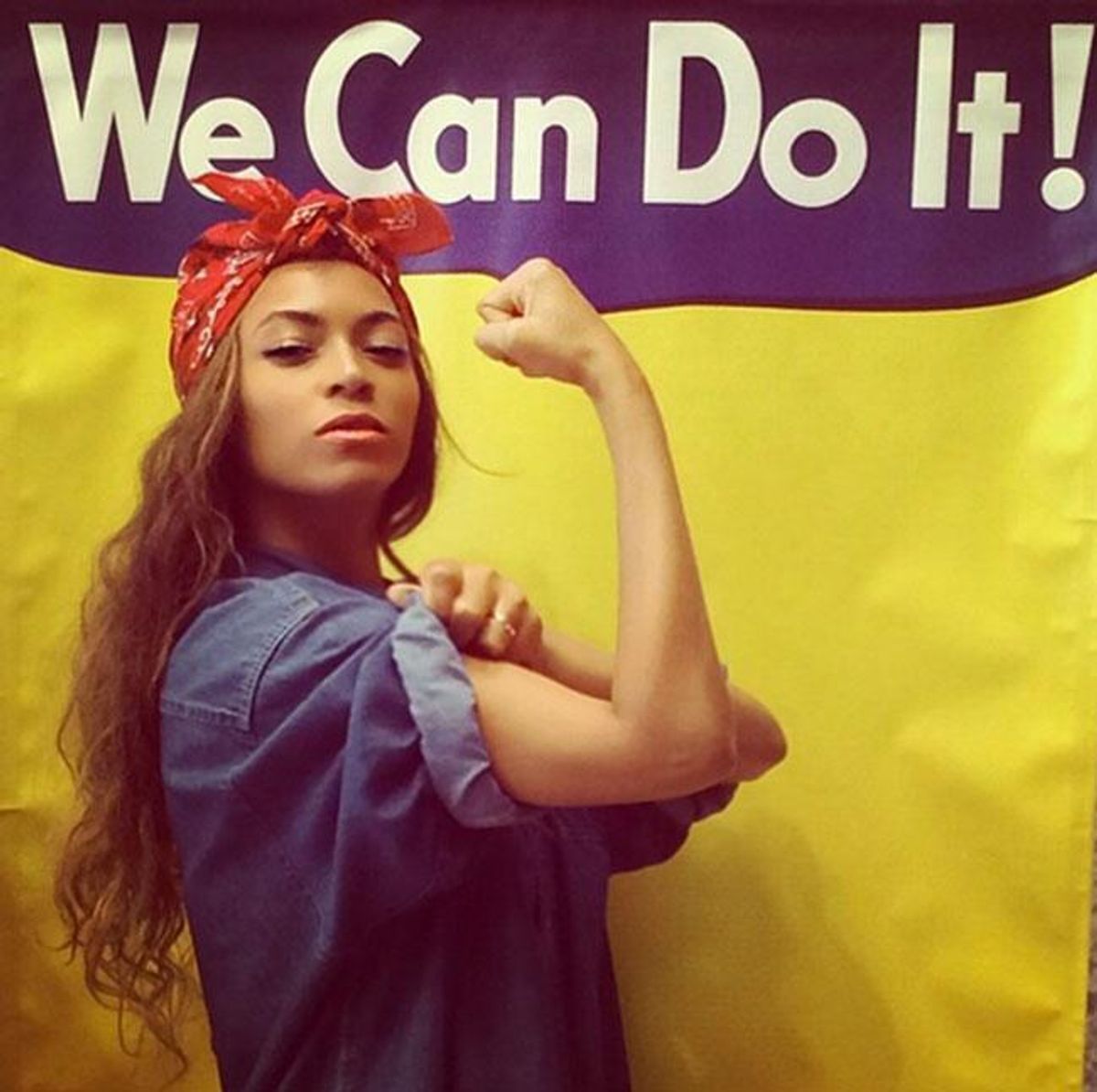 This is a response to an article that enraged me, "I Am A Female And I Am So Over Feminists." People often think of feminists as one big club of women who hate men and don't shave their armpits. Let me tell you that is 100 percent false. A feminist just wants equality. While yes, there may be more radical ones than others, for anyone, a female especially, to say they’re “over” feminists is a slap in the face to all of those who got us where we are today. Women’s rights were not just handed to us, they were fought for. Just because girls of our generation were lucky enough to be born in a time where we can attend college, get a job and vote, does not mean that the history of women in this country is not important nor is it something we are supposed to "get over."

Let’s start with the title. It is just plain rude and offensive. How any woman can be “over” feminism is just a complete reflection of the misogynistic society we live in. I am a woman and I LOVE men. I do not blame them for everything as her article says. The point of feminism is not to try and take down all men and blame them for everything that is unfair in this world. The point is to try and reform the inequalities that we are faced with as females every day. The world is an unfair place, I understand that. But when there are men and women both completely qualified to do the same job and the woman is making a significantly less amount of pay – that is a problem. She brings up that men and women have different bodies and are therefore not equals. Does body composition mean we should be treated any less than a man? At the end of the day, we are all humans and we should not forget that. Women (and men) have fought hard and sacrificed a lot to get us rights. The fight has been going on for years and we have made tremendous progress, but to forget the history behind that progress would be a travesty. The infamous glass ceiling is still there, and I applaud all of the women breaking through it each day.

I think the biggest problem I have with this article is that it is leaving out the fact that there are not only two genders. There are not only heterosexual people in this world. The author completely disregards the LGBTQ community when she writes, “The genders are meant to balance each other out”. Assuming everyone has had the same easy experience being a female as this author did is unjustified. As I read this piece and saw how black and white gender is discussed, it further proved how far we still have to come as a society. She writes, “Men and women are meant to complement one another – not to be equal or to overpower”. Okay, so now we are not meant to be equal? How happy would this author be if she was not allowed to vote in this upcoming election strictly because she has a vagina?

SO all my feminists, or should I say, humanists, keep fighting the good fight and do not let articles like this disrespect any of the progress that has been made.