Dear Republicans, Poverty Is Not A Character Flaw, It's Life
Odyssey

Dear Republicans, Poverty Is Not A Character Flaw, It's Life

Under the House-approved bill, anyone down on their luck will be sorry, out of luck 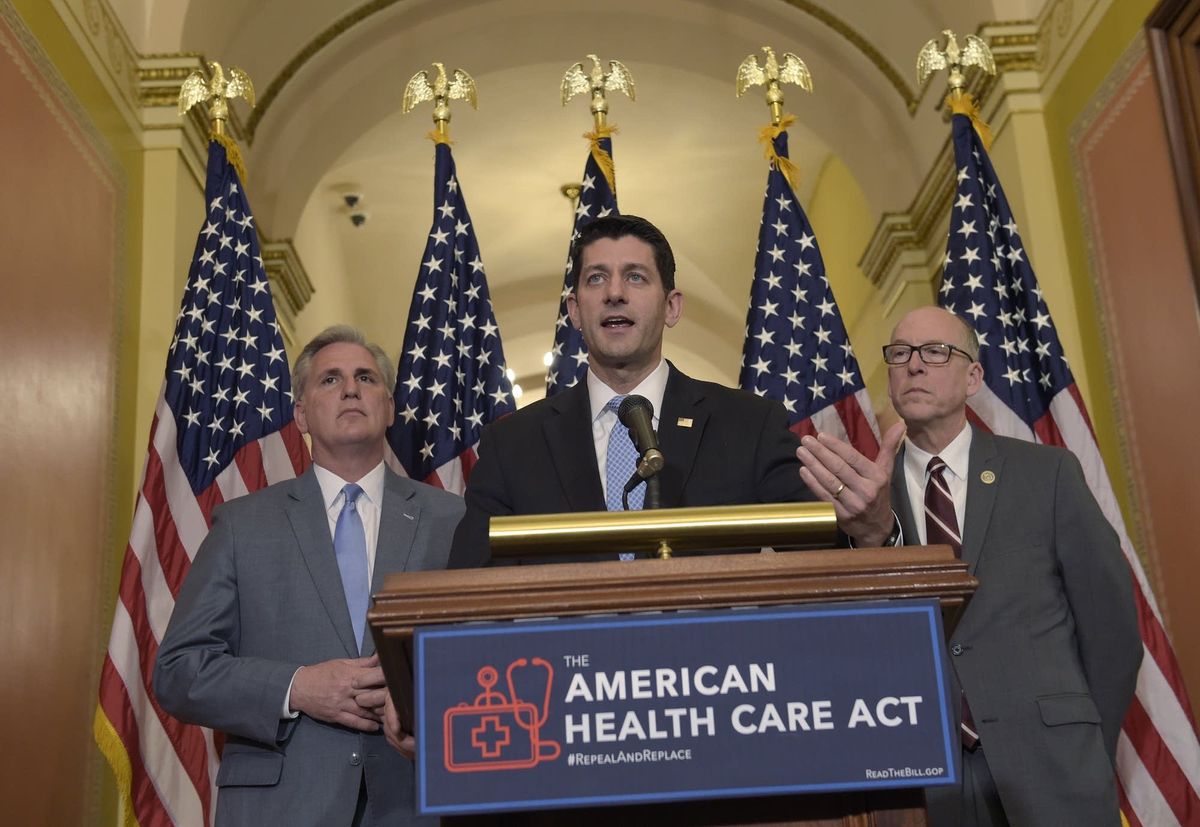 As of Thursday, July 13, the House of Representatives passed a new healthcare bill. Now that bill is off to the Senate, which hopes to bring it to a vote sometime this month. Although, considering the controversy that has surrounded this bill since it was one of Trump’s campaign promises, that seems unlikely.

The longer this bill is delayed, the better.

The main goals of this new Republican healthcare initiative is to cut the country’s spending on healthcare. While the United States is perhaps due for a redistribution of certain areas of federal spending, health care is not one of those areas.

In case it was not bad enough that we waited so long to attempt universal healthcare, now it appears the country will be taking a step backwards. The Affordable Care Act, however flawed, was a step in the right direction. People realize that now, hence how up in arms everyone has become since Trump started to talk about replacing the bill. Everyone complained about Obamacare until they realized it might be taken away. Don’t it always seem to go that you don’t know what you’ve got till it’s gone?

Nothing the Trump administration will come up with will compare to the ACA. Because the ACA aimed to bring health insurance to the masses, whereas President Trump is hoping to privatize health coverage once more. The new bill, with it’s cuts to Medicaide and services like Planned Parenthood, leaves low income families and anyone down on their luck, out of luck. It will return us to a pre-ACA world of healthcare where, for poor families, a cancer diagnosis meant going bankrupt.

The Republican party, for the most part, is made up of blue collar workers. These people know the value of hard work and know that hard times can happen to anyone. Yet Republican representatives too often seem to treat poverty like a character flaw. In their minds, if you can’t afford health insurance, it’s your fault because you should have worked harder, and therefore, you don’t deserve it.

But what if you’re a single mom, already working two jobs to give your child a future better than your present, and your only option for reproductive care is Planned Parenthood? What if you’re a 22-year-old, just starting out on your own, without the salaried job that comes with benefits like dental and health? Do you really not deserve access to the thing that will make your basic right of taking care of yourself possible, because of a situation beyond your control?

I grew up in the small city of Rochester, NY and graduated from an urban high school. For four years I ate lunch in the same cafeteria as classmates whose families were the ones served by the ACA. These were the same classmates who had to loan their parents money, instead of the other way around. Who got jobs when they turned sixteen and took over paying one of their family’s bills. Or who couldn’t get jobs, because they had to be at home after school to look after their younger siblings while their parents worked late to make ends meet.

Poverty is not a character flaw. It’s systemic. “Lazy poor people” are the exception, not the rule. Most people below the poverty line work harder than those above it. Yet there are so many factors in place, from arbitrary school district boundaries to a minimum wage that is not a living wage, that keep people stuck.

The ACA aimed to remove those barriers for people. And if you think you never benefitted from the ACA because your parents’ jobs always provided health insurance, think again. Are you still on your parents’ health insurance? The ACA is what set the rule so you can stay on their policy until you’re 26. Has Planned Parenthood ever visited your high school or college to give a safe sex presentation? A portion of Planned Parenthood’s current funding comes from the ACA. Not to mention Medicaide, which has seen a major funding increase under the ACA, is responsible for much of the nation’s mental health services, as well as covering mental health related prescriptions.

The goal of the ACA was to universalize healthcare. That’s why everyone benefits from it. You weren’t penalized for situations beyond your control, and you aren’t penalized for “pre-existing conditions.” Nobody’s completely healthy all the time. We are all bound to end up with some medical issue or another at some point in our life. So we should all have the ability to take care of it and get better.

The Senate hoped to vote on their version of the Republican healthcare bill this week, but have delayed the vote because Senator John McCain is out recovering from surgery. They are worried without his vote, they will not have the number they need to pass the bill. But even if he were to be present, there is no guarantee of his vote. Senator McCain has been decidedly noncommittal about the new bill, and has expressed some concerns. And he’s not the only Republican Senator not thrilled about the new Republican healthcare bill.

With Republicans in control of the White House, House of Representatives, and Senate, many predicted Obamacare would be repealed and replaced by now. Yet it hasn’t. Trump can’t get the support he needs, because the Affordable Care Act is not a bad healthcare system. It was a first attempt. It was bound to need work. Perhaps Republicans, for all their talk of repeal and replace, are finally realizing that.