Have You Ever Realized Where It All Ended?

Have You Ever Realized Where It All Ended?

Sometimes you have to learn through experience. Good and bad. 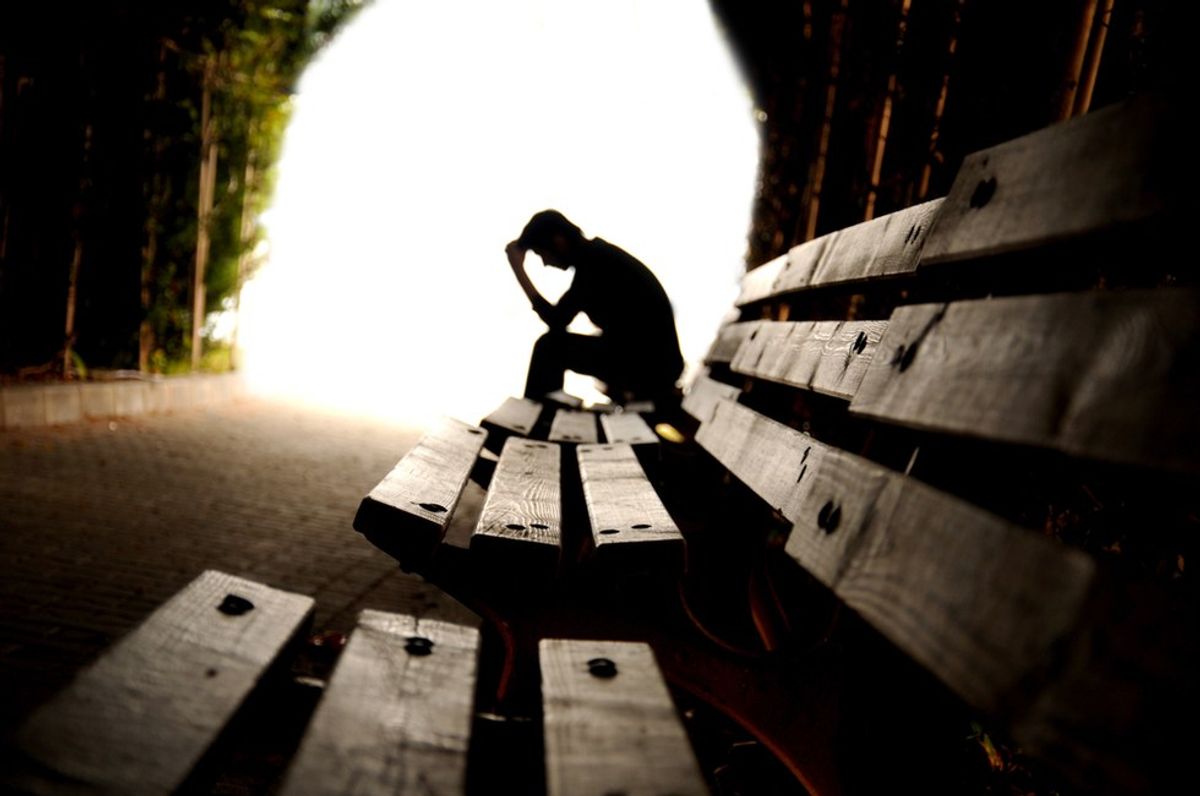 Maybe it was 4th grade when you came home bawling your eyes out to your mom about some kid who bullied you, saying things like, “You’re ugly,” or “No one will ever want you.” But, you realized that you always came home to a loving family who always wanted you, and told you that you were beautiful.

Maybe it was a few years later in 8th grade, when your friends started dating and experiencing new things, so you did too. You woke up disoriented, not knowing where you were, and not remembering what happened the night before. Yet you laid there realizing you didn’t need to experience the same things to be happy, or have fun.

Maybe it was when you were 10, and you watched your older sister bleed from her wrists to her knees, because your parents didn't accept her. Yet you realized, she didn’t lose worth because of her beliefs, and you loved her all the same.

Maybe it was hearing your father say you’re worth nothing as you watched him drown in alcohol every night. But you realized he was struggling with addiction, a mental illness, and wasn’t in his right mind.

Maybe it was your sophomore year, when things were going well and you told yourself you deserved a treat, so you drank with your family and had a good time. Except, you ended up hugging the toilet for an hour, and you realized alcohol wasn’t a logical way to "treat" yourself.

Maybe it was when you were 5, holding your parents' hands, hugging a bear in the hospital and hearing the doctors say you were going to die. And, you realized your family would go through, and give up everything, if it meant saving you.

Maybe it was when you were 7, watching your mom cry with your dad’s blood smeared on her clothes at 2 in the morning. Yet you realized even in the toughest of times, your family would still be there to protect you, even if it’s from themselves.

Maybe it was freshman year, when you cried for a week straight over your first love, wishing he wouldn’t leave because he was the only thing that kept you grounded. But you realized that your first love was just that, your first and not your last, and you only needed yourself to stay grounded.

Maybe it was watching your cat getting buried because you were tired of watching him suffer, getting closer and closer to death. And you realized that taking away his pain lifted yours as well.

Maybe it was when your best friend moved 6 states away, wondering if you’d ever get to see her again. But you realized, that no distance could hinder a friendship, and every moment shared would be special, even from across the country.

Maybe it was crying on your porch for hours, because you felt like you were never going to be good enough in any guy's eyes. And you realized that there was nothing wrong with you, you just hadn’t found the guy that would be worth your time, the one that would make you flourish.

Maybe it was junior year, when you were sobbing on the bathroom floor, because you felt like you were getting bullied at school. But you realized giving bullies the reaction they wanted didn’t benefit you, and was therefore not worth your time.

Or, maybe it was holding those 10 sleeping pills, craving to take your final breath of air because you’d finally had enough. Yet, you realized life wouldn’t get better if you weren’t living, and let the pills drop in the garbage.

It’s a constant feeling, that sharp aching pain in your chest, but know you can get through it and end it someday. It’s temporary anxiety, temporary pain, temporary obstacles that won't be there forever. Learning as you grew, cleared a smoother path. Feeling insignificant, empty, and broken were things you no longer knew.