Don't take for granted the powers of an American Olympian 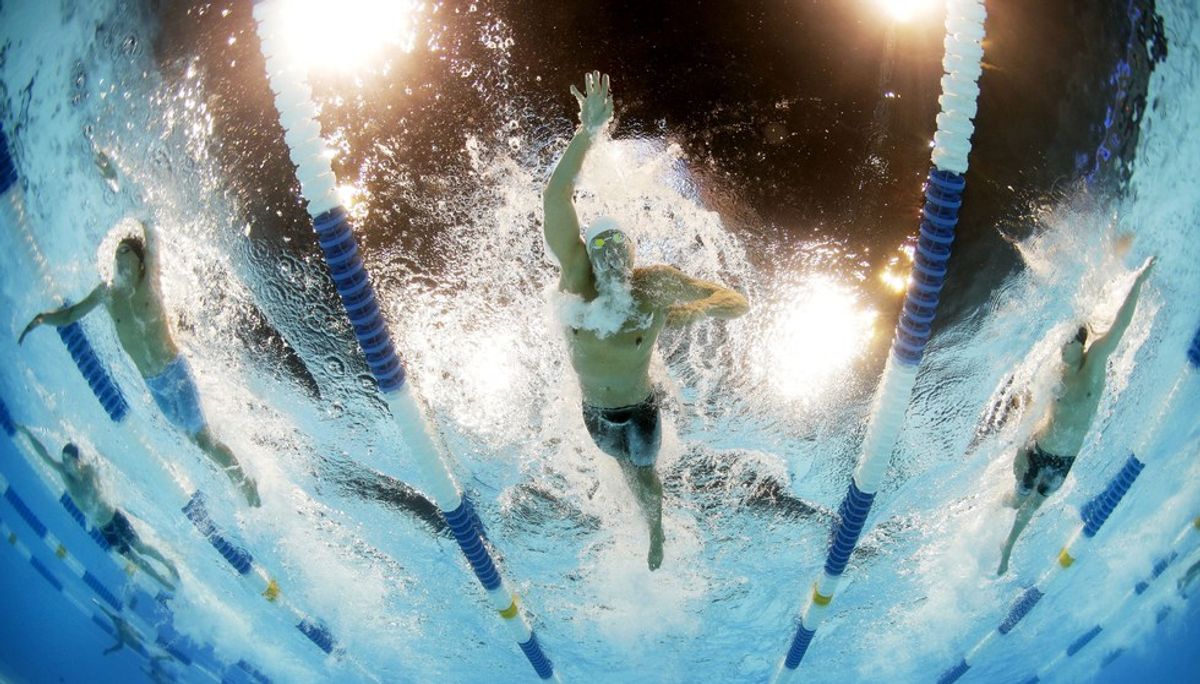 Clear your agendas, put down your books, cancel your plans, sit on your couch and turn on the TV. The Olympics are on—the one time I will ever tell someone to go watch TV.

The games are in Rio this time, and what a show has been put on so far! From what I have had time to watch (and catch up with online) I've noticed one pattern that I'm quite proud of—America takes all! So far, there's always been one American or another winning something, no matter what sport or event you watch.

There's something to be said about the multitude and astonishment that some of these athletes have shown throughout their olympic accomplishments. Take Mr. Phelps for one. He is the most decorated olympian of all time. That means: since 1896 (the year the first olympics took place) Nobody has gotten as many medals as Michael Phelps. Not even close! The United States have the most gold in swimming, and behind us is Brazil. Then what country? Michael Phelps.

Granted, those accomplishments can't be beat by any one Olympian in the history of the world, but there are tons of great American Olympians. Kristin Armstrong—the four-time Olympian has won gold in the past three Time Trial Bicycle Contests. Receiving her the most recent in Rio this year, at the age of 43. As she won, she completely collapsed, not even with enough energy to look at the scoreboard. All she could do was ask, "did I win?" from the ground.

What about Simone Biles? Rio is her first Olympics, being that she's only 19. Age is only a number: She led the "Final Five" (The United States girls' gymnastic team) to gold. With this feat in the backseat, she became unstoppable and received the overall All Around gold with a score of 62.198.

In this, one can't forget about Aly Raisman. She was the Simone Bile of 2012 in London—except she had someone fighting with her neck and neck: Aliya Mustafina from Russia. Raisman and Mustafina tied and the tiebreaker favored the Russian gymnast, giving her the gold. Well, Raisman came back this year, with her knuckles healed and ready to fight. She scored the silver metal right behind her teammate, scoring a 60.098.

The list could go on and on, couldn't it? I won't bore you with any more statistics (no matter how amazing they may be); I am just trying to prove the point. These American Olympians are more than just swimmers, gymnasts and cyclists—they're real heroes. When kids look at these Olympians accomplish all they could dream, it inspires. They think, "Hm. Maybe my dreams can be achieved, too." It inspires hope.

Each gold medal, is a symbol of hope to everyone looking to achieve any dream they might want to achieve. That's what Olympians like Phelps and Biles want—not to be gods, but to be the role models for the dreamers and doers of the next generation. Not just for the Olympics, for anything. The message the Olympics sends is that anything is possible. If you fail? If your dreams jump away? Get up, just like Raisman, look your dreams in the eye and you catch them. And don't let them go.

Glorie Martinez
703
Why I Write On Odyssey