If you're drinking more than normal, you're in good company. 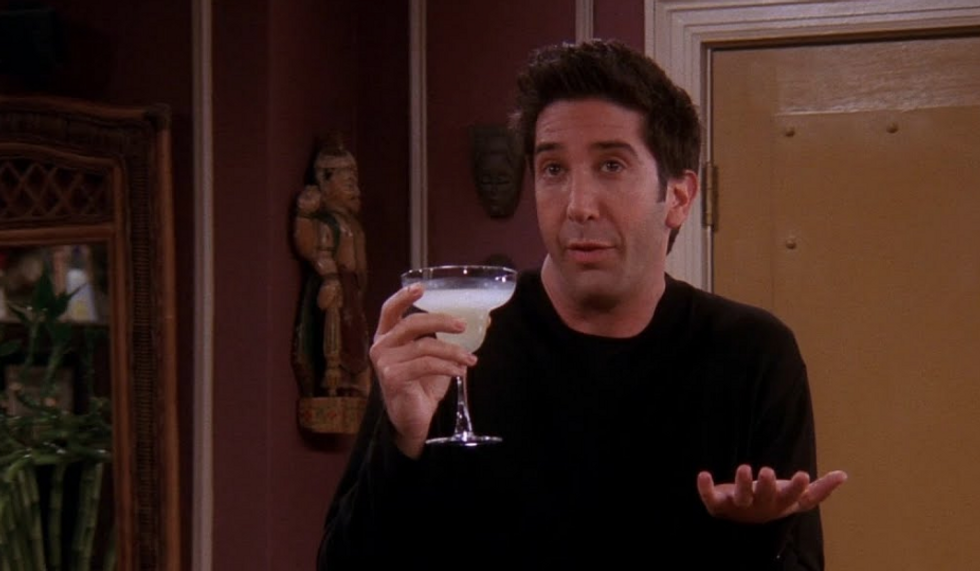 The world is facing constant change in light of coronavirus (COVID-19) bringing every socially responsible individual into their homes and firmly planted on their couches. With this new free time, individuals are finding plenty of ways to keep themselves busy. Some people are participating in home workouts and others are taking up tie-dye. But no matter what unique hobby people are taking up, one thing is certain — everyone is drinking more. No, really.

We surveyed our audience and while some are hitting it hard at noon and others are waiting for a more traditional happy hour as a whole, 54 percent of respondents are drinking more alcohol than they usually do.

This wasn't the only thing we learned. It turns out that 70 percent of respondents are drinking three-plus days a week.

Fourteen percent of respondents are drinking each and every day — seven days a week, folks. While some may find this alarming, it makes sense. Alcohol sales have spiked as individuals found themselves hunkered inside their homes with nothing better to do.

Of course, who you're quarantined with also makes a difference on your drinking habits.

Many adult children are finding themselves back at their family home for the remainder of isolation, and we found that these individuals are drinking an average of three drinks per day. Mom and dad have definitely loosened up since high school, as 20 percent of respondents quarantined with their parents say they've had seven-plus drinks in a single day; 6.4 percent have had more than 10 in a day. People quarantined with their partners are obviously spending their time in stimulating conversation, as they averaged three drinks a day; 18.5 percent having more than seven drinks in one day and five percent having more than 10 in a day.

Individuals quarantined by themselves averaged 3.7 drinks on a normal day, 32 percent have more than seven drinks in a single day and 17 percent have more than 10 in a single day. If you think the solo quarantiners stole the show, individuals quarantined with friends averaged four drinks a day. The real wow factor arrives on days these individuals hit their max — 57 percent had seven-plus drinks a day and 31 percent had 10-plus drinks. Who's to say the reason behind these numbers (although this expert has a theory, and this one, and this one), but the fact of the matter is, people are drinking, no matter who they're experiencing this pandemic with.

Overall, no matter who people were quarantined with, 50 percent of respondents began drinking before 7 p.m.

While we didn't have a Final Four this year, we can match up the U.S. regions to see who's drinking the most.

While the drink of choice varies, wine is by far the most popular beverage being consumed during this time.

Forty-three percent of people consuming alcohol are breaking out the wine glasses, and filling them with red, white, or rose. During the weeks that many Americans began their quarantine (mid-March), wine sales rose 66 percent. Online wine retailers saw a dramatic 250 percent increase in sales, yet most U.S. wineries are expected to lose 75 percent of sales in April. We're embodying "rose all day," but many are purchasing from large retailers instead of local, small business options.

This, of course, is for the sake of convenience that many Americans are craving, or forcing, into their lives. Online orders mean you don't have to leave your house and you can still participate in that 38th Zoom happy hour with your friends.

While local retailers may be suffering, we found that 82 percent of respondents are still braving the grocery stores to purchase their beverage of choice.

While experts state that ordering groceries online is the safer option amidst this pandemic, it seems the majority of people are still willing to risk if for their drink of choice. Sure, online orders are more expensive, and probably still support larger retailers or third party sellers instead of the local option — but it also spreads fewer germs. 9.8 percent of the people we surveyed said they're getting their supplies by carrying out their orders from local bars and restaurants, so it's the best of both worlds. If you are going to the grocery store because you NEED that extra bottle of wine for game night, just remember to practice safe social distancing.

No matter what your quarantine drinking habits look like, we'd like to remind you that just like Tito's doesn't count as hand sanitizer, filling your organs with alcohol will not fight off coronavirus infection.

If you are interested in contributing to Odyssey's Health & Wellness vertical, please email lily.moe@theodysseyonline.com.