Quade Coward Should Definitely Enter the NFL Draft This Season
Odyssey
CurrentlySwoonLifestyleHealth & WellnessStudent LifeContent InspirationEntertainmentPolitics and ActivismSportsAdulting
About usAdvertiseTermsPrivacyDMCAContact us
® 2023 ODYSSEY
Welcome back
Sign in to comment to your favorite stories, participate in your community and interact with your friends
or
LOG IN WITH FACEBOOK
No account? Create one
Start writing a post
Sports

Quade Coward Should Definitely Enter the NFL Draft This Season

Midwestern State has sent eight players to the NFL. Why not one more? 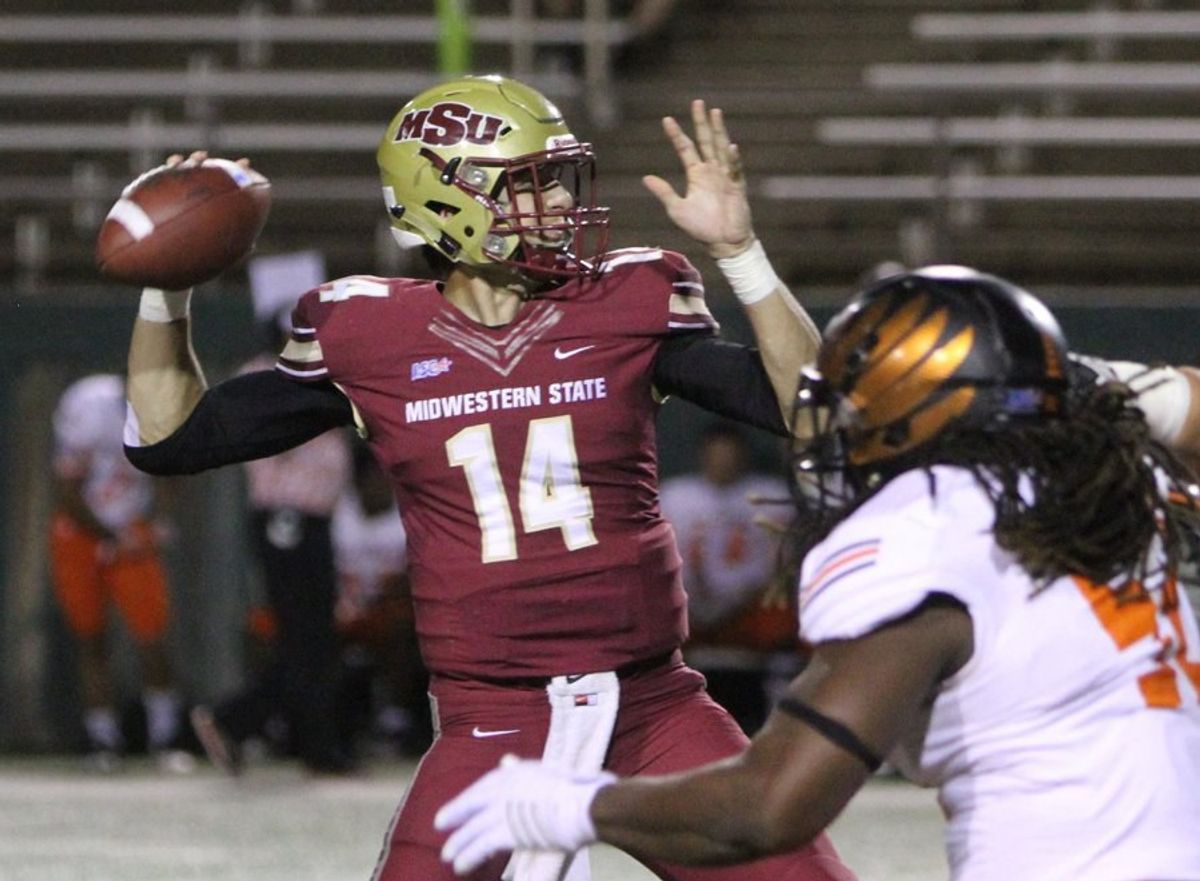 Come on Quade, go for it. Why not, right? Midwestern State has sent eight players to the NFL, and one of those eight was just last season. If you look at what the team accomplished last year, it's obvious to see that their quarterback, Quade Coward, can play.

This article will show you his best qualities, areas where he needs to improve, and why he should enter into the draft:

There were times this season where MSU trailed by big margins. Coward was able to put the team on his back, and lead the team to a win at the last minute. And, at the end of the year, he was able to lead this team to a playoff game. This characteristic would serve an NFL team really well.

Coward ran for 453 yards and five touchdowns last season, and some of these touchdowns were in key situations. Coward sees the field really well, and that will help him a lot during an NFL game. However, he will have to see it a lot faster because of how fast the professional game is.

The man took some big hits this season. However, he never left the field. He has been immune to injuries throughout his time here, and that really showed last season. Professional defenders can hit, so that strength will be a great feature in the NFL.

Coward threw for a 57.5 completion percentage, with nine interceptions in eleven games. This was one of the primary reasons the team found themselves down on the scoreboard a lot during the games. It was also one of the reasons the team couldn't win their playoff game against Ferris State (MI), that and the snowy weather.

This isn't saying he needs to make better decisions, but rather quicker ones. There were times he would sit in the pocket too long. If he tries that in the NFL, he'll get crushed, and that durability will have to come in handy more often than it should.

What I mean by this is he has to play the full game. When the game is going well, he can't just take a break. He, as well as the rest of the team, was notorious for this last season, as well as the 2015 season. We've seen how badly that works in the NFL. For example, the 1993 AFC championship game when the Houston Oilers lead the Buffalo Bills 28-3 at the half, and ended up losing in overtime, 41-38.

WHY HE SHOULD ENTER

He's got nothing to lose. If he wanted to enter, he could probably get drafted, learn under a veteran for a few years, and develop into a franchise quarterback. Quade, just do it. It would be a great opportunity for you.